The Normalization of Euthanasia in Canada Against Whites 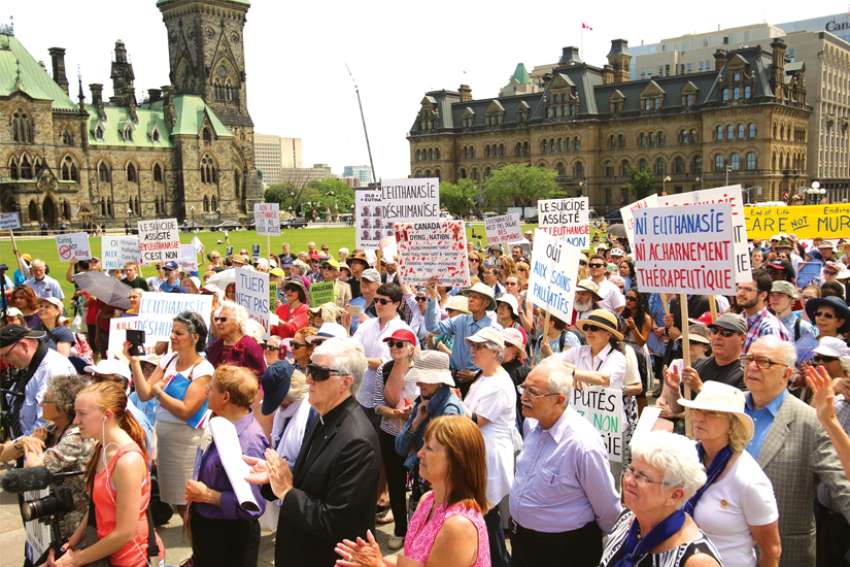 Many Canadians are deeply unsettled about the increasing normalization of euthanasia in Canada. Last year 10,064 Canadian lives ended in what has been termed as Medical Assistance in Dying (MAiD).

My first exposure to the subject of assisted dying was back in 2016 with the movie ‘Me Before You’. I remember going to see that movie and surmising to myself that the plot was about a young care worker who marries a disabled, but wealthy young man after teaching him how to overcome his depression. Unfortunately, I ended up leaving the theatre upset after discovering that the whole film was nothing more than a giant advertisement for why the weak and disabled should choose to die instead of preserving their lives. After all, it cannot be a coincidence that ‘Me Before You’ was released on June 3rd, just 3 days before the Parliament of Canada passed federal legislation that allowed eligible Canadian adults to request medical assistance in dying. This meant that instead of travelling all the way to Dignitas in Switzerland like Will, the quadriplegic in the movie, 1,018 Canadian adults were allowed to legally end their lives in their home country.

Jay Ruderman, President of the Ruderman Family Foundation stated “To the millions of people with significant disabilities currently leading fulfilling, rich lives, it posits that they are better off committing suicide.”

The pro-euthenasia organization Dying with Dignity celebrates this fact by stating, that “[d]espite historic gains in the Canadian end-of-life rights movement since 2016, too many Canadians are still unable to access their right to […] assisted dying rules – and other end-of-life options”.

Fast forward to October 24th of this year, and Simons, a fashion retailer from Quebec, decides to publish a glorified postmodern show about Jennyfer Hatch, 37-year-old woman from British Columbia, being euthanized just a day earlier. According to the National Post, Jennyfer wanted to live but “she chose to die instead after many failed attempts to find the proper treatment for Ehlers-Danlos syndrome”.

But it isn’t just people with non-terminal illnesses who are targeted in Canada. Real Women of Canada notes that Dying with Dignity “has spread its pro-death philosophy into hospitals and nursing homes” as well.

Fox News also reported that Canada’s Veterans Affairs office offered to assist suicide to Christine Gauthier, a 52-year-old retired corporal and Paralympian when she sought to have a wheelchair lift installed in her home.

Now with the advent of the so-called transabled movement, my mind wonders if those who “feel like impostors in their fully working bodies” will be given similar offers in the near future.

Of course, I can understand that many people today are afraid of death and do not wish to see the people they love suffer. For those of you who are familiar with Norse history, you may recall the senicide ritual known as Ättestupa, in which the elderly threw themselves from a high cliff.

As for myself, I like to defer instead to Ecclesiastes 9:4-12 which states that “[a]nyone among the living has hope—even a live dog is better off than a dead lion”, along with the words of the Welsh poet Dylan Thomas who urges us to “Rage, rage against the dying of the light“.

But whether you wish to die young or old, we can agree that there is something morally dubious about having the rights over life and death be handed to a regime that has been known to pardon or release convicted murderers.

Perhaps they just want to harvest our internal organs or maybe they are trying to save money to make way for more refugees.