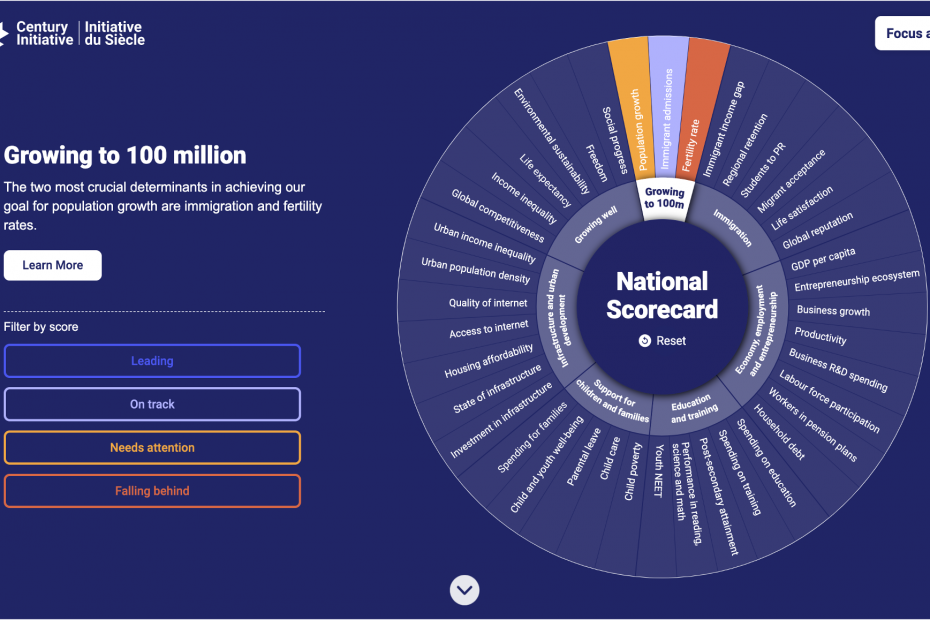 Radio Canada has published the results of its investigation into the influence of American consulting firm McKinsey on the Trudeau government. In an important piece, they explain that the extent of McKinsey’s influence has led some to suggest that the firm “may have a central role in shaping Canada’s immigration policies”. The National Post gave Radio Canada’s findings a prominent place in its First Reader news summary column: Is an ‘opaque’ U.S. consultancy behind Canada’s dramatic spike in immigration?. This echoes my own piece, which argues that the Century Initiative, a lobbyist group linked to McKinsey, is a major force behind the massive rise in immigration in recent years.

Radio Canada’s analysis shows that Immigration, Refugees and Citizenship Canada (IRCC) has awarded McKinsey $24.5 million in contracts since 2015, with IRCC and the Canada Border Services Agency (CBSA) accounting for 44% of federal contracts to the American firm. The two anonymous sources interviewed by Radio Canada, who “held major roles within the department during the height of the consulting firm’s influence”, revealed that McKinsey’s role in Canadian immigration policy has grown without the consent or knowledge of the public. 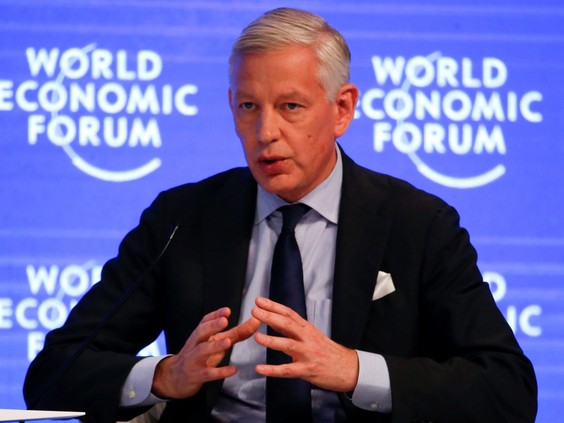 One source described the process as “completely opaque” and recalled that IRCC employees asked “to collaborate, to share our ideas, but it didn’t work”. The second source described McKinsey’s involvement with the IRCC as “an idea from the government” which “causes a lot of operational instability”. According to an official IRCC spokesperson, McKinsey was initially brought in to help with a “transformation of the department” which included digitization, but the contract was later revised to respond to new challenges during the pandemic.

Radio Canada was not able to develop a clear picture of what McKinsey’s involvement with the IRCC entailed. McKinsey itself refused to comment, and a freedom of information request to the IRCC resulted in documents which revealed only that McKinsey had facilitated or attended 10 meetings of a “transformation committee”. The documents did not contain details of these meetings. One of the anonymous sources described the presentations as “very generic, completely vapid stuff” about how McKinsey “would revolutionize everything”.

I have previously documented how McKinsey exerted significant influence on Canadian immigration policy through Trudeau’s Advisory Council on Economic Growth. The Council was chaired by then McKinsey Global Managing director Dominic Barton, who is also the co-founder of the Century Initiative, a pro-immigration lobby group advocating that Canada’s population be raised to 100 million by 2100. Unsurprisingly, in 2016 the Advisory Council delivered a recommendation to raise immigration to 450,000 per year.

The above information will not come as a surprise to most CEC readers. The Radio Canada article, however, has fortuitously added an important piece to the puzzle. Despite then Immigration Minister John McCallum expressing concern over the Advisory Council’s “huge figure”, one of Radio Canada’s sources revealed that the IRCC was “quickly told that the advisory council’s report was a foundational plan”. The Immigration Levels Plan for 2018-2020 allowed 310,000 immigrants in 2018, 330,000 in 2019 and 340,000 in 2020. The Levels Plan for 2020-2022 allowed 341,000 immigrants in 2020, 351,000 in 2021, and 361,000 in 2022. While McKinsey had extensive involvement with the IRCC through its federal contracts, we can see from the numbers that it also seems to have directly influenced Canada’s immigration level through Dominic Barton’s chairing of Trudeau’s Advisory Council on Economic Growth.

The Immigration Levels Plan for 2023-2025 goes beyond the initial recommendation of the Advisory Council on Economic Growth by allowing 465,000 immigrants in 2023, 485,000 in 2024 and 500,000 in 2025. This new number, however, can also be linked to the Century Initiative. In their Fall 2019 report titled For a Bigger, Bolder Canada, we find a call on page 22 to “pin the annual immigration target to 1.25% of Canada’s population” which “would equate to approximately 500,000 immigrants in 2026 if Canada’s population is around 40 million as currently projected”. The federal government appears to be following the Century Initiative immigration targets, on an even earlier timeframe than recommended.

Immigration Minister Sean Fraser has denied that Canada’s immigration numbers are being influenced by McKinsey, claiming that he arrives at his numbers independently, in consultation with “organizations, stakeholders, and provincial and territorial leaders”. The correspondence between the Century Initiative’s goal for annual immigration and the Immigration Levels Plan of the Trudeau government is sufficient evidence that the Century Initiative is the organization with the most significant influence over federal immigration policy.

More findings on the Century Initiative

Radio Canada’s report is important for informing the general public of the lobbyist groups behind Canada’s rapid, inorganic rise in immigration. Another aspect of the Century Initiative that I have recently uncovered is their sponsoring of pro-immigration social media campaigns. Their Growing well Toolkit provides ready made images, captions and hashtags on Canada’s alleged need for population growth. Visitors to the website can generate posts like the following: 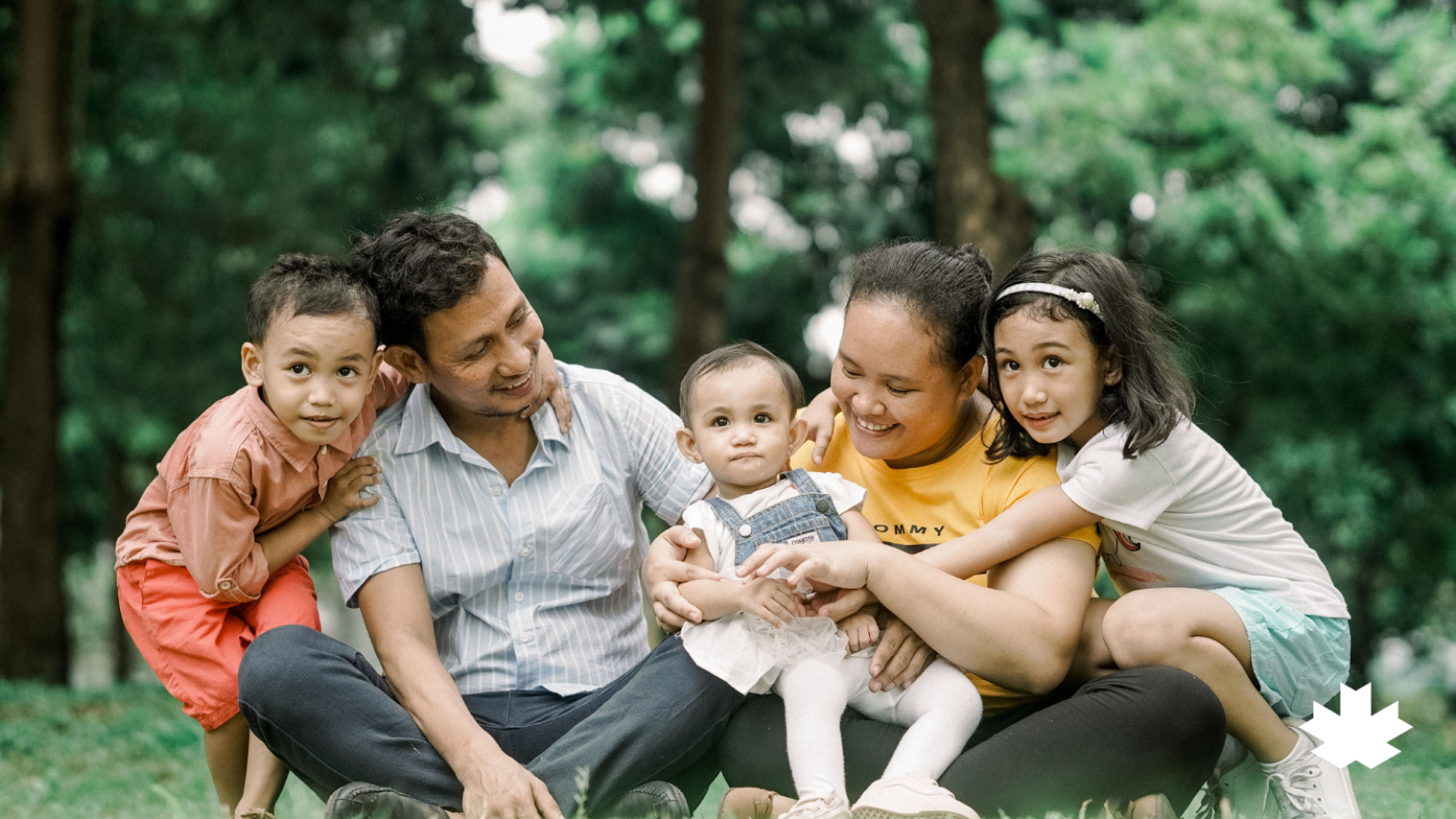 #DYK? Due to the pandemic Canada’s population growth rate was at its lowest in 100 years! If these trends continue, our economy will suffer. We will no longer be able to afford high-quality healthcare, education, income security, and much-needed infrastructure. #BigBoldCanada.

A picture is beginning to emerge of the true shapers of mass immigration to Canada. While so-called “conservative” websites like True North and Rebel News rarely break the Canadian immigration taboo, the CEC will continue to uncover the truth. The opponents of mass immigration in Canada must be armed with full knowledge of the lobbyist groups, non-profits, and foreign and domestic corporations who are promoting a migration larger than ever before seen in Canadian history. Poilievre has called for a probe into federal contracts with McKinsey, which will hopefully provide patriots with a trove of new documents and information to pore over.