Hoarding and Other Similar Pathologies 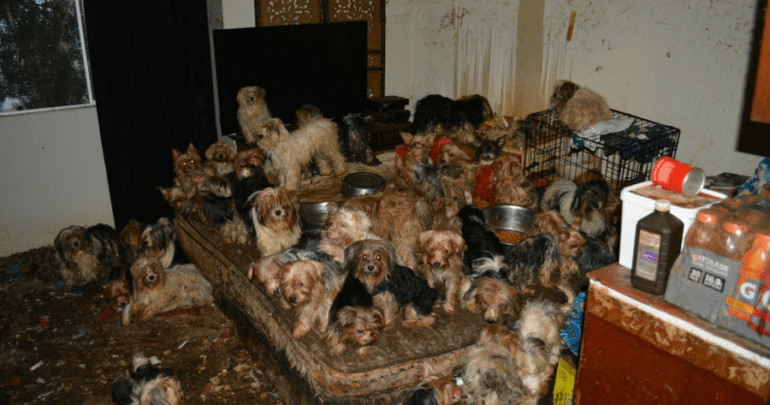 Collectors keep dozens, sometimes a hundred or a thousand animals in their homes, in filthy conditions. American scientist Gary Patronek has estimated that there are about two thousand animal collectors in the United States. (1)

The vast majority of hoarders are women, on average fifty-five years old, single, divorced, or widowed. The stereotype of the old cat lady is wrong as half of the collectors Patronek counted were employed, some in professions as mundane as teaching and real estate. Among them, Patronek even counted four veterinarians.

Cats are the favorite victims of collectors, followed by dogs, birds, reptiles, small mammals (ferrets, rats, hamsters), horses, cows, goats, and sheep. Many of them have a real menagerie in their house and on their property.

In every home, there is an accumulation of miscellaneous items such as newspapers, laundry, books, and garbage cans. Some collectors meticulously preserve dead animals. Many others have sexual relations with their animals. (2)

Researchers liken this habit to obsessive-compulsive disorder. “There are far more similarities than differences between obsessive-compulsive disorder and animal collecting,” notes researcher Gary Patronek, “the interaction between a living thing and a person gives it a level of intensity that does not exist with a pile of newspapers. (…) Collectors use these animals to fulfill their emotional needs, while denying those of their pets (…) Psychologists suspect a link between animal collecting and attachment disorders.” (3)

If the object of the passion varies, according to the inclinations and the means of each one, its origin is on the other hand the same: an unspecified psychological insufficiency. Thus, the collected object is more or less accessory, provided that the collector finds his fulfillment.

According to scientists Maria Vaca-Guzman and Arnold Arluke, “collectors do not lack arguments and excuses to justify their mania and make it more socially acceptable. This is how they clear their name and protect their self-esteem:” (4)(5)(6)

Some will use the Good Samaritan argument, claiming that these animals would have died anyway, and that by adopting them they are saving them from certain death. In their logic, death is considered an unthinkable option, any other possibility, no matter how horrible, is considered preferable. In other words, the Good Samaritan absolves himself of blame by giving his obsession a noble purpose. The “rescuers” who collect wild or domestic animals in non-killing shelters fall into this category.

Many claim to love their animals, deeply, as much or more than their own children. Naming their animals after their children or being loved by their pets is the ultimate proof of their love, and that all is well in the best of worlds. Collectors consider their pets to be an integral part of the family. They say things like:

We take good care of our pets, the proof is they are happy and they love us back (…) this is heaven for them (…) they play ball… they love it… they don’t have mange and they love to be here… did you see how this dog flicks his tail? This dog wants to play ball. It’s elephant man syndrome. Appearances are deceiving. It is not by things like this (conditions of captivity) that one should judge suffering. (7) 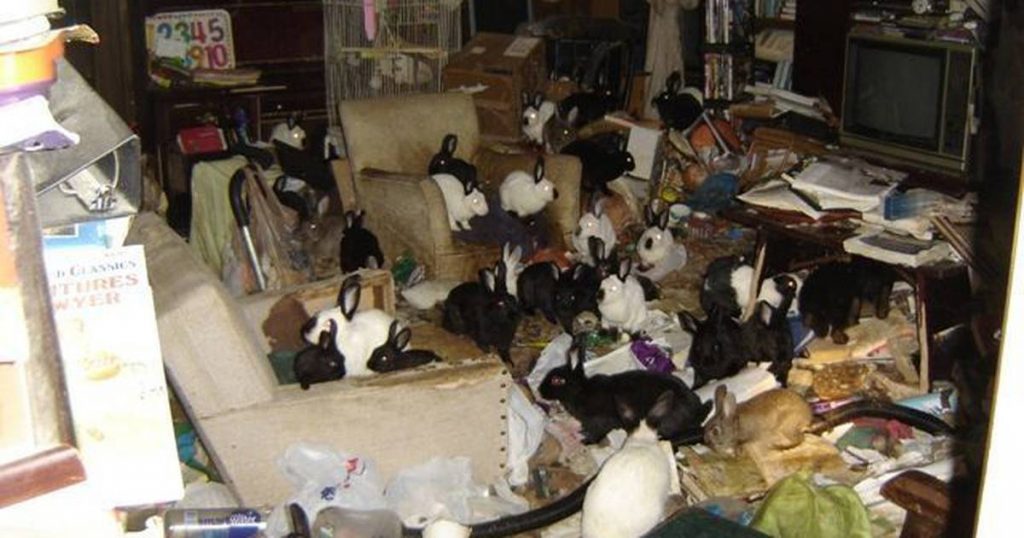 Other arguments of denial

Some deny the facts or minimize their consequences. Others try to divert attention by pointing the finger at those who take them to task and by calling them names (ad hominem attacks); they look for scapegoats by saying for example: it is society’s fault if animals are mistreated; it’s the breeders who produce too many animals; owners don’t have them neutered or are not sufficiently responsible for the animals under their thumb; some will plead ignorance, lack of know-how, good intentions, a physical or psychological handicap of some kind that prevents them from taking good care of the object of their devotion; the lack of intellectual freedom caused by a difficult life that pushes them to act in this way, against their will. Others confess to being under the influence of a mysterious force that the media calls “extreme love.” (8)

The most affected, and the most resistant, employ the full arsenal of excuses and justifications. Strategies of denial commonly evoked, to different degrees, by all animal owners, including animal activists who seem to be as unaware as everyone else that sometimes it can be cruel to be good. (9)

This psychological profile carries over to those who are fixated on money, accolades, knowledge, and ideas; fraudsters, corporations, and investors who accumulate money for no other reason than to enrich themselves; nations who hoard information, nuclear warheads, and soldiers; institutions and intellectuals who accumulate books endlessly in private or public libraries; breeders who herd millions of animals into unsanitary, unspeakably cruel factory farms, and authorities who hoard children in factory schools to be indoctrinated into the logic of consumerism are also unaware collectors.

Hoarding, in the broadest sense, a generic term which can be applied to all neurotic forms of accumulation, is an escape, a means like any other to ease the tensions inherent to the human condition. Pollution and destruction of biodiversity, moral decay, gender dystopia, race-mixing, multiculturalism are the equivalent on a planetary scale of the filthy conditions typical of animal collectors’ houses.

According to this version of things, the current pet craze is a hidden form of collective hoarding.