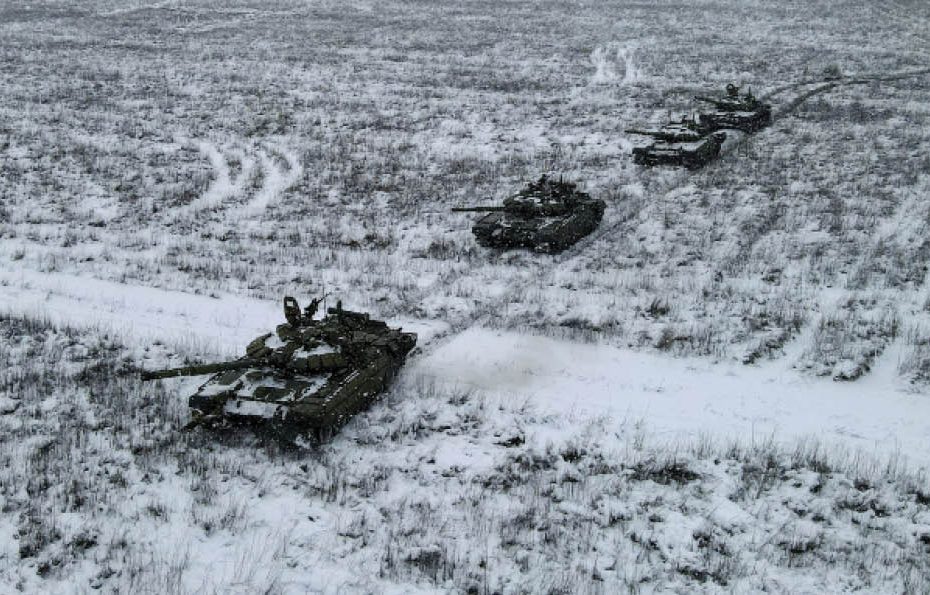 Every morning Moscow scans the 10-day forecast for Kiev, looking for a period of really hard frost. Currently the coldest daytime temperature forecast is -5°C, not enough. What’s needed is a week of -10°C or below.

They have all the data plotted on a chart: the speed frost enters Ukraine’s black earth (Chernozem, incidentally a Russian word), the weight bearing of each centimetre of frost, the weight of their newest tanks. When the forecast says enough soil has frozen, the tanks will roll.

A train of new Russian tanks in winter camouflage was photographed several weeks ago heading west. None has appeared on the battlefield. Where are they? Russian soldiers are currently wearing light brown uniforms on the front line, but in the training areas, they’re all wearing white winter gear.

Why does the temperature matter? To understand why, you have to go back to the Battle of France in 1940 when Erwin Rommel and Heinz Guderian smashed through French defences, most of them at crossroads and in towns.

Rommel’s panzers were told to avoid the towns and head straight across country on the hard packed May and June fields. When the German High Command started to get nervous and ordered him to stop, he laid telephone lines behind him and kept on going. French troops were shocked to see German tanks many miles behind their lines. As a result, French morale collapsed.

Now look at where the current front lines are in Ukraine; they’re all clustered around the border of the Donbass, where Russian troops are gradually grinding their way forward. Currently they have fire control over Bakhmut, which will fall soon, revealing hundreds of Polish troops, among others.

But why? Why would Russia keep plugging away at the hardest place on the line, with the most fortifications and the most Ukrainian troops? Well, because it wants to keep the focus of the AFU where it is now. Until General Frost arrives.

This is what Ukraine chernozen looks like at the moment.

Then the Russian armour will come charging through the snow banks far to the north, covered by hundreds, perhaps thousands of helicopters and fighter bombers. Just like Rommel and Guderian, straight across country, across frozen streams, around towns, through the bush, all at 80 kph.

Three hundred thousand fresh troops, trained in quad spotting for mobile artillery, will be involved. New anti-missile carriers will be closely integrated in with the armoured front. Hundreds of mobile armoured heavy artillery will be on the move. Russian strategic bombers will pave the way dropping fuel-air (thermobaric) explosives with their incredible power.

Certainly not. I haven’t spent the past nine months game planning this attack, but someone has.

It all depends on the weather, and Winter is coming.