Terror In A Rural Canadian Community. The Day When A Power Outage Cut Off The CBC For many citizens who live in rural or hinterland Canada, the CBC is not a luxury. It is a lifeline to the soothing lies that get them through the night. Religion is hardwired into the human psyche, and in a nanny state like ours, religion takes the form of an unshakeable belief that government has our best interests at heart and the state broadcaster is an impartial oracle of truth. Whenever the flow of its imparted wisdom is interrupted, havoc ensues.

Such is the case in my small island community, which is habitually subject to high winds and disruptive weather events that capriciously sever power lines and block the roads. When those events occur, immediate help is seldom afforded. Oftentimes we are left to our own devices for the whole day or night, or longer. And if there is one thing nanny state folks don’t like, it’s having to be self-reliant. In their mind, self-reliance spells self-centredness or independence from the collective. That’s why a majority of them vote for parties dedicated to its eradication. But nature has its own agenda, and its own timetable. Sometimes it lays waste to our best laid plans, in complete disregard of our expectations and sense of entitlement. Sometimes government and government services are not there for us.

This was the case in early November of this year. Without warning, we lost power. Lights went off. Appliances stopped working. Meals weren’t cooked. Land lines were inoperative. Morning coffee was not brewed. But much worse than that, NDP supporters couldn’t get the CBC.

For them, that was the tipping point. Being inconvenienced is one thing. But being left alone to interpret the world with your own senses is another. Life without hot coffee or a hot shower or a hot meal is a bloody pain. But life without a daily injection of socialist ideology and misinformation is another. For an NDP cyborg, missing that injection is as grievous as missing an insulin injection is for a seriously compromised diabetic.  To survive, a Borg Unit must stay connected to the hive mind.

If you need to comprehend the enormity and tragedy of this problem, then it is best to illustrate it in human terms.  This is how the power outage affected these NDP residents: 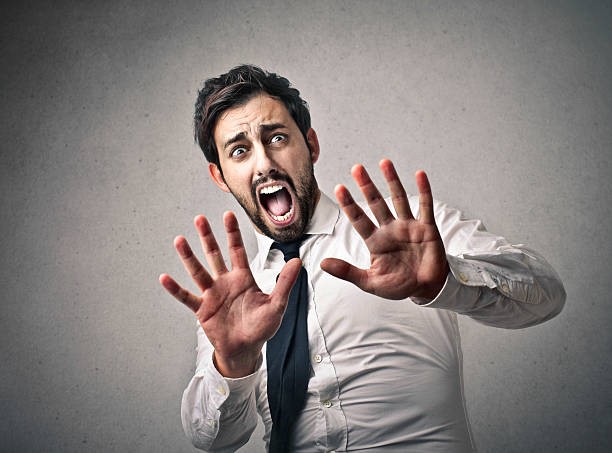 With the protective shield of CBC misinformation down, Hugh was panicked by the intrusion of an incoming fact and dangerously vulnerable to an alternative narrative. When his sister Barb tried to dispense information that she had read in a pamphlet or from a competing news outlet, he stepped  back and put up his hands to maintain a safe social distance. To Hugh, a rogue fact unfiltered by the CBC was more lethal than the Covid virus. 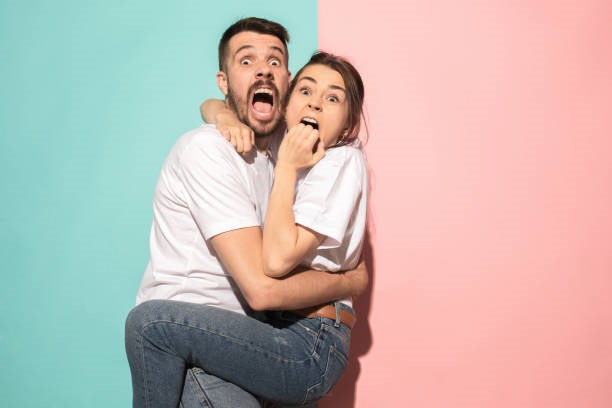 John and Jean Dower were similarly traumatized. As luck would have it, no sooner did they learn that they couldn’t get their morning fix of Bolshie bullshit from the CBC, when a People’s Party canvasser armed with the truth walked through their partially open front door. The looming prospect of future home invasions like this has shaken this largely NDP community, who only days earlier were gleeful when they heard that Trudeau’s proposed gun regulations would deprive conservatives of the ability to defend their families from actual harm. 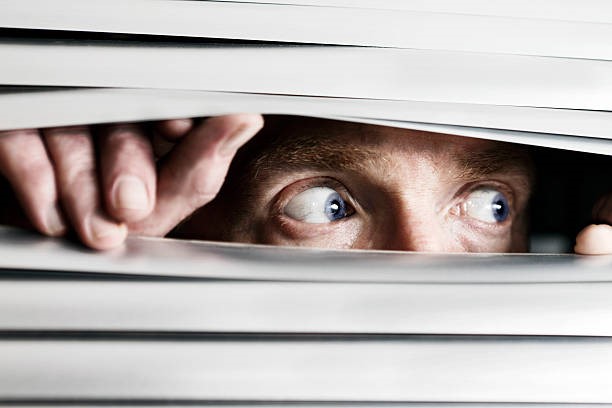 No longer able to find safety in the CBC bubble, island residents like Paul Barker were terrified to learn that the Truth was at large, unencumbered by censors. Hiding behind barricaded doors, Paul nervously peeked between the blinds for the approach of factual news that might threaten his family and turn his whole life upside down. The knowledge that vaccines and masks could not prevent the reception or transmission of the virus or that the Freedom Convoy was not funded by foreign actors as the CBC claimed might be enough to push him over the edge. 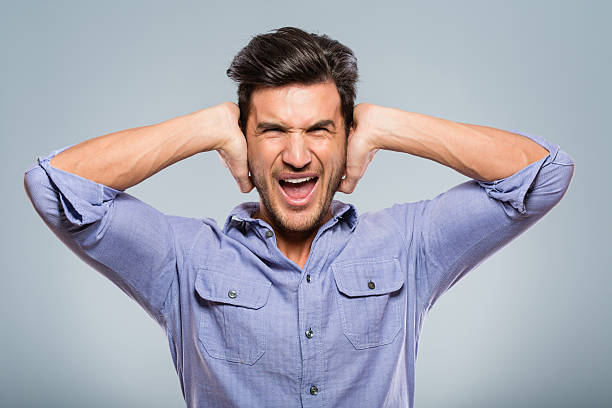 Hear no evil. When Jim learned that the CBC was inaccessible and Truth had the field all to itself, he had no recourse but to cover his hears, as he had been doing for decades when he was a Director in the local government. He tried to fill the void by focusing on his back pain, and constantly reminding people that he still suffered from it, but that did little to mitigate his sense of extreme vulnerability. Without the CBC to distract them, there was a greater chance that his former constituents would find the time to probe further into his financial improprieties.

The foregoing was just the tip of the iceberg. Hundreds of island residents suffered from the same anxieties.

For CBC addicts, the worst part of a CBC blackout is the awful realization that they would suddenly have to think for themselves and do their own independent research and fact checking.  But unfortunately, the human brain is like the muscle in any human appendage. It must consistently used, or it atrophies. The best advice I have to offer them is this. Step out of the CBC Matrix and take your brain for a walk. God knows it could use the exercise. Alternatively, try plugging into a range of conflicting opinions from across the political spectrum. Read to challenge your beliefs, not to shore them up.  Do that and you build new neural pathways and you sharpen your thinking.

When Friends of the CBC delegate their thinking to their trusted information gatekeeper, one with a proven record of telling flat-out lies and silent lies (lies of omission) they become a repository of falsehoods and a purveyor of propaganda.  When the CBC tells them, for example, that the Freedom Convoy was primarily funded by foreign donors and the festival of love was a demonstration of hate rife with neo-Nazis and white supremacists, they swallow it whole. Just like the story about someone in ER at a Tennessee hospital dying from an overdose of Ivermectin, which the CBC contended was “horse paste” unfit for human consumption. A double-lie in one news item. Such is their faith and reliance in the CBC that it can be reasonably assumed that many of them would go outside in the heavy rain without their umbrella if a CBC weather reporter told them that it was a dry and sunny day.

Realistically little can be done to redeem a True Believer.  CBC groupies are fatally contaminated. It would be easier to deprogram a Moonie than it would a Friend of the CBC. The only hope is to intercept the CBC before it takes root in an innocent brain. But how can that be done?

The most effective prophylactic against indoctrination is a command of logic and the development of critical thinking skills. But since a disproportionate number of devoted CBC listeners graduated from university with a liberal arts degree, they are equipped with neither.

In the meantime, after transmission lines were repaired and power was restored, shattered socialists, Greens and Liberals in the community gathered their thoughts and reflected on their day of tribulation. They conducted an autopsy. The consensus was, as one would expect,  that the answer was not to be found in taking personal responsibility for embracing misinformed opinions or performing due diligence in seeking out truth, but rather in the provision of yet more government services. For collectivists like  them, there is not a problem in the universe that cannot be attributed to lack of government “funding”.

To that end, it has been resolved that the NDP government should hire an army of certified mental health counsellors who would staff a round-the-clock Suicide Prevention Line for CBC Addicts who are driven toward self-harm when the CBC is down. It would available 24/7 for those they find themselves alone and helpless in the face of politically incorrect facts that they can’t deal with.

This is not a novel concept. The BC Ministry of Health has already provided a template for this situation when they provided Covid information help lines so that worried citizens could be quickly disabused of any truths they might have been exposed to, like for example, the truth that masks are useless and the vaccines did not in fact prevent the acquisition or the transmission of the virus and that contrary to the government line, the Covid pandemic was evidentially NOT, repeat, NOT “the pandemic of the unvaccinated”.

There was a clear understanding that Canadian taxpayers need this $1.4 billion/year albatross hanging around their necks whether they like it or not, even when falling viewer market shares have indicated that they decidedly don’t like it. The primary objective is ensure that CBC Pravda itself survives whatever cuts a future Conservative government might prescribe, including outright defunding.  It is imperative that the Trudeau-Singh regime continue to infuse compliant media like the Toronto Star with hush money, most especially the CBC. It keeps the Liberal-NDP alliance in power and their supporters out of the loony bin.  My personal preference would be that they be confined to the loony bin so that the rest of us could restore sanity to the world outside of it. But hey, who am I? I’m  just a misogynist white supremacist non-vaxxer whose views Justin Trudeau regards as unacceptable. Un-Canadian if you want to know.