Open Letter: Save The John A. Macdonald Statue at The Foot of Queen’s Park 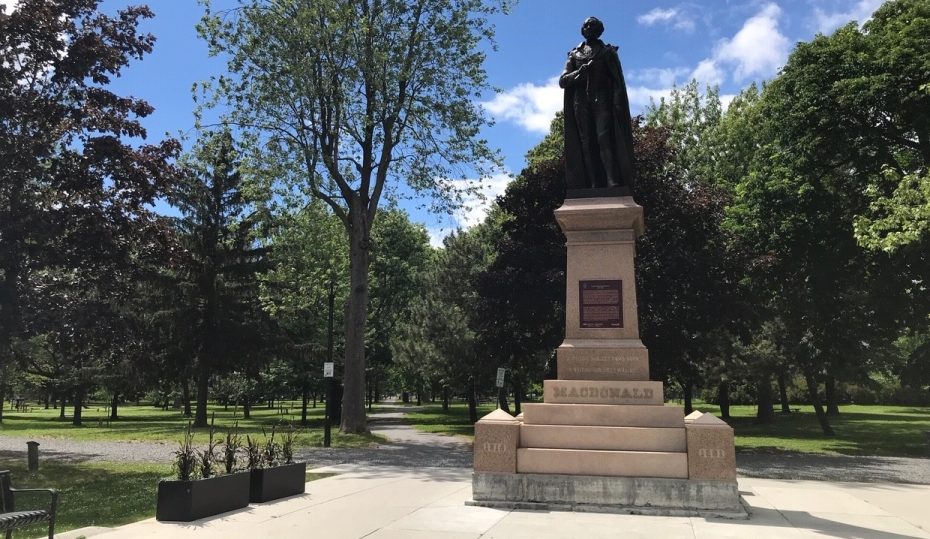 The Sir John A. Macdonald statue in City Park in Kingston, Ont.

I am writing to you because I am a patriotic Canadian with a family history in the Toronto area going back six generations. I am concerned about the wanton destruction of our proud history by the political left. I am even more concerned by the apparent compliance of the Progressive Conservative government of Ontario, giving into violent Marxist vandals every time they raise a fuss.

My immigrant ancestor, William Lawson, was a Methodist preacher who came to Toronto in 1829, from Cumberland County, England. He almost certainly would have known Egerton Ryerson personally. In my opinion, Ryerson has been treated in a biased and unfair way by historical revisionists, who are determined to portray him in a negative manner. Following the implementation of Responsible Government in 1848, Ryerson helped to design the education curriculum and his progressive policies were intended to assist the indigenous people, not harm them.

In June of 2021, a group of leftist vandals, including Peruvian national, Miguel Avila Valerde and others, toppled and destroyed the statue of Egerton Ryerson, on Gould Street, at the Ryerson University Campus. The incident occurred after a demonstration to support the alleged 215 indigenous children whose bodies were allegedly found buried in an apple orchard at the site of the former Indian residential school in Kamloops, British Columbia. 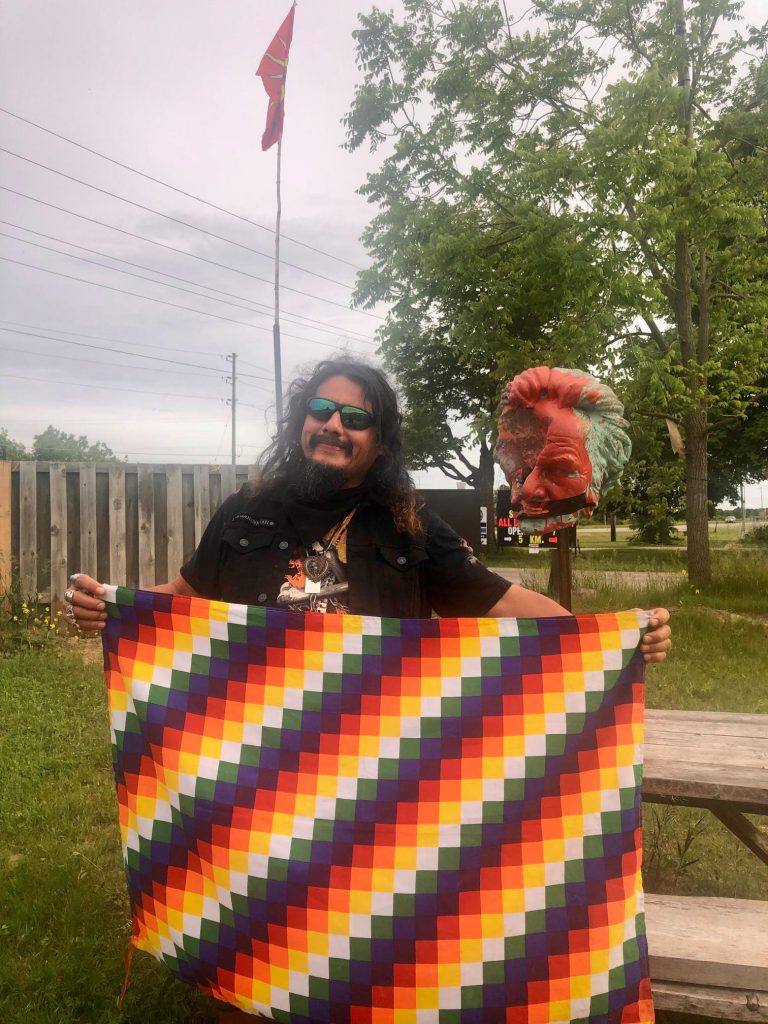 In the June 2021 Ryerson campus incident, the police were apparently on site, but they left the site and did NOTHING to stop the statue’s destruction. I subsequently spoke to a number of police from the relevant Division and the response they allude to is that they did not prevent the destruction because they did not have the support of Toronto City Council and other levels of Government and none of the police wanted to be featured apprehending a vandal, on a cell phone video, mounted on YOU TUBE, which might end their careers.

Miguel Valerde is from Peru. What do you suppose would happen if I went to Peru and proceeded to attack a statue of Simon Bolivar, the founder and liberator of a number of Latin American countries from Spanish colonial rule? I expect I might be jailed and deported, however an Ecuadorian acquaintance of mine has advised that I would probably be killed by the local people, as they love their country and cherish its founder. This is in contrast to us here in Canada, where children have been brainwashed in schools to hate their country and to despise its founding fathers.. WHY ?

We are witnessing the increased influence of cultural Marxists, who follow a textbook method in the playbook of communist propaganda, which involves always having a narrative of victimization they can promote. They have to have a victim and a villain. If they do not have a convenient villain available, then they will manufacture one by twisting the truth and telling lies. In recent years they have vilified the founder of Halifax, Edward Cornwallis and had his statue taken down, using a stacked committee, set up by Halifax City council. The Marxist  historical revisionists then  moved on to Egerton Ryerson and then to John A. Macdonald. After they are finished with these two important figures, they will next attack Wilfred Laurier and William Lyon MacKenzie King. The ultimate goal is the erasure of any important white Anglo-Saxon people from our history books, in order to pave the way for implementation of Globalist-Marxist “utopian” society. This is not the sort of world I want to live in. People like me will vote for a Conservative government because we want the government to CONSERVE things, to maintain status quo.  Increasingly, so called conservative governments in this country very quickly bend to the left, as soon as they get into office, betraying their traditional base in the process. Erin O’Toole is a good example of this.

In a news broadcast, you referred to the “human remains” that were allegedly discovered at the site of the Kamloops Indian residential school.  In researching this topic, I have spent many hours reviewing various news reports and so called “expert” opinions. My view is also informed by fact that I have a degree in geology, I studied geophysical exploration and I worked in the exploration geophysics department at a large oil company in Calgary. In contrast, Sarah Beaulieu, the woman who conducted the ground penetrating radar (GPR) survey upon which the inflammatory claims of 215 burials are based, is not a trained scientist, nor a professional, rather she is an anthropologist. She also has a conflict of interest, in view of her indigenous background. People with a proper technical background will understand the limitations of the GPR : all it will tell you is where there is a contrast in the soil density, that’s all. In order to conclude that a human burial had taken place, you have to perform a dig. To date NO EXCAVASIONS HAVE TAKEN PLACE AT KAMLOOPS AND THERE IS NO REAL EVIDENCE OF ANY BURIALS.

These facts points to the mostly likely reason why: the entire narrative is a rather poorly concocted fraud. THERE NEVER WERE ANY BURIALS in the orchard at Kamloops. The CBC Fifth Estate documentary on this site contains nothing but hearsay, myths and indirect allegations. I spent hours going over that program, which was re-broadcast.  The conspirators in this drama know they have a problem, because as soon as the original allegations were questioned, the claims of 215 burials were quickly reduced to “200 potential burials”.

Federal Minster David Lametti recently has appointed an “interlocutor” (an indigenous women) and provided her with $10 million and two years to produce a report on native grievances and burial sites. She does not have authority to investigate crime. Her job will be to prevent a proper investigation. If the Kamloops orchard had been a real crime scene, the appropriate procedure would be for the RCMP to secure the area and then initiate a forensic examination and organize a dig, in junction with the local coroner’s office (as was the case with the Willie Pickton site, in lower mainland  B.C.). The fact that this has not been done speaks volumes. Reports also indicate that the RCMP is reluctant to get involved because it has been politicized. The cops do not want to lose their jobs.

In connection with the Truckers’ Freedom Convoy in Ottawa in February 2022, you decried what you described as “desecration” of Ottawa monuments and statues, such as the War Memorial and the Terry Fox statue. No defacing or lasting damage was done to either of these monuments. Contrast your comments about these Ottawa monuments to the fate suffered by important statues here in Toronto, such as King Edward VII statue (by Brock) in Queen’s Park, the John A. Macdonald statue (by McCarthy) in Queen’s Park South, which is now behind plywood, the Ryerson statue (by McCarthy), which has been destroyed and more recently the Robert Burns statue in Allen Gardens, which has been defaced and is at the center of an illegal native encampment, which the City of Toronto refuses to remove. Why are you not equally outspoken about the latter monuments?

It is unfortunate that the matter of the John A MacDonald statue was not dealt with in a more direct manner and instead it was given to Speaker, Ted Arnott, to deal with. The obsequious words posted on plastic sign on the plywood box are nauseating to read.  Caving in to the political left only provides them with more incentive. Just last week, in an apparent repetition of the plywood boarding procedure, the monument to the 1885 North West Rebellion, by Walter Allward, was placed behind a plywood barrier. Putting down the North West Rebellion was a unfortunate incident in Canadian history, however it had to be done. Concern is that this statue will now suffer a fate similar to the one suffered by the statue of Edward Cornwallis, as Liberal stacked committees generally consign such important monuments to the dustbin of history. This is because such monuments get in the way of Marxist propaganda. The Marxists want Ontario children to have little sense of their country’s proud history. In that manner they can more easily be corrupted into Globalist communism. Is that what you want?

PLEASE DO THE RIGHT THING, UNVEIL THE JOHN A. MACDONALD AND OTHER IMPORTANT STATUES AT QUEEN’S PARK ONCE AGAIN.  PLACE A GUARD ON DUTY TO PROTECT THEM AND TO DETER FURTHER VANDALISM.

A RESPONSE TO THIS LETTER WILL BE APPRECIATED. THANK YOU.