The True Cause of Male Suicide 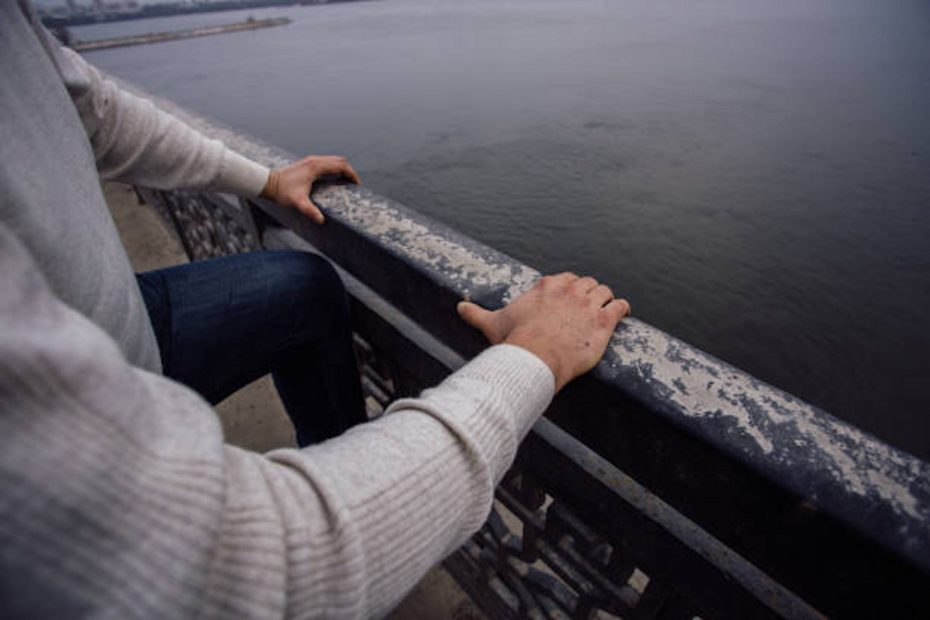 What Is the Primary Cause of Male Suicide?

The primary cause of male suicide is that men often feel sexually, familially, economically, and/or socially unneeded. There are other causes as well. However, those men who feel needed are dramatically more likely to successfully endure the many slings and arrows of hardship, disease, addiction, injury, and temptation that life ultimately throws at them.

This shouldn’t come as a surprise to anyone who knows anything about human nature. Evolutionarily speaking, it’s entirely logical that feeling unneeded would trigger suicidality in the human individual. The fact that most of our social scientists, journalists, and politicians pretend to not understand this shows you just how stupidly corrupt, dishonest, and misandristic our society has become.

A Culture of Misandry

Our modern day culture actively works to make the problems of male sexual, familial, economic, and social alienation worse. Men are very often replaced with machines at work. Government programs all too often displace the roles of fathers and husbands. Male/female interpersonal sexual and familial dependencies have been largely devastated by feminist propaganda. The decline of marriage and family formation has harmed men and boys as well. And as bizarre and evil as this is, feminists have worked to further stigmatize the very concept of men asking women for help.

As if that’s not enough, men are constantly told the future does not need them and that their mere presence is a threat to women and children. Concerns regarding male sexual alienation are so severely stigmatized by feminist zealots that any compassionate public discussion of the topic often feels all but entirely impossible. Additionally, the family courts are infamous for unfairly estranging men from their children and finances. All the while, our academic and political institutions express very little compassion for these concerns. Generally speaking, our culture is murderously ignorant and willfully blind when it comes to any coherent understanding concerning the problem of male suicidality.

The Cruelty of Feminism

For years, the feminists have flooded our media with the stupidly offensive and utterly useless mantra that “men kill themselves because men have trouble expressing their feelings.” This, of course, is their tin-eared, if not insidiously malevolent, way of dodging any sincere discussion regarding the true causes of male suicidality.  When men do in fact share their feelings regarding the true sociological causes of male suicide, feminists are the first to tell men to shut up. Any utterance regarding how men feel about the fact that women are largely to blame for transgressively devaluing the institutions of fatherhood and husbandhood is enough to get one branded as a far right extremist and a potential terrorist. Although our entire culture contributes to this problem, feminists are the biggest offenders when it comes to making the men and boys of our society feel increasingly unneeded. Not only do feminists fail to adequately help men feel needed as fathers, husbands, and workers — they actively tell men that women do not need men and that men are inherently bad. 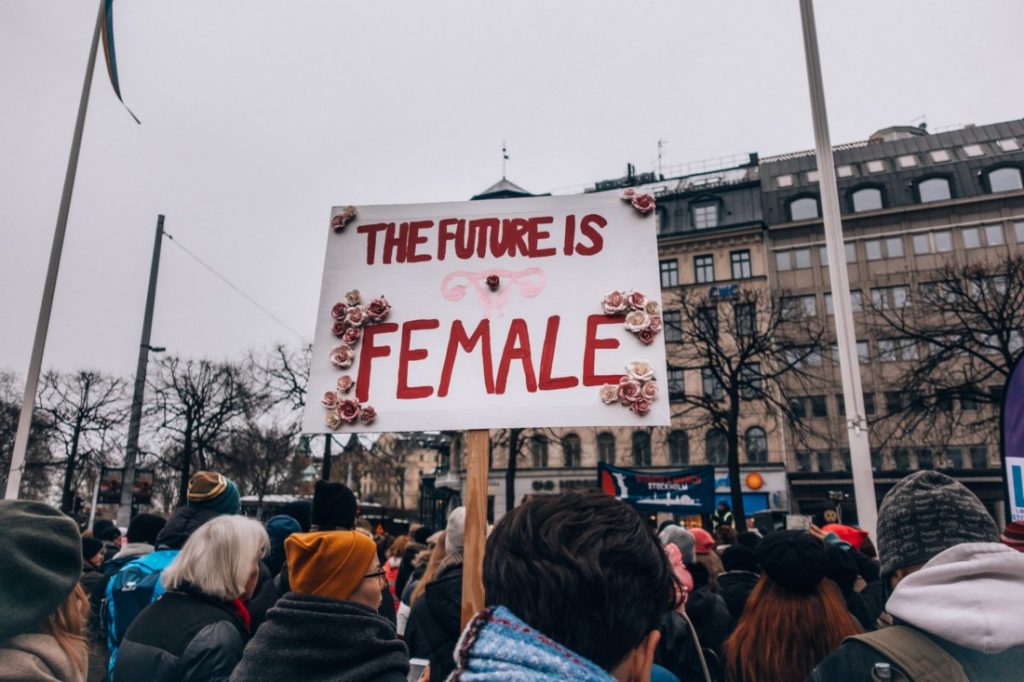 Feminism not only attacks men’s needs by devaluing the concept that women owe men anything. Feminism attacks men’s need to be needed as well by devaluing the traditional structures of provision and dependency that so often gave men any sense of purpose and self respect in relation to women in the first place. While denying that men’s needs have any inherent worth in of themselves is demoralizing and insulting, attacking men’s need to be needed is an even deeper level of dehumanization. The duel mantras of, “Women owe men nothing!”, and, “A woman needs a man like a fish needs a bicycle!”, are nothing less than an all out assault on men’s basic sense of dignity, value, and self respect. After facing decades of unrelenting male demoralization campaigns, is it any wonder that many of the men and boys of our society are suffering from mental health problems?

Our culture hates men and boys so much that our institutions won’t even try to seriously address the fact that little boys are falling behind in k-12 education. Women outnumber men in our universities as well, although anyone who expresses any concern regarding men’s underrepresentation in academia is often met with mockery if not outright contempt. Unlike girls, boys who fail to succeed in the educational system are far less likely to have the luxury of hypergamy in the mating and marriage markets to fall back upon when they get older. Even when our society knows that academic failure is associated with greater levels of social dysfunction, the so-called progressives simply don’t care. Young boys often internalize such lack of cultural concern only to then express their pain later in life through various manifestations of anger and depression.

The Loss of the Institutions

Many men used to find their primary identity in serving the individualist/collectivist hybrid institutions of God, country, and family. Men made sacrifices in servitude to their church, their country, and their wives and children, and in return, men were honored for doing so. Those sacrifices, however difficult, gave men a sense of societal commitment, brotherhood, and self respect. Men felt needed. Unfortunately, the Cultural Marxists have been slowly destroying the institutions of God, country, and family for many decades now. This has caused many men to feel they no longer have a sense of spiritual, national, or familial purpose.

Traditionalism was hard on men, but unlike Cultural Marxism, traditionalism did not rob men of their fundamental need to be needed by attacking the very core of their masculine role in relation to the opposite sex, let alone their masculine identity in relation to the very whole of humanity. Furthermore, while traditionalism was at times brutal, it also made men strong. In place of our traditionally patriarchal institutions, the Marxists have offered men little other than the deadly wedding of decadence and demoralization. Aside from that, men are told they may find meaning in joining the feminist revolution to tear down the patriarchy (but this goal involves nothing less than cultural castration).

Despite the hardships of traditionalism, men often do better when men feel needed by their church, their country, and their families. With little sense of cultural belonging, many men begin to feel the world would be better off without them. The systemic estrangement of our civilization’s sons is nothing less than a tragedy of unspeakable proportions.

In order to keep men under women’s thumb, men must be all but entirely dehumanized. Men must never forget that they are more machine than human being. And just like any other machine, men must be constantly reminded that their roles as husbands, fathers, and workers are potentially disposable. That means that any compassionate discussion of men’s sexual, familial, economic, and/or social needs must be entirely alienated and repressed. Otherwise, people might actually begin to take men’s suffering seriously. In order to carry out this agenda of male dehumanization, feminist infused social science programs at the universities, along with the mainstream mass media, have played a damaging role in deliberately misdiagnosing the actual precursors to male suicide. For all of these reasons, honestly discussing the true causes of male suicidality is nothing less than a culturally revolutionary act of profound significance. Together, we can (and will) normalize public expressions of rational compassion for men. 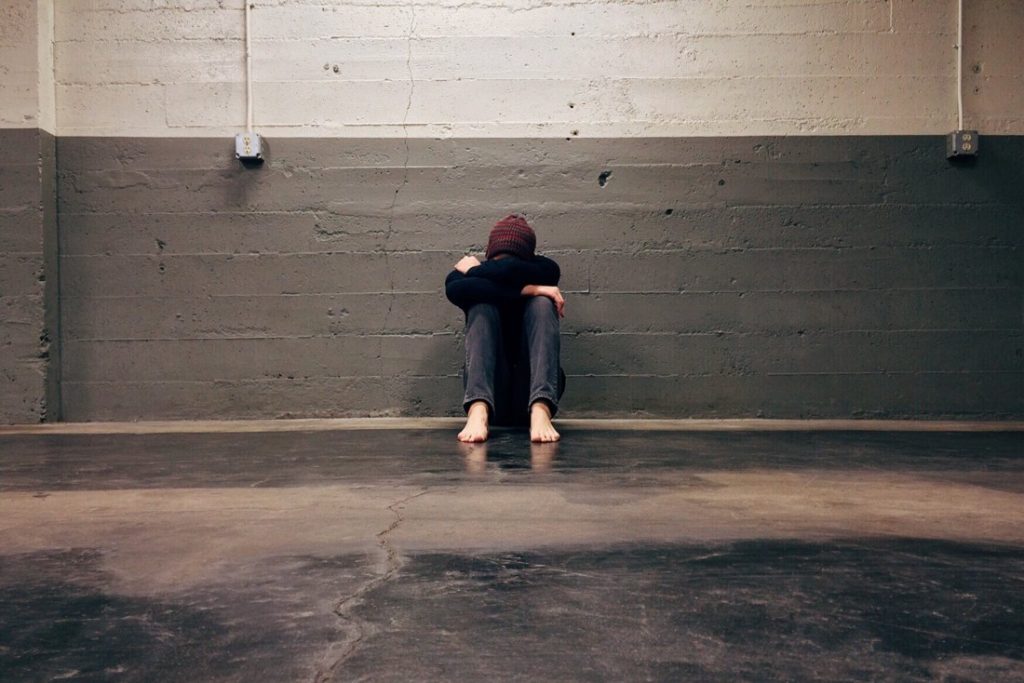 Of course, women need to feel needed too. However, unlike men, women are less likely to suffer from sexual and familial estrangement. Men are sexually rejected at far higher rates than women, which is a serious problem given that loneliness is proven to increase the likelihood of suicide. Men also suffer from dramatically higher rates of familial alienation. Thanks to the dissolution of marriage and the cult of single motherhood, little boys, unlike little girls, are far less likely to grow up feeling needed by a same sex parental figure in their home.

Our species has a general tendency to inherently value women because, unlike men, women are womb bearers. Men, on the other hand, have to prove their value in order to earn love and respect. This places men in a particularly precarious position, and for that reason, men need extra support, understanding, patience, and encouragement. However, instead of offering men support and encouragement, our society calls the men who surpass women privileged oppressors while calling the men who fall behind women worthless losers. It shouldn’t come as a surprise that placing any demographic of people in a cultural double bind that devalues both their personal needs and their cultural successes and contributions is toxically damaging to their longterm wellbeing.

It’s difficult for men to discuss the true causes of male suicide as a public concern because our society tends to demonize them for doing so. With that in mind, if women want to help reduce the rate of male suicide in their fathers, husbands, brothers, sons, and neighbors, I have some advice for them. Accept the fact that men need women’s help. Rise to the occasion by telling the men in your lives that you genuinely need them. Write to your local universities, newspapers, and politicians and tell them about the true causes of male suicide. Make your husbands feel needed. Make your male coworkers feel needed. Make your male neighbors and friends feel needed. Do it in ways that are sincere and respectful. Let’s all work together (men and women both) to help the men in our lives to feel genuinely needed and appreciated. Only the Devil would wish for anything else.