ON THE BRINK OF WORLD WAR III 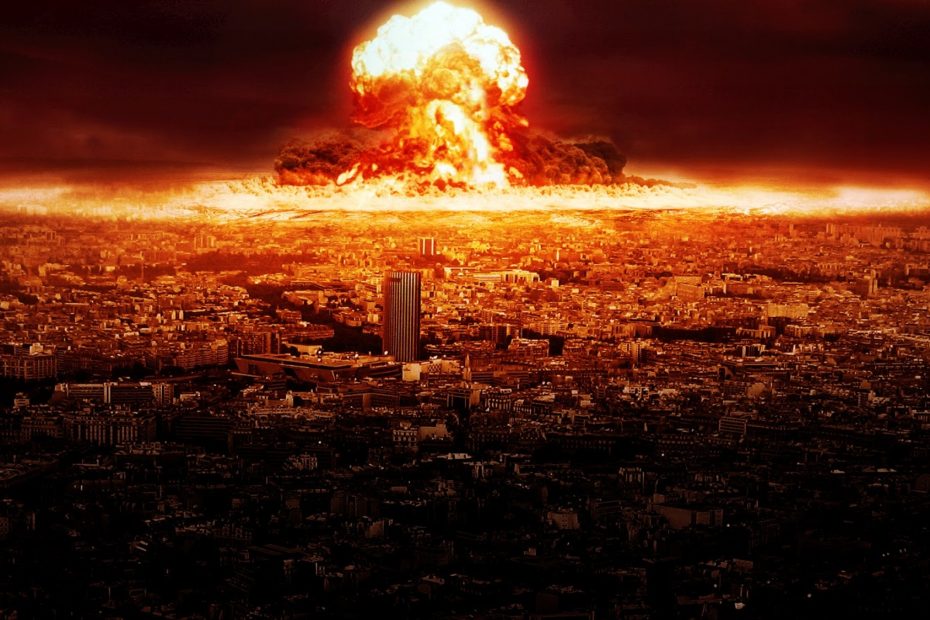 Editor’s Note: This is a slightly shorter version of an article originally published in Geopolitika.ru

Russia is in a state of ideological warfare. The values defended by the globalist West – LGBT, legalisation of perversion, drugs, the fusion of man and machine, total mixing through uncontrolled migration, etc. – are inextricably linked to its ideological front, to its politico-military hegemony and its unipolar system. Western liberalism and the global politico-military and economic dominance of the US and NATO are one and the same. It is absurd to fight the West and accept (even partially) its values, in the name of which it is waging a war against us, a war of annihilation. —- Dugin

We are on the brink of World War III, which the West is compulsively pushing for. And this is no longer a fear or expectation, it is a fact. Russia is at war with the collective West, with NATO and its allies (though not with all of them: Turkey and Greece have their own position and some European countries, primarily but not only France and Italy, do not want to actively participate in a war with Russia). Yet, the threat of a third world war is getting closer and closer.

Whether it will come to the use of nuclear weapons is an open question. But the probability of a nuclear Armageddon grows by the day. It is quite clear, and many American military commanders (such as the former American commander in Europe Ben Hodges) openly declare it, that the West will not even be satisfied with our complete withdrawal from the territory of the former Ukraine, we will end up on our own soil, insisting on ‘unconditional surrender’ (Jens Stoltenberg), ‘de-imperialisation’ (Ben Hodges), dismemberment of Russia.

In 1991, the West was content with the collapse of the USSR and our ideological surrender, primarily by accepting the Western liberal ideology, political system and economy under Western leadership. Today, the red line for the West is the existence of a sovereign Russia, even within the borders of the Russian Federation.

The AFU’s counter-attack in the Kharkiv region is a direct attack by the West on Russia. Everyone knows that this offensive was organised, prepared and equipped by the US and NATO military command and took place under their direct supervision. It is not only the use of NATO military equipment, but also the direct involvement of Western aerospace intelligence, mercenaries and instructors. In the eyes of the West, this is the beginning of ‘our end’. Once we have made a weakness in the defence of the territories under our control in the Kharkiv region, we can be further defeated. This is not a small success of the Kiev counteroffensive, but the first tangible success of the NATO forces’ Drang nach Osten.

Of course, one can try to attribute this to temporary ‘technical difficulties’ and postpone the substantive analysis of the situation until later. But this would only delay the realisation of the fait accompli and thus only depress and demoralise us.

It is therefore worth coldly admitting that the West has declared war on us and is already waging it. We did not choose this war, we did not want it. Even in 1941, we did not want war with Nazi Germany and refused to believe in it until the very end. But in the current situation, when the war is waged against us de facto, this is not decisive. The only thing that matters now is to win it by defending Russia’s right to be.

The end of the SMO

The SMO as a limited operation to liberate the Donbass and some territories in Novorossi has come to an end. It has gradually degenerated into a full-fledged war with the West, in which, in fact, the Nazi terrorist regime in Kiev itself only plays an instrumental role. The attempt to besiege it and liberate some Nazi-controlled Ukrainian territories in Novorossia, while maintaining the existing geopolitical balance in the world as a technical operation, has failed, and pretending that we are simply continuing the SMO – somewhere on the periphery of public attention – is simply futile. 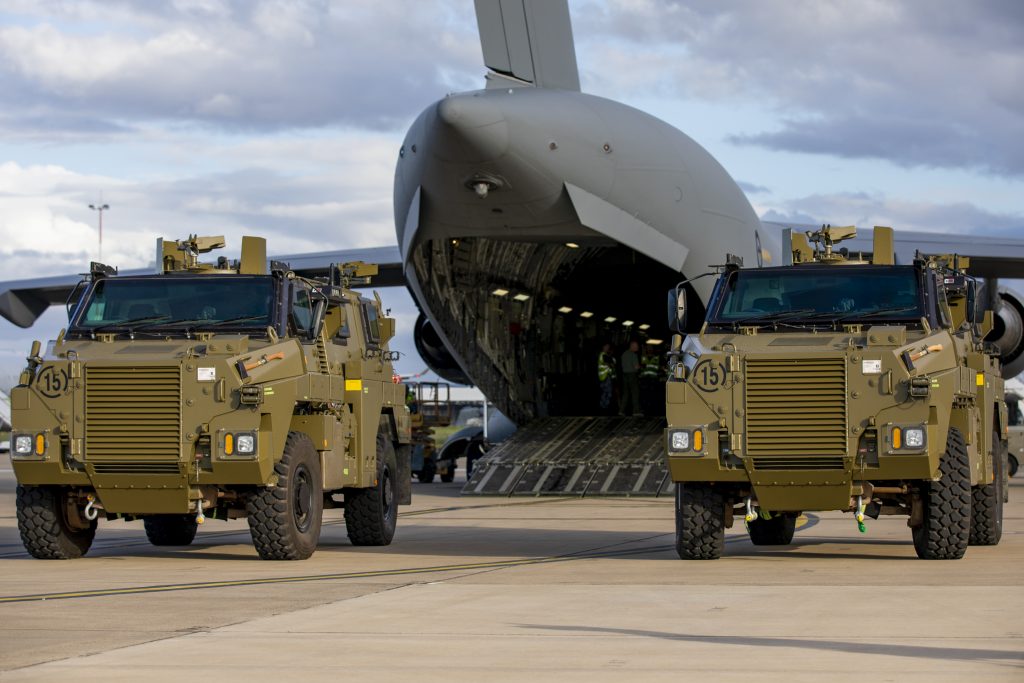 Beyond our will, we are now at war and this affects every Russian citizen: each of us is in the crosshairs of the enemy, the terrorist, the sniper, the DRG.

Having said that, the situation is such that, all things considered, it is impossible to return everything to its initial conditions – before 24 February 2022. What has happened is irreversible and we must not fear any concessions or compromises on our part. The enemy will only accept our total surrender, submission, dismemberment and occupation. So we simply have no choice.

The end of the SMO means the need for a profound transformation of the entire political and social system of modern Russia – to put the country on a war footing – in politics, economics, culture and the sphere of information. SMO may have remained an important, but not the only, content of Russian social life. War with the West subdues everything.

Russia is in a state of ideological warfare. The values defended by the globalist West – LGBT, legalisation of perversion, drugs, the fusion of man and machine, total mixing through uncontrolled migration, etc. – are inextricably linked to its ideological front, to its politico-military hegemony and its unipolar system. Western liberalism and the global politico-military and economic dominance of the US and NATO are one and the same. It is absurd to fight the West and accept (even partially) its values, in the name of which it is waging a war against us, a war of annihilation. An ideology of our own would not only be ‘useful’ for us today; if we do not have one, we will lose. The West will continue to attack us both from the outside, with armed and trained Ukrainian Nazis, and from the inside, with the ever-liberal fifth column that cleverly corrupts the minds and souls of the younger generations. Without an ideology of our own, clearly defining who is friend and who is foe, we would find ourselves in such a situation almost powerless.

The ideology must be declared immediately and its essence must be a total and direct rejection of Western ideology, globalism and totalitarian liberalism, with all its instrumental sub-species – including neo-Nazism, racism and extremism.

Mobilisation is inevitable. War affects everyone and everything, but mobilisation does not mean forcibly sending conscripts to the front, this can be avoided, for example, by forming a fully-fledged volunteer movement, with the necessary benefits and state support.

We must focus on veterans and special support for the Novorossian warriors. Russia has few of them, but there are supporters abroad as well. We should not be shy about forming anti-Nazi and anti-globalisation inter-brigades with honest people from the East and West. Above all, we should not underestimate the Russians. We are a nation of heroes. At great cost, but a terrible enemy that we have defeated not once or twice in our glorious history. This time, too, we will be victorious, if only in the war against the West, and this time it will be a people’s war. We are winning the people’s wars, wars in which the giant people have awakened to fight.

Mobilisation implies a complete change of information policy. Peacetime norms (which are essentially blind copying of Western programmes and entertainment strategies that do nothing but corrupt society) must be abolished. Television and the media in general should become instruments of wartime patriotic mobilisation. All concerts at the front, being also on the home front. It has already started little by little, but for now it only affects a small part of the channels. But it should be everywhere.

Every sovereign state can issue as much national currency as it needs. If it is truly sovereign. War with the West makes it meaningless to continue playing economic games according to its own rules. A war economy can only be sovereign. Victory should be spent as much as needed. It is only necessary to ensure that the issue is concentrated in a special circuit for strategic purposes. Corruption in such circumstances should be equated with a war crime.

War and comfort are incompatible. Comfort as a goal, as a point of reference in life, must be abandoned; only nations prepared for hardship are able to win real wars.

In these situations there is always a new breed of economists whose goal is to save the state, especially this one. Dogmas, schools, methods and approaches are secondary.

We can call such an economy a mobilisation economy or simply a war economy.

In every war, the role of allies is extremely important. Today Russia does not have so many, but they do exist. First of all, we are talking about those countries that reject the Western liberal unipolar order. They are the proponents of multipolarism such as China, Iran, North Korea, Serbia, Syria, the Central African Republic, Mali, but also, to a certain extent, India, Turkey, some Islamic, African and Latin American countries (especially Cuba, Nicaragua and Venezuela). 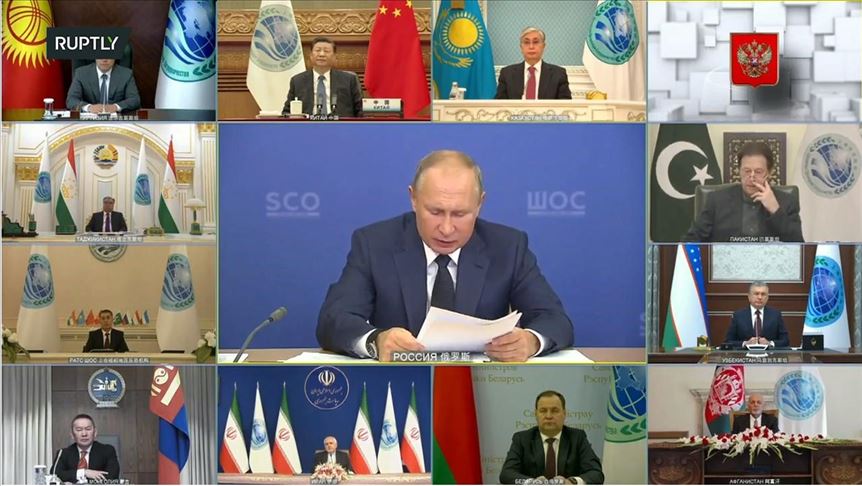 To confront them, all available resources must be mobilised, not only professional diplomacy, but also popular diplomacy, and for this, ideology is again needed. We must convince our allies that we have decided to make an irreversible break with globalism and Western hegemony and that we are ready to go all the way in building a multipolar world. Here we must be consistent and resolute. The time for half-tones and compromises is over. The West’s war against Russia is dividing humanity on different sides of the barricades.

At the heart of the global confrontation that has begun is the spiritual, religious aspect. Russia is at war with an anti-religious civilisation that fights God and overthrows the very foundations of spiritual and moral values: God, the Church, the family, gender, man. With all the differences between Orthodoxy, traditional Islam, Judaism, Hinduism or Buddhism, all religions and the cultures built upon them recognise divine truth, the high spiritual and moral dignity of man, honouring traditions and institutions – the state, the family, the community. The modern West has abolished all this, replacing it with virtual reality, extreme individualism, the destruction of gender, universal surveillance, a totalitarian ‘abolition culture’, a post-truth society.

Open Satanism and outright racism flourish in Ukraine, and the West only supports them.

We are dealing with what the Orthodox elders call the ‘civilisation of the Antichrist’. Russia’s role is therefore to unite believers of different faiths in this decisive battle.

You must not wait for the world enemy to destroy your home, kill your husband, son or daughter… At some point it will be too late. God forbid we live to see such a moment.

The enemy offensive in the Kharkiv region is just that: the beginning of a real war of the West against us.

The West demonstrates its intention to start a war of annihilation against us – the third world war. We must bring together all our deepest national potential to repel this attack. With all means: thought, military force, economy, culture, art, internal mobilisation of all state structures and each of us.