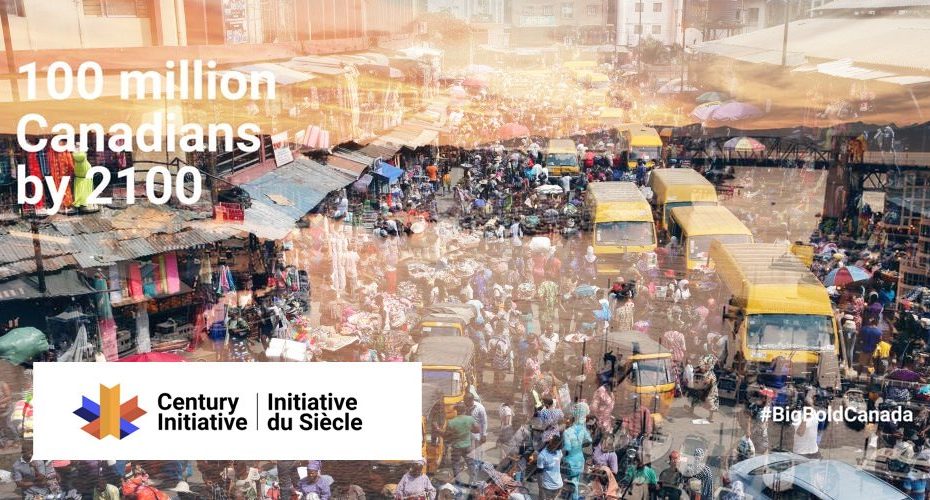 Wondering why Canada continues to import half a million immigrants per year while inflation and house prices are rising? It’s not based on logic, but rather on a shadowy plan to raise the population to 100 million by 2100. Let’s examine the Century Initiative.

The Century Initiative was founded by Mark Wiseman and Dominic Barton, who led Trudeau’s Advisory Council on Economic Growth. Mark Wiseman was senior managing director at investing giant BlackRock and chairman of “Alternative Investments”, which is buying up single family homes.

Dominic Barton was Global Managing director of consulting firm Mckinsey, and will chair Rio Tinto’s Board. He was Canada’s Ambassador to China (2019-2021) despite ties to China’s ruling class. In 2018 he led a Mckinsey red carpet corporate retreat an hour’s walk from the Uighur camps in the Chinese desert.

Century Initiative lays out their goals on their website (http://centuryinitiative.ca): because of low birth rates and an ageing population, Canada must grow “our population to 100 million” through a massive immigration increase. They even have a population tracker:

What would a Canada of 100 million look like? The Century Initiative envisions “a nation of mega-regions” with astronomical population increases including:
Vancouver (+261%)
Toronto (+281%)
Calgary-Edmonton (+454%)
Montreal (177%)
Winnipeg (+113%)

During their time leading Trudeau’s Advisory Council on Economic Growth, Dominic Barton and Mark Wiseman pushed to raise the immigration 450,000/year. The Trudeau government’s 2022-2024 Immigration Levels Plan reveals this will be accomplished by 2024.

We never voted for this. So who benefits? Let’s take a look at Century Initiative’s Board of Directors. Goldy Hyder, CEO of the Business Council of Canada, believes that “increased immigration will be key to Canada’s pandemic recovery”.

Murad Al-Katib, CEO of AGT Food and Ingredients, a multi-billion dollar company ingredient and value-added food seller. He is known as Saskatchewan’s “Prince of pulse crops”.

Willa Black is Vice-President of Corporate Affairs and CSR for Cisco Canada. Tom Milroy is the President of TOSA Investments Limited. All in all, 7/10 Board members are in Big Business.

Mass immigration helps business by undercutting wages, raising real estate value, and adding more consumers to the economy. The West’s “welfare states” which once looked out for their own have now become business-dominated “competition states” which compete for capital:

Mass immigration, which is overcrowding cities, raising home prices, reducing wages is not organic. The Century Initiative controls the conversation. The Council of European Canadians is resisting this programmed dismantling of our national identity.