Buying Land In The Clay Belt 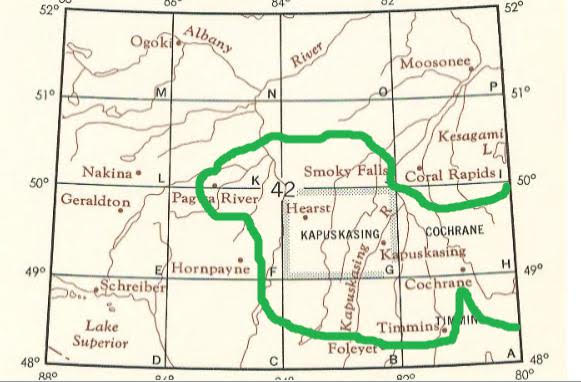 As an addendum to my two part article offering EuroCanadians who wish to move to the countryside basic survival methods, here’s some information about The Great Clay Belt, a vast area of Ontario and Quebec, 180,000 square kilometers, with a very small population and relatively cheap land. The area is good for hunting and fishing, and its main future potential for human sustenance may remain in such activities. For over a hundred years, however, this area has also been intriguing because it includes some fairly arable land, the remains of glacial Lake Barlow-Ojibwa, whereas most other land in northern Ontario and Quebec is quite infertile. The Clay Belt nevertheless has limitations for agriculture, partly because much of the clay itself is poorly drained, and partly because the climate is severe.

The area is not distinctly bounded. However, the attached map of the area, with the green line I have drawn, allows us to see the geographical relationships of the major settlements within the Clay Belt. The Ontario Northland Railway and Route 11, part of the Trans-Canada Highway, divides the Ontario Clay Belt fairly neatly in half from Hearst to Cochrane, and many of the present-day farms are close to the railway and the road.

The Clay Belt has no arable land in Canada Land Inventory Classes 1 or 2, i.e. the two highest ratings, but there is a good deal in Class 3, basically the lowest acceptable level for agricultural purposes. In general, the land in Class 3 has limitations in terms of rainfall, climate, or poor drainage, the same limitations true of the Clay Belt in general. 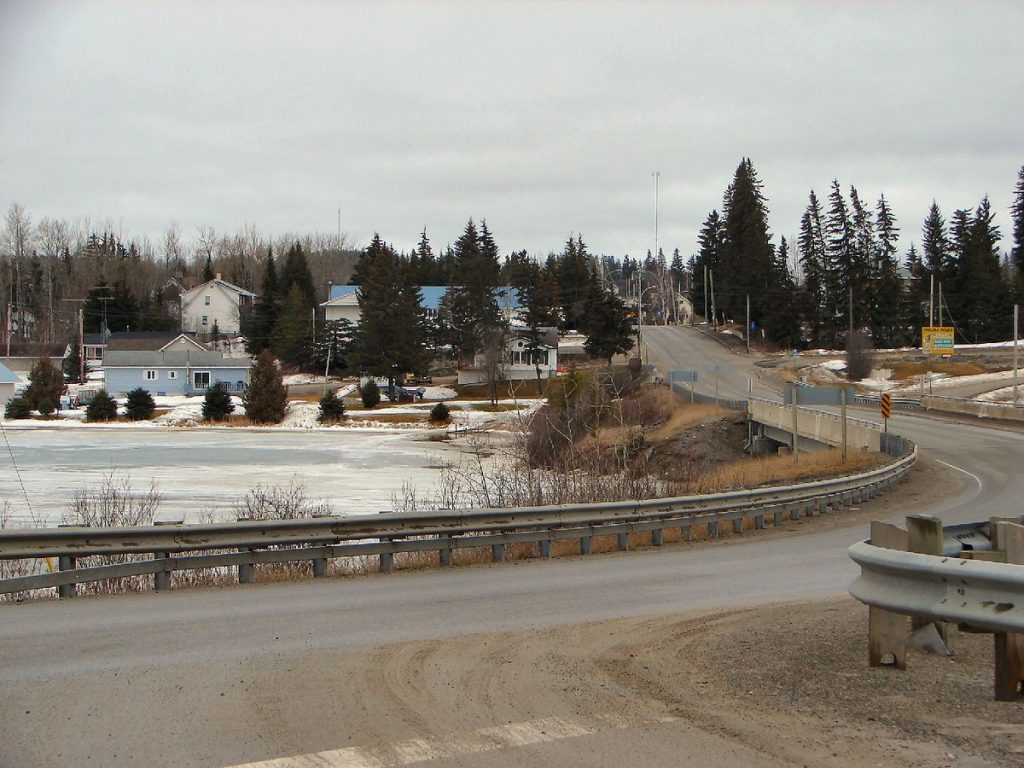 Lovely town of Matheson, right in the middle of the supposedly “uninhabitable” Clay Belt.

The Class 3 land in the Clay Belt is randomly distributed, and in fact the entire area is quite varied in its makeup in terms of soil, to the extent that the term “belt” may be slightly misleading.

Incidentally, anyone looking for extreme privacy might consider the Unorganized South West Cochrane area, which encompasses the small portion of the Cochrane District between Black River-Matheson and Timmins, but is not part of either municipality. The division has a land area of 553.71 square kilometres, but usually has a population of zero in the Canada Census.