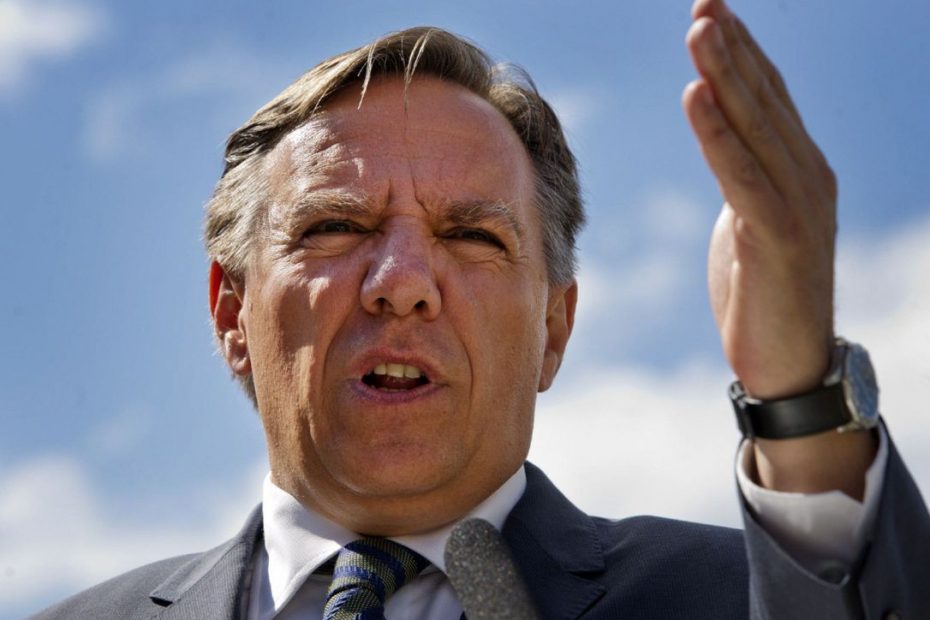 The Coalition Avenir Québec (CAQ), under François Legault, is firmly rejecting globalization, mass immigration, and multiculturalism. Québec has passed Bill 96 to protect the French language, Bill 21 to prevent the incursion of Islam into civil institutions including schools and public services, and is seeking to gain control over immigration from the federal government.

Perhaps most importantly, rather than couching their actions in solely practical terms or citing procedural concerns, the Québec government is for the most part openly defending the cultural and linguistic distinctiveness of their province. Most recently, French Language Minister Simon Jolin-Barrette asked the Académie Française to help in the fight against the “Anglo-American steamroller”. Legault consistently defends the assimilationist model of “interculturalism” as opposed to the federal model of multiculturalism.

Bill 96 has been thoroughly misrepresented by Anglo Canadian neo-conservatives like Conrad Black as an attack on Québec’s historic Anglophone population. Claiming that the language law is designed to “oppress its English-language minority”, Black calls for the federal government to “seek the support of all three anti-separatist opposition parties in suspending any transfer payments” to the province. .

There is no denying that Bill 96 is harsh, however it must be understood in the context of the CAQ’s concern that mass immigration to the Montréal area in particular is leading to a decline in the use of French at home and in workplaces. One of the breaking points for the CAQ government was a study which projected that “between 74 and 76 percent of Québecers would speak the language at home by 2036”, down from 82 percent in 2011. In 2016, 39% of immigrants in the province spoke a language other than French or English at home, while 14% spoke English and only 33% spoke French. Among Montréal allophones, whose mother tongue is neither English nor French, 72.8 percent speak English in their workplace. 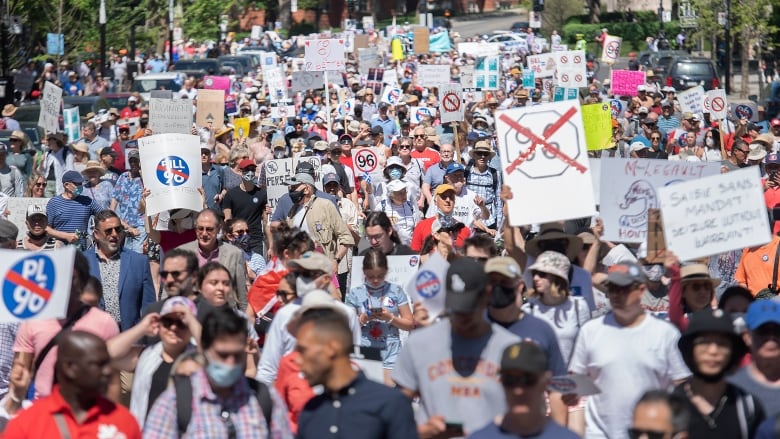 Protesters march against Bill 96 in Montréal.  The Bill has aroused considerable opposition from Montréal’s allophones and Anglophones.

In response to this trend, which Legault has said will lead to the extinguishing of French in Québec, and the province becoming another Louisiana, the CAQ implemented the strictest language law in Canadian history. Immigrants will now have just six months to learn French, at which point they will have to deal with government services solely in French. The use of French in the workplace is now mandatory for businesses with over 25 employees (previously over 50), and the Office Québécois de la Langue Français will be allowed to conduct warrantless search-and-seizure operations to ensure that this rule is followed, looking at computers and documents to ensure that business is being conducted in French.

Other far-reaching provisions include a new requirement for government approval of judges or court staff who know a language besides French, the requirement for French on signs to be “markedly predominant” rather than only “sufficiently present”, and the capping of how many students can enter CEGEPs at 17.5% of the provincial student population.

In a May caucus speech to 1,000 supporters, Premier François Legault celebrated Bill 96 as an achievement for the CAQ. He also spoke of Bill 21, which prohibits the wearing of hijabs, turbans, and yarmulkes for public servants in positions of authority such as public school teachers, lawyers, police officers, and judges. He then provided a hint of what is to come, saying that he would be asking for a “strong mandate” in the next election, to negotiate with Ottawa for full control of immigration, so that French requirements can be extended to most immigrants. Currently, Québec controls economic immigration, but not family reunification or refugee admission, which constitute the other half of the annual inflow of legal immigrants. Many on the dissident Right who deny that there are any positive developments for our side, and reject activism in favour of making dire prognostications, will contend that the returning of immigration powers to Québec will only limit immigration to Francophone countries which includes a swathe of West Africa. Even if this were true, demanding linguistic standards for immigrants to preserve the French language would be a major break with Canada’s governing ethos of liberal individual rights.

It is important to note, however, that there is a large increase in immigration to Québec from France itself. The extension of Francophone requirements to non-economic immigrants would mean that the overall percentage of immigration from France would increase. This would be in line with Legault’s claim that he would like more immigrants from France, and Europe more generally.

One way that the proportion of European immigrants could increase, other than the extension of the Francophone requirements, would be income requirements. In 2021, Legault stated that he wants immigration to Québec to conform to his “obsession” of raising incomes in the province: “Each time I let in an immigrant who makes less than $56,000, I make my problem worse. Each time I let in an immigrant who makes more than $56,000, I improve my situation”. He will have more leeway to enact such a restriction if Québec retakes control over immigration. Since Francophone Africa’s income levels are much lower than this, the portion of immigration from France and Europe more generally would greatly increase.

We must also take into account the potential departure of non-European ethnic groups from Québec as a result of Bill 21, and particularly Bill 96. Jewish groups are predicting a large-scale departure of young Jews from Montréal due to opposition to Bill 96, on the scale of the 1980s exodus which saw 30,000 leave for Toronto in the wake of Bill 101 – the previous French language law. No other ethnic group has so far gone to the length of predicting a departure on this scale, but articles have been popping up describing immigrants who are considering leaving Québec.

When taking into account immigration trends, and the future outflow of non-Québecois ethnic groups fleeing Québec’s cultural and linguistic assertiveness, the future of the province is a defiant Québecois sovereigntist government assimilating mainly French and European immigrants to their ethnos.

In a strong departure from mainstream Canadian political norms, the CAQ is aligning itself with a vision of society similar to Alexander Dugin’s concept of ethnos, defined in his Fourth Political Theory as “a community of language, religious belief, daily life, and the sharing of resources and goals”. The Anglo Canadian Right should offer symbolic support to Québec where possible, and adapt this defense of ethnos in our own context, instead of denouncing Québec’s alleged intolerance.

If the Right-leaning population of Anglo Canada can be pushed towards defending community, history, language, religion and heritage, as French Canada is now doing, this will mark a significant departure from the “liberal” and “free market” values pushed by Rebel News, True North, National Post, Jordan Peterson and Conrad Black. The political parties on the Right would be forced to adopt policy positions that reflect this “new” (but in actual fact very old) type of conservatism: limits to immigration, protection of the English and French languages, patriotic education in schools, protection of public monuments, defense of Canadian history, and so on. 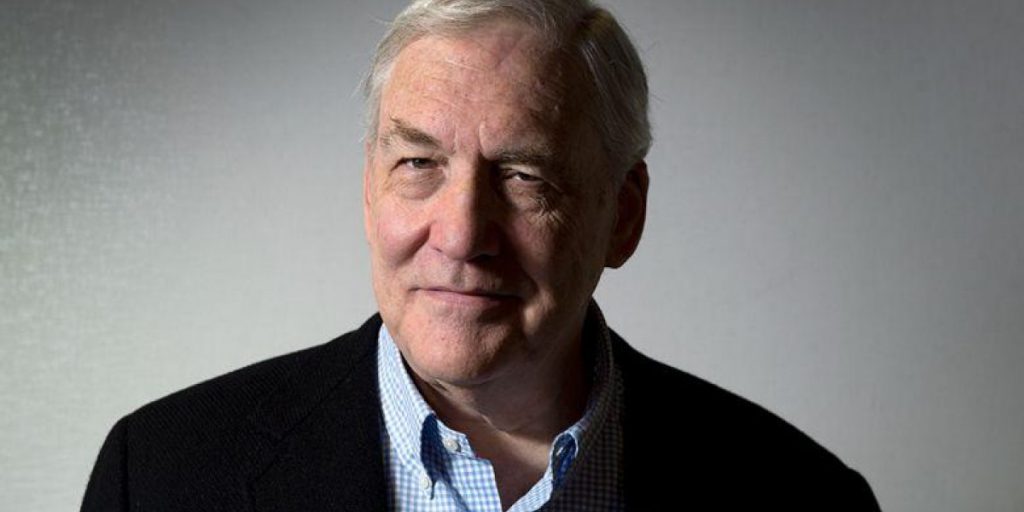 Conrad Black, now a prolific writer of National Post editorials, is outraged by Bill 96, which he calls an attack on the Anglophone minority.

The Overton Window having been thus shifted, it is perfectly conceivable that ascendant dissident Right websites like the Council of European Canadians would be in a powerful position to further influence the Right-leaning population towards a conception of ethnos that explicitly acknowledges the racial component of identity, a component that Dugin does not acknowledge (and doesn’t need to since Russia has a relatively stable white supermajority) but which in Canada it is crucial to emphasize (since whites are being rapidly reduced to a minority).

The political parties on the Right, beholden to their base, would in this situation be forced to adopt policy positions which reflect the ignition of white identity: strong immigration restriction, and possibly even a moratorium – although undoubtedly couching these radical positions in non-racial terms, as is being done in the United States with the America First wing of the Republican Party.

We on the dissident Right should advance the politics of ethnos, as well as white identity; this will dovetail into a conservatism that actually conserves the homegrown EuroCanadian people and culture. The average CEC reader can work towards the ignition of ethnos by fostering communal feeling and togetherness in their town or neighborhood; promoting its local history, monuments, farmer’s markets, landscapes, and creating economic opportunities for the young to stay put rather than leave to the big cities. Running for school board, library board, museum board, downtown improvement board, and so on, will do a great deal towards this end. The ignition of white identity can be worked towards at the same time, through putting up posters and stickers and other creative means applicable in your community.

Québec’s opting out of globalization and multiculturalism is a significant event that could be one of the first signs of the breaking apart of the political consensus which has reigned among both the Right and Left, more or less, since the late 1960s when the last White Canada immigration laws were finally ended. The dissident Right in Anglo Canada should offer our support to French Canada and seek to emulate their philosophy rather than continuing bitter historical grievances. 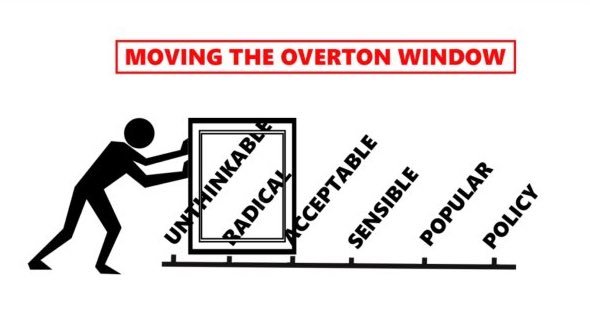 Radical movements can act as key movers of the Overton Window, and thus achieve social change despite not being accepted in the halls of government.

* As an aside, I strongly recommend my readers to watch the newest film adaption of Louis Hémon’s 1913 novel Maria Chapdelaine, just created in 2021. Faithful to the novel, it is a true celebration of Québecois habitant heritage. Also of note is the English translation of Ringuet’s 1938 classic, Trente Arpentes (referring to the thirty-acres river plots of the habitant farms), available to order online under the title Thirty Acres. This tragedy paints a picture of habitant life under siege from the forces of globalization and urbanization in the late 19th and early 20th centuries. This is a highly relevant critique of liberal capitalism, at a time when many in the dissident Right are recognizing the inherent problems with liberal individual rights based societies and are considering embracing traditionalism.