The Bernie Madoff of Climate Change 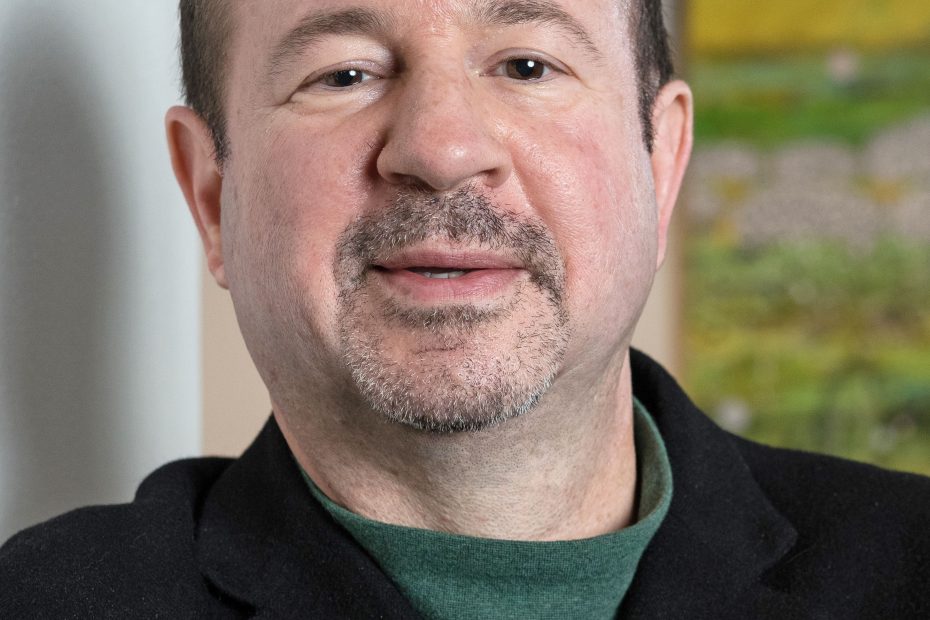 The theses of Al Gore’s famous documentary on global warming, An Inconvenient Truth, are the invention of a rogue scientist named Michael Mann, an internationally renowned climate expert working for the UN Intergovernmental Panel on Climate Change (IPCC). (1)

Mann’s hockey stick graph first published in 1998 in the scientific journal, Nature (2), was the star of the UN climate report (2001) which triggered an outcry of unprecedented proportions; (3) climate and ecology activists went literally berserk thinking the end of the world was imminent. 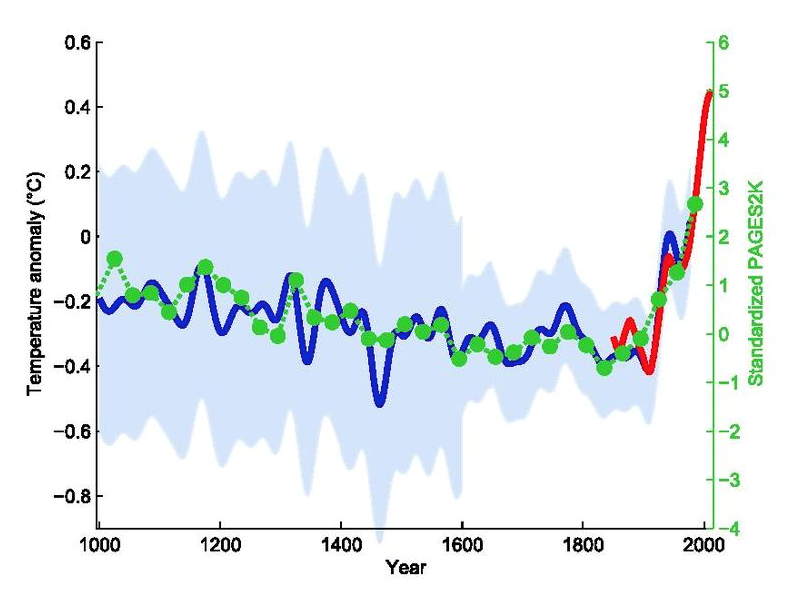 Dr. Mann’s curve showed that the earth’s temperature had skyrocketed after more than 1000 years of stability, and that this sudden and unprecedented rise in temperature could only be due to the burning of fossil fuels, in particular, to the production of CO2, the climate killing molecule that the 16-year-old environmental activist Greta Thunberg claims to be able to see with the naked eye. (4)

Since Miss Greta saw, with her own eyes, the CO2 dramatically illustrated by the Michael Mann curve, she is convinced like many people that the climate crisis is a global crisis, the greatest crisis ever faced by humanity. “We cannot save the Earth without uniting (5)” lamented the star of climate catastrophists masterfully led by Luisa-Marie Neubauer of the ecological group One Foundation, an organization financed by the singer Bono, Bill and Melissa Gates and the Open Society network of George Soros, born Schwartz, one of Justin Trudeau’s handlers. (6)

You’re right, Miss Thunberg, it won’t be easy to unite the world and save the planet around CO2. Do you know why? Because real science, the one that’s not adulterated by the oligarchs and ideologues who lead you by the nose, is not in step with Al Gore and Michael Mann. (7)

In 2003, a Canadian study showed, unequivocally, that the hockey stick curve that has become the icon of environmentalists around the world is primarily an artifact of poor data management, outdated data, and incorrect calculation of key factors. (8) “When the data was recalculated,” says climate scientist, John O’Sullivan, “the curve showed that there had been more warming in the 15th century than in the 20th century.” (9) 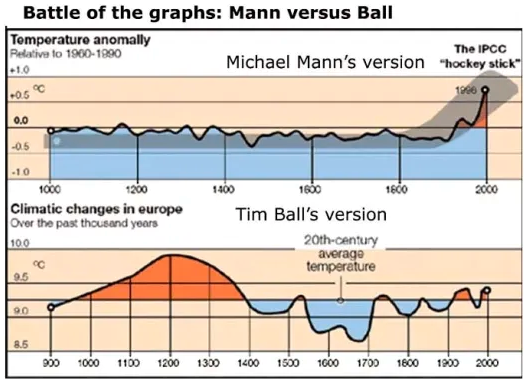 Since then, the temperature has been warming up slowly, which is normal after a cold period, but there has been no dramatic rise in temperature, in fact, it has decreased in the past 20 years as shown in a previous article, The CO2 Bogey Man. So don’t worry, Ms. Thunberg, the polar bears are in great shape, and have never been in danger since they have survived much higher temperatures than now. (10)(11)

Michael Mann and his team of pseudo-scientists from the IPCC (UN) simply erased from their work the warming period of the Middle Ages. Since none of their catastrophic warming predictions were coming true, they also changed the term “global warming” to “climate change,” that way, there is no chance of being wrong since by definition the climate is constantly changing mostly because of solar and volcanic activity. (12)

It was Dr. Tim Ball, a Canadian climate scientist, who let the cat out of the bag. See Dr. Tim Ball’s article: Seven Ways To Spot Climate Change Propaganda. This fearless scientist deserves all the credit, because the libel suit brought against him by Michael Mann was far from being won. (13) Mann was morally supported by a large number of climate functionaries just as rotten as he is; he also was financially supported not only by the UN, but by the Suzuki Foundation, an organization itself financed by large corporations and foundations like the Rockefeller Foundation (14) an influential member of the Fabian Society. (15)

Those Who Reign Supreme

The Fabian Society, one of a myriad of similar organizations – whose claimed objective is to recreate the Garden of Eden – counts among its members the richest people in the World and their many emanations, proxies, and golems. (For a complete list of the people at the top of the pyramid see Dr. Zelenko and Dr. Martin Are Now Naming Names of the Genocidal Killers Behind Covid-19 Bioweapon.)

The oligarchs of this plutocracy are not all Fabians in due form but this Judeo-Anglo-American cabal, i.e. the “International community,” which Alexander Dugin has recently labeled “the most disgusting thing of world history,” (16) is all for one world government (unipolar world) and neoliberal capitalism, an Orwellian type of “inclusive” capitalism defined by the morally unrestricted exploitation of goods, people, services, and capital under the mantle of democracy, humanism, and philanthropy. (17)(18)(19)(20)(21)

The end goal of these wolves in sheep’s clothing who hide their evilness in goodness is indeed to recreate a Garden of Eden, but only for themselves. They want “to own everything and control the entire global population through a combination of false flag disasters, social engineering technologies, ‘green’ and ‘sustainable’ development policies, a revamped food system of their own making, and global biosecurity measures.” (22)

The Bernie Madoff of the Climate Hoax

The mastermind behind the climate hoax was a Canadian Fabian socialist, the late Maurice Strong. According to journalist John Izzard, Strong was “the man who, more than any other redefined a trace gas as the meal ticket for tens of thousands of climate functionaries — the same people whose light-fingered heirs” are still pushing today the climate change hoax. (23)

In the name of egalitarianism, Strong used ecology and climate science supposedly to enrich the poor at the detriment of the rich. According to Canadian scientist Tim Ball, “the United Nations Environment Program and the Intergovernmental Panel on Climate Change (IPCC) were his instruments.” (24)

But the road to hell being paved with good intentions, the fruits of his efforts and the policies they spawned such as the wind turbine madness, the carbon tax gimmick and the cow dung gas scam are hurting the poor and the middle class in every country of the world through rising food and energy costs. (25)

Fortunately for the 99% in 2005, “the most powerful man in the push to save humanity,” writes J. Izzard with delicious irony, “by steady promotion of the theory of human induced greenhouse gases was caught with his hand in the till.

He had endorsed a check for $988,885 made out to his name by South Korean business man, Tongsun Park, who was convicted in 2006 in a US Federal Court for conspiring to bribe UN officials.” Strong, the Bernie Madoff of climate change who had to resign from all his functions at the UN, fled like the crook he was to Canada and then to China where his communist sister was living. (26)

As you can fact check by yourself, Ms. Thunberg, the common enemy against which we must unite to save humanity is neither climate change nor wind turbine madness nor the carbon tax gimmick nor the cow dung gas scam but a small clique of miscreants (see The Oligarchy Unmasked) determined to satisfy their greed and lust for power under the façade of good intentions and sentiments regardless of the consequences on the populations of the world. (27) (28)(29)

From an ethical point of view, no one has the right to remold humans and reconstruct society “nearer to the heart’s desire” without the consent of the public, or even against its will, by perfidious and often violent means. Lenin, Trotsky, Stalin, Mao Tse-tung, Pol Pot, and Fidel Castro, tried it, but after the mass liquidation of 100 million people, they still had not succeeded. (30)

Behind the mask of “egalitarianism,” “democracy,” and “tolerance,” our enemies hate humanity, which they seek to enslave through lies, fear, violence, and false accusations of xenophobia, racism, anti-Semitism, and hate speech. 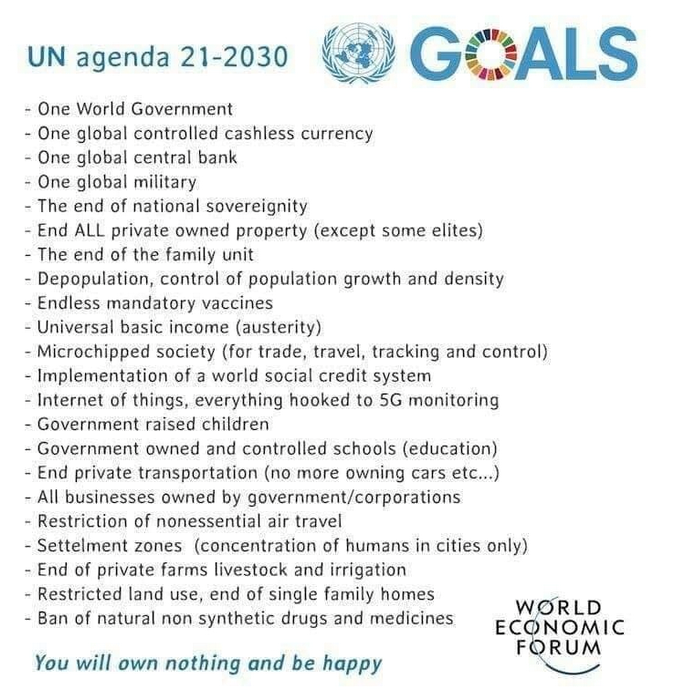 As long as this small clique of sociopaths – with their ill-gotten money and their almost total control of politicians, institutions, media, and Internet – is not dethroned, no race, no ethnic group, no people can live in peace.

The publication of this article and the very existence of this site is a matter of self-defense. The survival of our race, ethnic group, society, religion, culture, and civilization is in legal terms, “critically endangered.”

All our actions and writing have only one function: to use our god given inalienable right to defend ourselves against the “beast” that tries to enslave us by various demonic ploys.

It’s Fort Alamo, not only for us, the people of European descent who are particularly targeted by these dangerous dictators of democracy, but for all the peoples of the Earth. If we do not resist, with all our strength, we will all become helots like in Sparta or slaves of kolkhozes like in the USSR.