PROUD TO BE ILLIBERAL 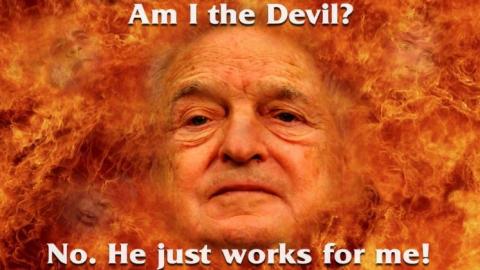 Modern liberalism is the absolute enemy of any independent thought. Anything that doesn’t coincide with liberal dogma should be canceled, eliminated, declared “fascism” and its bearers will be severely punished cut off from access to networks, deplatformed, ostracized.

If you don’t share all dogmatic assertions of liberals you are automatically put under attack, denunciated, pursued,  condemned and doomed.

It is not double standards or conscious systematically distortions of facts. The facts don’t exist outside of interpretation. And in globalist world there is only one interpretation – liberal interpretation. All the rest is “fascism” that should be destroyed.

The liberalism is based on fundamental premise: the man is identical to individual. There is no other identity except individual one. It should be applied universally – in ideology, politics, economy, culture, law, everyday life. But individual as such is man (woman) totally detached of any form of collective identity – religious, racial, national, of class, sexual and so on. Such pure individual doesn’t exist in reality. It represent the moral goal of liberalism as historical, ideological, political and economic process.

The individual must be pure individual. It is moral obligation. And the “progressists” should make anything demanded in order to create such individual. Gender politics is part of the process.

So liberalism doesn’t just reflect the status quo but pretends to have a monopoly on the future. That is the same as monopoly in truth and absolute power.

Liberalism is something radically contrary to freedom. Its global expansion is totally incompatible with any kind of freedom. Not only conservatism, or nationalism, or traditionalism are the natural victims of such ideological dictatorship – anything that is not liberal or rather doesn’t respond to the normative criteria of contemporary liberalism with such approach should be exterminated.

We are living in liberal Gulag with liberal GeStaPo squads.

So there is only one exit – to start rebellion, to unite all illiberal powers in planetary front against the emerging totalitarianism with all its classical properties:

Liberalism must be destroyed or at least put in proper limits as – one ideology among many other always possible when the human being is still free, living creature capable of choice. So the main slogan in our universal illiberal fight should be freedom. Real one. And that includes the freedom for liberals still be liberals. If they insist. But that is optional. You are really free to be liberal when you are simultaneously is free to be illiberal. Let’s recognize the human right to be illiberal. And start struggle against last version of Modern totalitarianism. Remember Hanna Arendt’s thought: totalitarianism is essentially phenomenon of Western Modernity. Let’s put an end to it.

[Editor’s Note: This statement was originally posted in Dugin’s website]