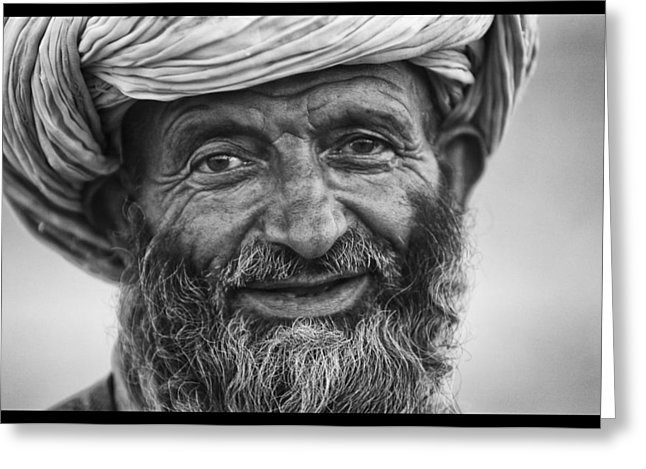 Agha Muhammad Bangesh (above) will soon become a familiar face to CBC TV viewers in the Maritimes. In a recently issued Press Release, CBC  management has named Bangesh as an additional  news presenter for the CBC’s flagship show, “The National”. Once the dominion of boring white males and insufferably buoyant bimbos like Wendy Mesley, the woke CBC is furiously outreaching to every identity group it can find. But this new acquisition is a prize. Unnamed sources revealed that Canada’s state Broadcaster will pay Bangesh $1.4 milion a year plus four goats and a young unmarried first cousin as a signing bonus.

The selection of Mr. Bangesh is seen as further evidence of the CBC’s resolve to follow through with its commitment to diversity and inclusiveness. According to one insider, “Mother Corp”, in anticipation of a stampede of Afghan asylum-seekers to Canada, is determined to assert its traditional claim as the primary agent of social engineering.  “Screw objective journalism”, said newly appointed CBC Commissioner Maryam Monsef, “Our continuing mission is to help transform Canada beyond recognition, so that we can erase the last vestiges of  Western Civilization and “whiteness” that still remain.

In making this bold move, it is apparent that the CBC has decided to be pro-active rather than re-active. That is, rather than wait for the Afghan demographic to establish a beach head and explode exponentially in the course of the next decade, CBC management will endeavour to situate Afghans in high profile positions at warp speed across the country to serve as beacons for the millions to come. “It is important that we stay well ahead of the curve in welcoming massive numbers of migrants from non-traditional sources so that old stock Canadians will become resigned to their fate as muzzled marginalized relics of a shameful colonial age, with their symbols and accomplishments consigned to unmarked graves. “

Some critics contend that migration on this scale from a region whose tribal mindset and archaic values will impede successful integration. But these fears are founded on a misunderstanding. The point of the Great Displacement is not to integrate newcomers into Canadian society, but to integrate Canadians into theirs. Get it?

The goal is to create a backward society endurably fractured by a growing number of ethnic and religious enclaves stocked by people devoid of any interest or understanding of their neighbours, other than the desire to throttle them. It is promising formula for the vibrant and exciting place that politicians and ethnic lobbies want post-national Canada to become. As history tells us, diversity plus proximity equals harmony. People of rival warring factions across the world eventually understand that we are human beings after all. More alike than unalike, as they say.  Sure there are growing pains, but hell, what’s an interminable civil war now and then if it leads to the Holy Grail, Diversity? Just ask the folks in Lebanon, Syria, Yugoslavia and Myanmar. Untold carnage is a small price to pay in pursuit of an ideal.

But it is not all about culture, civic participation, mutual understanding, respect, tolerance  and trust. When it comes to the crunch, it’s the economy, stupid. Dollars and sense (sic). Afghan refugees boarding air force Boeing C-17 heading to Canada (August 2021). The Liberal government reported in June 28, 2022 that it “remains firm in its commitment to welcome at least 40,000 refugees from Afghanistan.”

That why is the most vocal critics of employment ‘equity’ for the imported huddled masses  warn that the net fiscal burden of this ‘reasonable accommodation” will further add to our monstrous federal debt and crush our hard won welfare state. They argue that it will “break the bank” and stretch our medical and educational services to third world levels.  But as Friends of the CBC point out, cost savings can be made by cutting services in other areas. We would be able to expend tens of millions of dollars to provide ESL training for Afghans and illegal border crossers for example, if English and French were disestablished as Canada’s two Official Languages. Then English and French speakers could pay for training in Afghan languages out of their own pocket so that they could fit into a dominant Afghan culture made ever more dominant by runaway immigration. Add Mandarin, Arabic and Swahili to the list and who knows, Euro-Canadians might be able to navigate through 400 ethnic enclaves from coast to coast.

Given the speed of our transition to utopia, one shouldn’t discount the possibility that the CBC has yet more tricks up its sleeve. A diverse repertoire of news anchors is not enough. Eventually we can expect that news presenters and reporters will deliver fake news in their native languages so that eventually, every one of the world’s 7,139 languages will be heard on the People’s Network. English or French subtitles would suffice to appease the rapidly diminishing number of old stock Canadians just in case they need a reminder of why their world went to hell.

At this point, it is not even clear that Agha Muhammad Bangesh will need to speak English at all. Dari or Pashto will do. And hey, if he doesn’t make the cut and ratings plummet, he can always work as a colour commentator for Hockey Night in Canada (HNIC).  The fact that he is illiterate in all matters concerning hockey is irrelevant.  Bangesh’s role would be to tell us just how racist we are. After all, that’s HNIC’s raison d’etre, isn’t ? Wait a minute.  If Bangesh took the point, it would render Ron MacLean redundant. No worries. MacLean could find work in Afghanistan as a goat herder (or mount-er). Former HNIC viewers would happily provide him with a letter of recommendation.

If Bangesh moved to HNIC, he would need a good story to launch his career.  Surely there must be a budding hockey player of great talent who was denied a chance to play professional hockey because of his Afghan ancestry. OK he only scored just a handful of goals but his failure was all down to systemic racism, right? Bangesh could cut his teeth on that one and milk it for all its worth, CBC style. He could make a name for himself.

You have to hand it to the CBC. They sure have an eye for talent. They know what to do with the massive subsidy they receive. And taxpayers know where they would like them to shove it.