Whoever Controls Ukraine Commands Russia = the “Heartland” of the World. 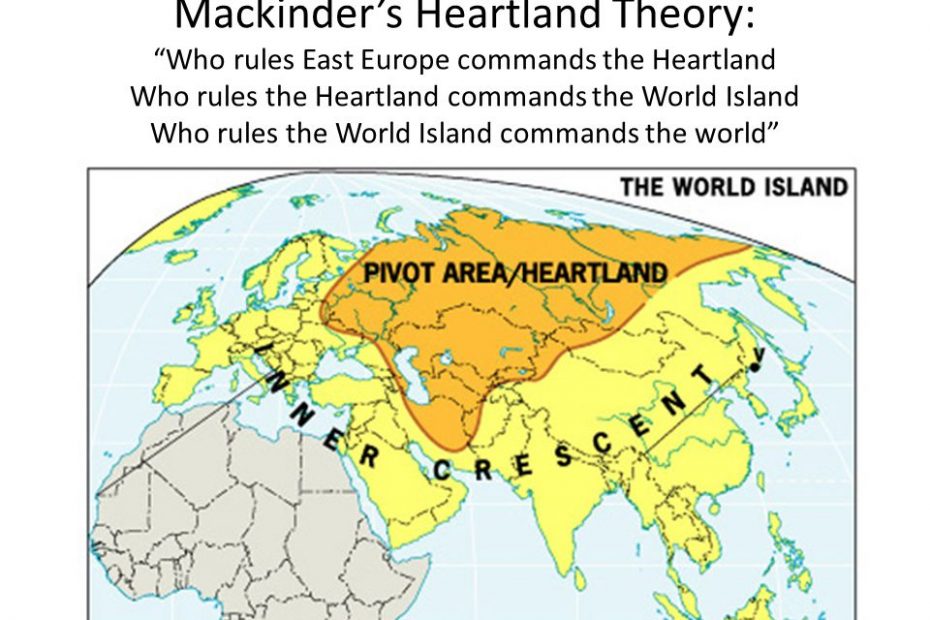 Russia’s Special Operation in Ukraine is the most consequential geopolitical event since World War II. The dissident right in the West, let’s be honest, is a marginal political movement with a barely developed theoretical program, other than a theory of race realism constructed in a laboratory without any organic connection to a real community of ancestral peoples. It should not surprise us, then, that it has been unable to offer any serious geopolitical insights about Ukraine other than immature announcements about “no more brother wars” or dogmatic assertions about the principle of mini-nationalism across Eurasia via the “decolonization” of the Russian “empire” — in theoretical subservience to Neocon American geopolitical goals.

This is not the fault of the dissident right. Liberalism controls the entire network of knowledge, think tanks, universities, doctorates, magazines, newspapers, publishing houses, political, economic and cultural institutions. While American populism is grounded in an actual people who feel a sincere attachment to their national heritage and way of life, it remains subservient to liberalism, providing a mishmash of half-baked thoughts about its preference for Liberalism 1.0 over Liberalism 2.0. “Let’s Keep America Great”. 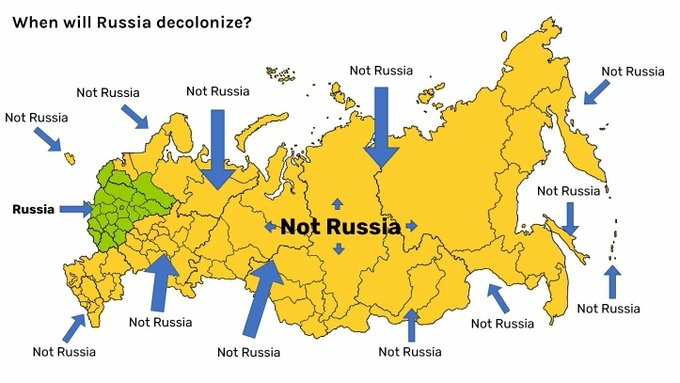 Alexander Dugin is the only intellectual (rejected, ignored, or unknown by most dissidents) who has conceptualized a comprehensive theoretical program against liberalism with a grand politics of the earth, a geopolitics with a profound ontological meaning in the sense of identifying Eurasia as the site within which the Russian Dasein is instantiated as a determinate Volk chosen by destiny as the Katehon, the civilization whose world historical mission is to defeat the American goal to impose a totalitarian liberal culture across the world. But this article is not about Dugin’s philosophical-geopolitical outlook. It is short synopsis about the geopolitical theory of a British man I never heard about until I listened to a Dugin interview yesterday: Halford John Mackinder.

The Russian Heartland and Its Minerals

Mackinder is known as the founder of the science of geopolitics, defined as “the study of the effects of the Earth’s geography on politics and international relations,” on the strength of a book he wrote back in 1904 entitled The Geographical Pivot of History, in which he argued that whoever controlled an area in eastern Europe that may be loosely identified as the region of Ukraine, then a part of the Russian empire, will essentially be able to gain command over the “Heartland” of the world, namely, Russia. With the advent of transcontinental rail, the Eurasian Heartland would begin to exploit its vast natural resources properly.

We know today that Russia is the largest country in the world with a total size of 6.6 million square miles. The runners up, Canada (3.8 mi²), China (3.7 mi²) and the US (3.6 mi²) are significantly behind in terms of size. This huge Russian landmass of steppes, forests, and tundra, according to the World Atlas, contains “massive quantities of basic metals” that are indispensable for a high tech economy.

Before the sanctions, Russia was producing roughly 40 percent of the EU’s natural gas and almost 12 percent of the world’s oil. Russia is also the second largest holder of coal reserves in the world. To hide this geopolitical reality from the public, and inculcate the opinion that it is worth investing in military actions against an economically weak Russia that can be easily defeated, the MSM pushed in recent years the narrative that “Russia’s economy was more or less irrelevant, merely the equivalent of a small, not very impressive European country…an economy the size of Spain or Italy”. Recently, however, the normally anti-Russian outlet, the Israeli news site Tablet, was compelled to admit, in light of the obvious failure of Western sanctions, that the West has been vastly underestimating Russia’s economy.

If one relies on purchasing power parity (PPP), “which measures productivity, per capita welfare and resource use, “Russia’s economy is actually more like the size of Germany’s, about $4.4 trillion for Russia versus $4.6 trillion for Germany.” Indeed, Russia’s economy is actually “vastly larger than that of Germany and represents probably 5% or 6% of the world economy” if we pay less attention to the share of the service sector and focus on the share of the commodities and industrial sector, of goods such as oil, gas, copper, and agricultural products.

Meanwhile, the “service sector [consisting of such things as Netflix movies, fast food chains, and Disney’s grooming entertainment industry] accounts for roughly 77% of the U.S. economy and 70% of the EU’s—suggesting a potentially significant degree of overvaluation in Western economic heft”. 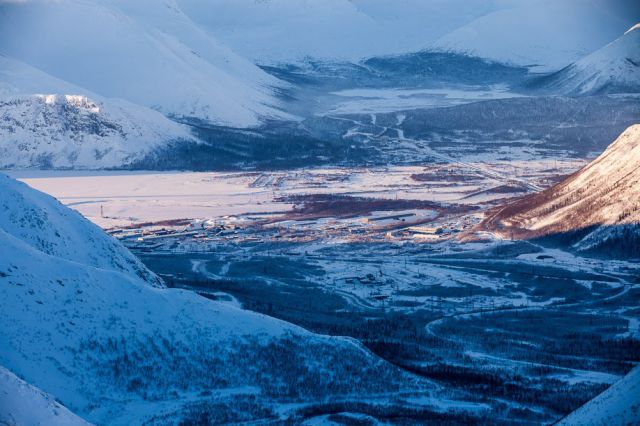 But what’s even more important is that the US barely produces any of the “fifty critical minerals” identified by the Federal Register, The Daily Journal of the United States government, as crucial to the future development of all sorts of advanced digital and high-performance technologies. The US only  produces five of these minerals, with most of them imported. In February 2021, the Biden Administration signed Executive Order (EO) 14017, to “strengthen the resilience of America’s supply chains”, followed in March 2022 by the Defense Production Act to secure “reliable” supplies of these minerals.

Meanwhile, while Russia is certainly not the exclusive producer of these 50 critical minerals, it is a leading producer of many of them: nickel, platinum-group metals, rhodium, palladium, platinum, as well as “rare metals,” along with China, which extracts 60 percent of and processes close to 90 percent of rare earths.

“Without Ukraine, Russia ceases to be a Eurasian empire.”

However, we would be mistaken to view the Ukrainian war as merely a struggle over resources: it is at the same time an ideological struggle between American unipolarism and Russian multipolarism. The “dominant paradigm” in American foreign policy, as Dugin expresses it, is liberalism, “which denies any sort of sovereignty and autonomy, abolishes civilizations and religions, ethnicities and cultures, replacing them by a forced liberal ideology, the concept of human rights, individualism (in the extreme leading to gender and transgender politics), materialism and technical progress elevated to the highest value (Artificial Intelligence). The goal of liberalism is to abolish nation-states and establish a World Government based on Western norms and rules.”

In contrast, and in large part through the writings of Dugin, the mission of Russia is to create a multipolar world consisting of civilizational spheres each with its own logos and ethnos, including a Greater Europe with its own civilizational character and ethnos freed from American globalism. Germany tried to take over the Heartland, but failed. Now the US is trying to do the same by promoting Ukrainian nationalism as a spring board for the full decolonization of Russia.

The decision to use Ukraine as a staging ground for gaining access to the Heartland is not only due to resource location but in full American awareness that this land is the origin of Mother Russia, Orthodox Russian Christianity, Kievan Rus, a central pillar of Russia’s identity, the lost of which would inflict a fatal cultural wound to Russia. A key architect of US foreign policy towards Ukraine was Zbigniew Brzezinski, national security adviser to president Jimmy Carter. Brzezinski, of Ukrainian-Polish descent, is the author of 1997 book, The Grand Chessboard: American Primacy and Its Geostrategic Imperatives, based on Mackinder’s Heartland Theory. Brzezinski argued that in order for American liberalism to retain its global supremacy in the wake of the fall of the Soviet Union, it had to assume geopolitical power over Eurasia.

Eurasia is thus the chessboard on which the struggle for global primacy continues to be played, and that struggle involves geo-strategy — the strategic management of geopolitical interests…For America the chief geopolitical prize is Eurasia…and America’s global primacy is directly dependent on how long and how effectively its preponderance on the Eurasian continent is sustained.

Here is the gist of his argument. The end of the ideological struggle between the USSR and the US does not mean that power struggles will ceased between these two nations. Eurasia will become the major geopolitical chessboard for global supremacy. America will not be able to retain its post-Cold War supremacy unless it prevents “the emergence of a dominant and antagonistic Eurasian power” by encouraging Westernizers to take power in Russia, and supporting the full national independence in domestic and foreign policy of Russia’s new neighbors (former territories of Soviet empire). 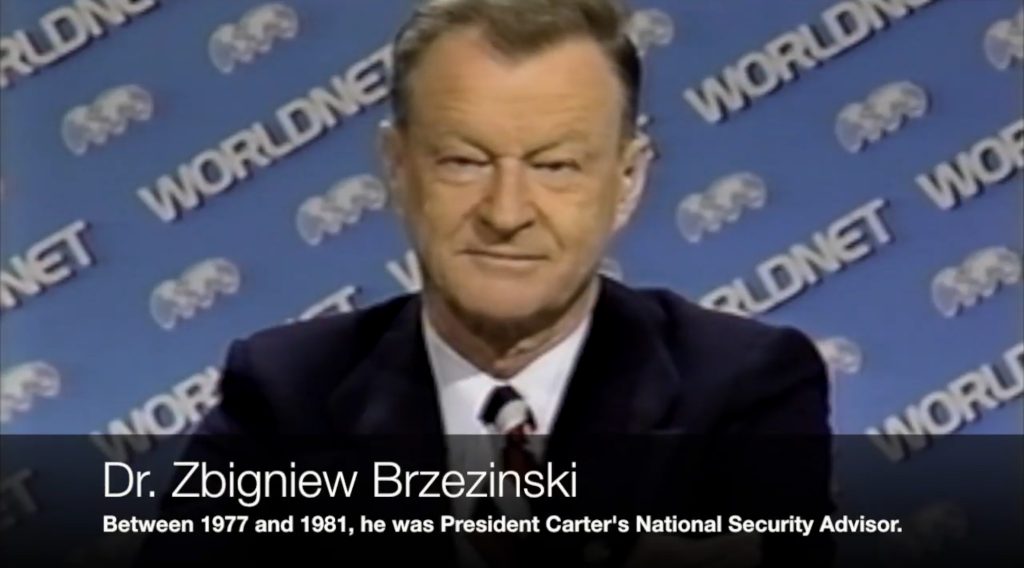 Europe must become America’s geopolitical bridgehead for the projection of American power via the enlargement of NATO. This should be accomplished in stages until all former Warsaw nations become members of NATO including the Ukraine. “A sovereign Ukraine is a critically important component of such a policy”.  “Without Ukraine,” he wrote, “Russia ceases to be a Eurasian empire.”

The goal, in Dugin’s words, is “to turn Ukraine into an outpost of Atlantism and to impose Russophobic nationalism as the main ideology on its people.” The US understands that “without Ukraine, Russia will never be able to become a full-fledged sovereign power, an Empire, an independent pole of the multipolar world.”

This topic is new to me. Only last night I first thought about this Heartland thesis. I found the above quotes in a Dugin article (March 11, 2022) I read just now in the course of completing this post. I highly recommend this article for its expertise in the way Dugin has integrated Mackinder’s thesis into his own multipolar perspective.

Dugin understands the mind of the enemy. Mackinder’s Hartland thesis is indeed central to what’s going on in Ukraine today, as can be easily ascertained through a quick Google search. Below are some links to the numerous articles written about this thesis in the years leading to the Ukraine war, and in the past few months.