The Myth of the Native American Mass Graves 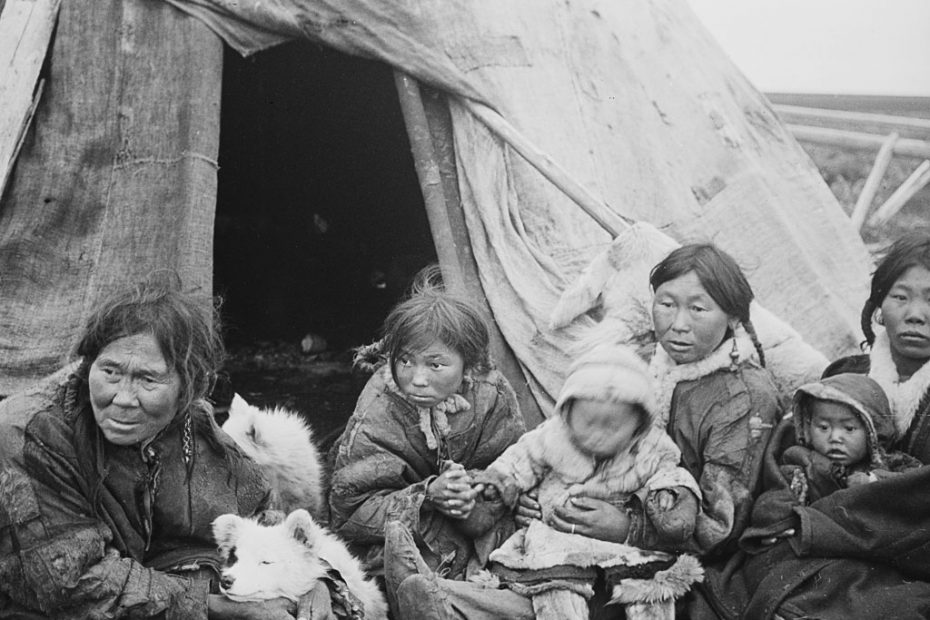 Did you know that the children of the nomadic Siberian Nenets tribe are sent to boarding school for nine months each year to learn the basics of civilization?

Many of them don’t tolerate it and literally freeze to death trying to return to the tundra to join their tribe. It’s hard to change worlds, to go from freedom to confinement from one day to the next. We know something about that, don’t we?

Does this mean they are coerced? Of course not. It’s not the evil civilized White people forcing them. Like all responsible parents, Nenet parents who want the best for their children, know very well that they need to learn how to live in the modern world.

After their education which lasts several years, most of them do not want to return to the tundra. The most gifted become lawyers, doctors, or researchers, the others find a job of some kind and integrate themselves into the society that raised them. Nobody forces them. They themselves choose where they want to live and how. And that’s a good thing.

Russians have great respect for the hundreds of ethnic groups that have lived on their territory since time immemorial. They want things to go well and everyone to be happy.

And so did the Missionaries who taught the Aboriginals in residential schools. By vocation they were also sincerely concerned about their students who just like the Nenets were to be civilized for their own good.

Since their parents lived in the wilderness sometimes far from the boarding schools, they could not be sent back to their families on weekends as they would today. There were no roads or buses. In order to adapt them as well as possible, it made more sense to keep these children in boarding school for several months.

But despite this long stay away from their parents, many of them like the prominent Aboriginal playwright Tomson Highway and the late band chief Cece Hodgson-McCauley greatly enjoyed their time at their schools. “Nine of the happiest years of my life were spent at that school…some people have been badmouthing residential schools for money,” the chief told the Huffington Post and CBC. (1) 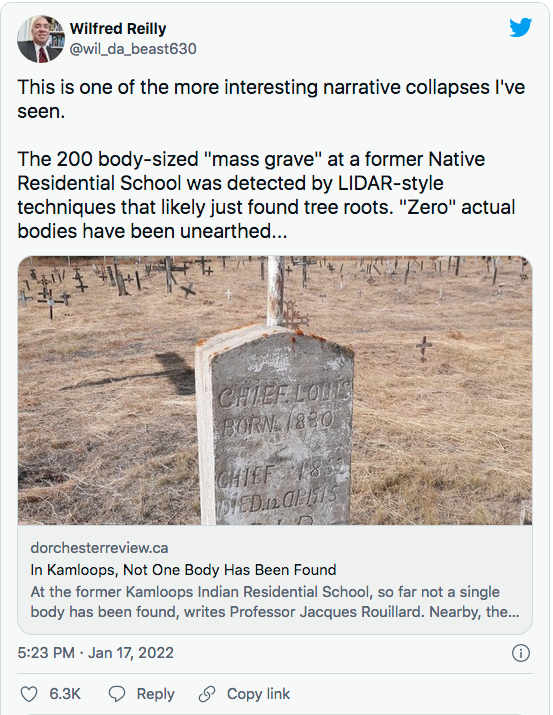 At the time of the so-called mass graves, the child mortality rate was close to 40%. Aboriginal people were less resistant to disease than Europeans. Residential schools were overcrowded and hygiene was sometimes poor. Malnutrition, tuberculosis, typhus, Spanish flu (1917-1921) and several other infectious diseases were rampant. There were no antibiotics to treat them. Is it any wonder that many died? Of course not!

But since the deaths were not of criminal origin, there was never a “mass grave” and “genocide” as Justin Trudeau has falsely claimed. The Canadian Residential School Mass Graves myth was thoroughly debunked by Jared Taylor (See Kamloops: Greatest Hate Hoax Ever?) 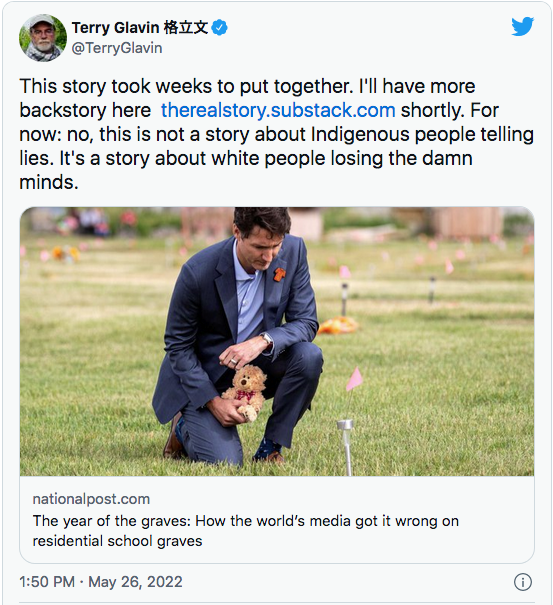 It is very much Hollywood, and the media, that has destroyed the image of the Church, and led astray people like our Prime Minister. “On television and in the movies,” writes French writer Hervé Ryssen in his DVD book documentary, Satan in Hollywood. Christianophobia in the movies, Christians, especially Catholics, are most often portrayed as bigoted, narrow-minded and intolerant, even as rapists or murderers. As for the Catholic clergy, they are most often portrayed as a bunch of sadists.”

But it is also Whites who are targeted through Catholics who are never Black, for example. Thus, in films and television series, Whites are often bastards and losers, while men of other races are always nice, intelligent, and resourceful, the darlings of white women who only have eyes for them. 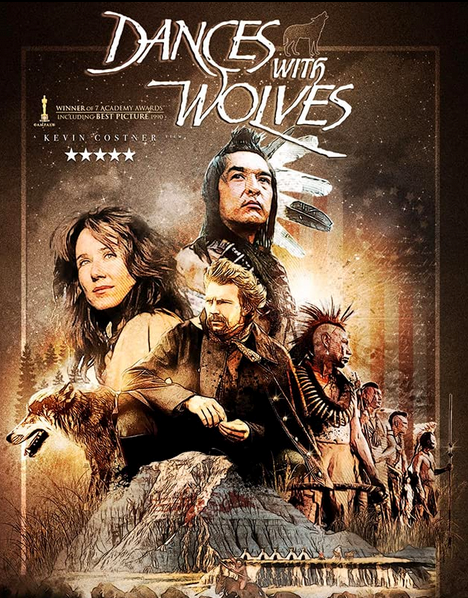 It was also Hollywood that portrayed the Native Americans as innocent victims of the evil Whites. You’ve probably seen the movie, Dances with Wolves, with the handsome Kevin Costner, but did you know it’s pure fiction? Truth be told, before their evangelization and education in boarding schools by missionaries, Native Americans were not noble, good, kind, or innocent as portrayed in the movie. They were savages of unprecedented cruelty; primitives who practiced cannibalism and slavery; warriors who spent their time fighting over territory. (2) Hollywood glorifies them only to smear Christians and Whites.

You can easily see this hatred of White Catholics and Whites in general almost on a daily basis in the media and in the movies. (3) Hollywood, CBS, ABC, NBC, CNN, PBS, The New York Times, The Washington Post, The Wall Street Journal, to name only the best known, have only one goal in mind: to sully Christians, demonize the White race and turn against it the minority groups and the White liberals like Justin Trudeau who, by dint of being told in schools and everywhere that their race is rotten, hate it more than the minorities themselves. (4) 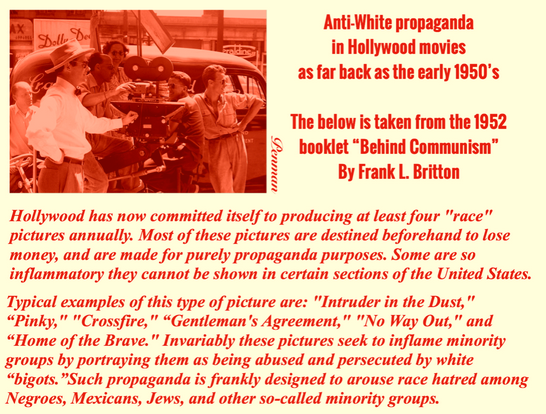