Replacement of Euro-Canadians — For Normies 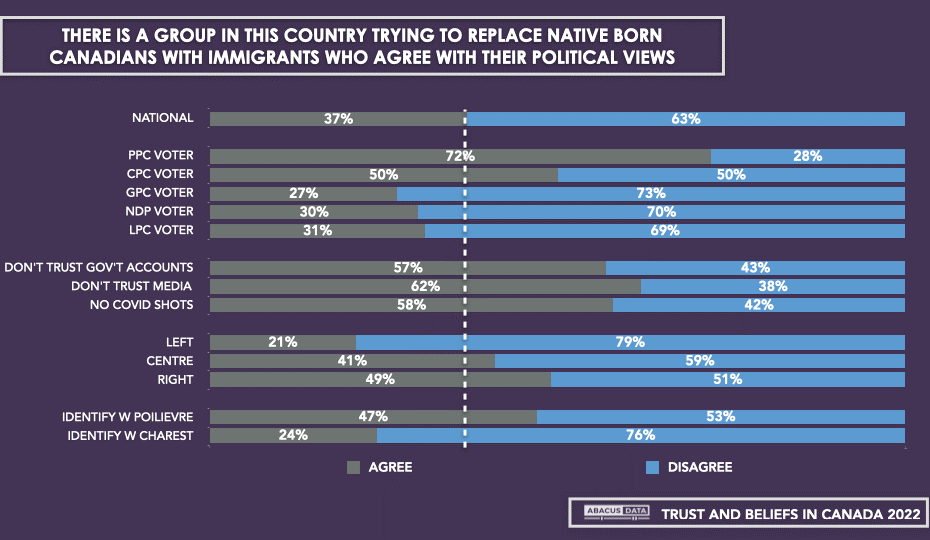 A recent National Post article has reported that ‘[m]illions of Canadians believe in white replacement theory’ – according to a new Abacus poll.

Despite the odd syntax of the question (shown above), the response is somewhat surprising given the incessant downplaying of its premise by the media and political apparatus.

Of those who believe in the White replacement theory, 49% had right-wing political views; 41% were centrists; and 21% had left-wing views.

These numbers will go up – and below I offer a moderate and uncontroversial argument to help that happen. This isn’t meant to break new ground. Rather, as we meet people where they are, it may help provide context and evidence in diagnosing our current condition, and get gears turning.

In Canada (and much of the West, generally):

Now, we’re told that this is a ‘conspiracy theory’. But what is conspiratorial about it? Nothing, inherently. In fact, despite the rather cartoonish condemnations from the mainstream left and right, and despite some of the mistaken views that may be held by some on our side; one can still justify belief in ‘replacement theory’.

One can deny that the White race is being replaced by any one particular race. One may explicitly deny that replacement is the intention of a cabal of elites who are bent on erasing the White race from the world. But one cannot deny that White-majority nations in Europe and North America are having their native White populations dwindle as a proportion of their total population whilst the foreign-born population increases due to immigration and other policies set forth by our leaders and decision-makers. So, there are people in power who have made decisions to implement certain policies and incentives which, in turn, have entailed this situation – so there is at least some weak claim to ‘intentionality’. This is a man-made problem.

Now, there are also some complicated issues about why native birthrates are so low. Reasons range from education to birth control and abortion; to unstable economic conditions and the cost of raising children; to fear of climate change; to materialism and consumerism, as well as the promotion and acceptance of ‘non-traditional’ families and gender norms. Additionally, some of these factors are touted simultaneously as explanations for our current state as well as achievements of our progressive society (which, itself, must become increasingly progressive).  There is little to no discussion of pro-natal policies, and what to do about low birth rates in-house. The only solutions to our current crop of problems are more of what got us to said problems in the first place.

Given this mish-mash: what are we supposed to believe? Whatever we’re told. I suppose.

We’re told by our media that points (1-4) are facts, and (5) is touted as an achievement by our leaders and elites – ‘diversity is our strength’, after all. Additionally, there are ongoing attacks – literal and metaphorical – on European heritage: from the tearing down of statues and the burning and vandalisation of churches to media and corporate campaigns that target and dilute the native populations’ national identity, character, and history whilst bolstering the prominence of the non-native. The trajectory seems obvious: European heritage, culture, and its diaspora peoples are replaceable.

In response, we’re first told that,

This discourse is clearly dishonest and malicious.

Instead of taking these issues seriously and discussing honestly, the discourse around replacement reads like a series of A/B tests wherein media figures, politicians and pundits throw out shallow, poorly thought-out denialism or even insults to dismiss critics, no matter how tepid (take Maxime Bernier for instance). Additionally, there are gatekeepers on the right who divert the discussion from the racial issues by turning the discussion into one about political views (as evidenced in the Abacus question, itself).

Let’s be clear: this obfuscation from the mainstream right is a lie.

If this endeavour was about replacing conservatives with progressives, then our leaders would be focusing on bringing in Norwegians, Finns, and Danes. But they’re not. They’re focusing on Indians, Chinese, and Nigerians. 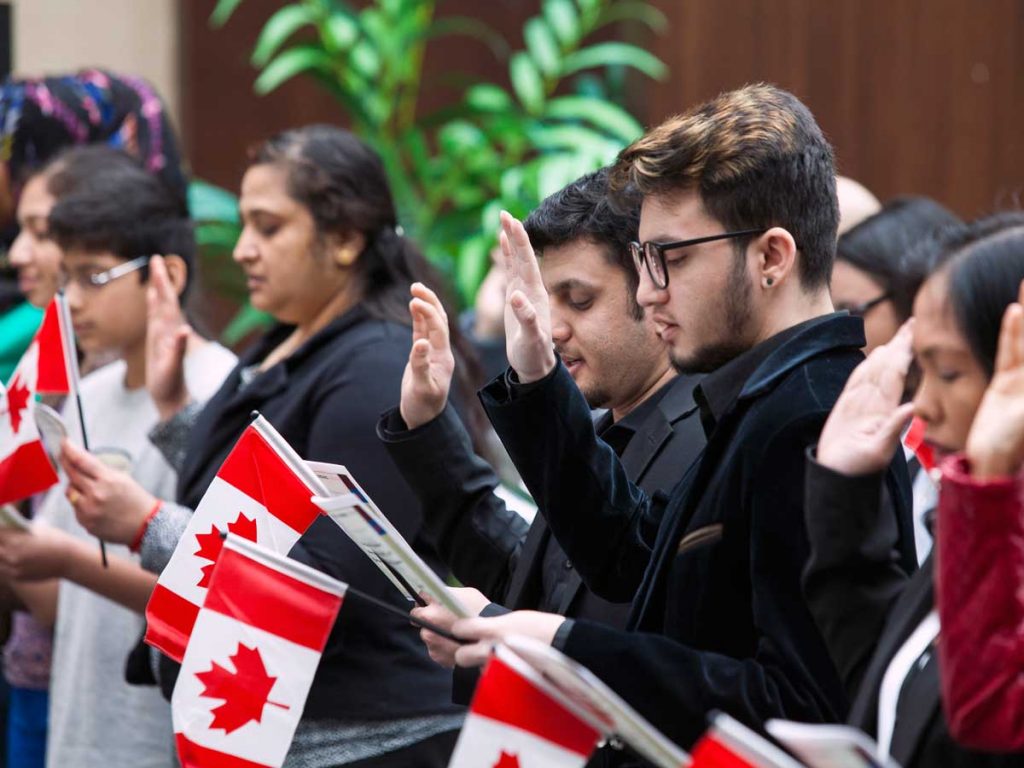 I won’t believe lies, and neither should you, dear reader.

Now, one will likely be asked, ‘why are you concerned in the first place? Why not accept that this demographic change is happening? After all, it isn’t so bad.’

That is another issue, and I’ll happily get into it later. After all, there is a lot to be said for ethnic self-determination, democracy and maintenance of political functioning, the preservation of culture and kinship, amongst other things, but it should suffice to say that one ought not accept things that are unacceptable, and dishonest and manipulative discourse in the service of the dwindling ethos and presence of one’s own people are such unacceptable things.

The point, here, is modest, however: if one reads the five (5) points, and agrees that they’re true, then one agrees that replacement is happening.

Additionally, if Abacus is to be trusted, then roughly 14 million Canadians agree with some form of replacement theory. These are rookie numbers, and we’ll have to pump them up – and we can because this potential demonstrates the profundity of our situation and value of our stance.

At risk of sounding preacherly, I’ll just finish by stating that we ought to approach this rather delicate topic with finesse and calm as we’re likely to encounter discussions about it more in our day-to-day lives. We should allow people in our lives to feel as though they have permission to speak about this issue, and others.

This isn’t the turning of the tide, but we aren’t merely froth on the wave.