Multiculturalism is a Hollow Expression of Western Cultural Racism 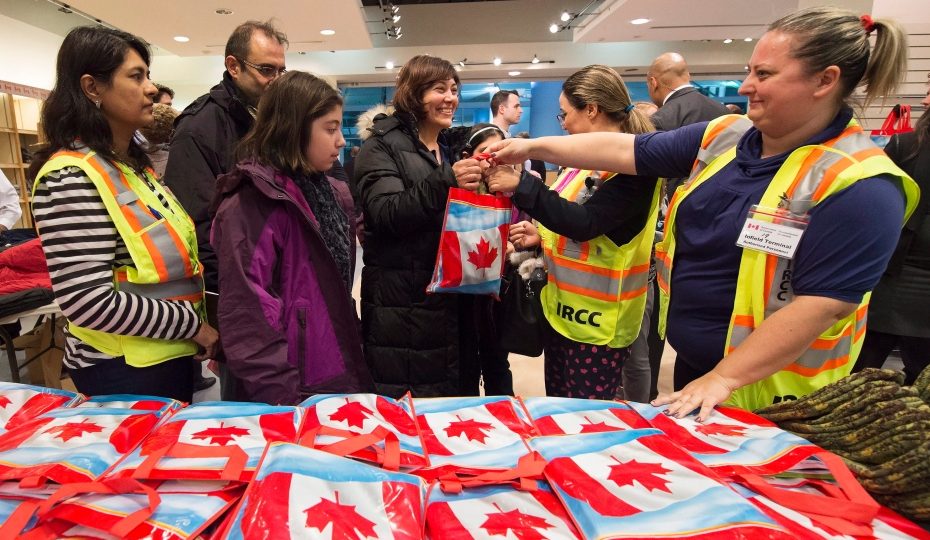 For thousands of years, men took group identity for granted, even in relatively individualistic societies such as Western Europe. Seeing Others as equals was hardly a priority; indeed, it was better avoided in favor of pursuing the interests of your own clan or nation.

The white progressive (prog), on the other hand, seeks to bring everyone up to his universalistic, disinterested level. Treating Others better because of their race (and without any knowledge of their culture or language) is part of an attempt to make them equals. Diminishing whatever is Western is part of the same effort (i.e., Orwell on the sniggering left-wingers of interwar Britain who delighted in criticizing everything British). In practice, the equality sought by the prog is never attained. He blames this on the continued existence of “bigots”—SWMs not shorn of all group identity. As a result, you will not enjoy the advantages of the sort of group identity which non-SWMs continue to have.

The success of political correctness means that it is not only mandated by law, but also that many white progs have internalized it. This is the climate the social engineers have fashioned. It takes advantage of your pre-existing Christian, individualistic, Anglo inclination to take an interest in Others, as well as the sense of decency, fairness, and politeness that characterize Western society. We treat strangers better than we treat ourselves.

For the Western child-man, ignorance makes possible an apparent easy access to Others. You are not required to know anything except that they are “diverse.” You do not ask where a person is from: it would be “racist” to assume they are not locals like you. You do not compliment a non-white on how well he speaks English: it would imply there is something unusual about him speaking English well. This is the paradox of the prog’s multiculturalism: he wants you to appreciate other cultures, but avoid the “racism” of noticing they are different.

How different from interaction between the Chinese and Japanese, who share an understanding of their two clearly different identities! They understand each other far better because of a common historical background—even if each is wary of the other as a traditional enemy, and each thinks his own culture superior. They have a wary respect for their different identities, appreciate what they have in common, and are capable of a cautious mutual understanding far superior to the careless Westerner who “gets along with” both of them without even understanding his own cultural identity.

For Asians, relating to naïve Westerners is a relief from the hard work of socializing with fellow Asians, even those from their own country. Asians are always at work, even when socializing. No wonder they appear to be having such a good time in the West. The aim of Western-style “intercultural understanding” is to give a boost to Others so they can communicate with you on your terms. By ignoring differences as if they don’t matter, and treating the Other like the guy next door, you allow him access to you and your society. This technique is meant to enable the rapid construction of Politico-Rectopia by insuring that cultural differences do not get in the way of Others’ quickly adapting and taking advantage of the new “multicultural” society.

The absence of any racial identity paradoxically often makes the Westerner look more racist than the Asian, e.g., while the Western tourist is treated well in Japan, the tourist is treated without ceremony in America. Many Westerners have stories of how delightful and kind everyone was to them when they were touring Japan. The reason for these experiences is because the visitor to Japan, a highly ethnocentric country, is being treated as a guest, and the Japanese collectively want to leave a good impression. Even the Westerner living in Japan for 40 years is an expatriate, not an immigrant. They are confident the foreigner will leave, preferably soon, and this contributes to their polite manner.

In contrast, Asians often return home with the impression Westerners are rude. The arrogant Westerner assumes any foreigner should speak English as if he were a fellow citizen already, and does not accommodate them. (The negative impression is exacerbated by the West’s well-advertised history of slavery, lynchings, etc.) For the West there is no consciousness of the need to take differences into account. Liberal arrogance actually denies such difference and assumes we’re all the same, treating a tourist or “newcomer” the way he might treat a family member—i.e., unceremoniously. The underlying problem is that the Westerner has no identity of his own.

The prog wants to apply his ideals to everyone, regardless of borders—all seven billion people on earth—but he cannot do this while thinking of himself as a part of a distinct culture, religion, or race. So he declares universal equality and does nothing to distinguish himself from Others, while not merely accepting but encouraging the distinct identities of Others.

If everyone in the world is now the same as you, the effect is an increasing loss of identity. Sherard Jones, whose grandfather fought through Korea and lost an arm, is no different from Wu Fang, who’s been in the country for two weeks and whose grandfather was part of the Chinese invasion of the south. Asians accept distinctions, and history, the Westerner doesn’t. He accepts everything and understands nothing. Indeed, from the prog’s point of view, the less he understands the better.

Cultures that don’t have the confidence to move forward will move back: non progredi est regredi (not to go forward is to go backward). Any student of history understands that equilibrium never lasts. (The prog does not read history because he is trying to escape it.) At present, Western culture seems determined to regress. A white individual without any racial-consciousness may excel personally, but his group will not. And this loss of collective confidence is what the prog wants so that a newer more “vibrant” society can replace Western civilization. The cretinism within white society is the result: pretty young girls have bad posture and no necks, and the boys bite their fingernails. The largest parades in the country celebrate homosexual “sex” and the homecoming queen has Down Syndrome. Society is upside down from its historical norm. 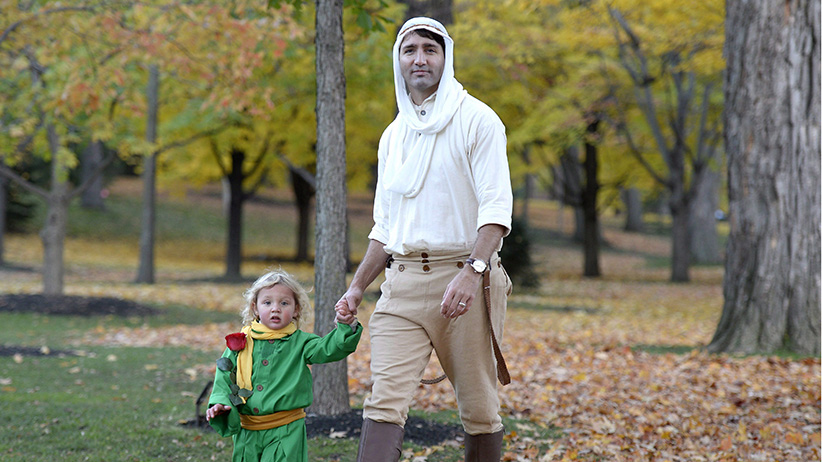 The individual white person, alienated from his own culture and history, may find something of what he is lacking in other cultures. The boomer mother may, e.g., admire the study habits of Chinese children—not knowing it results from their being bullied by their strict Chinese mothers. This same mother imagined her own parents were excessively strict, and rebelled against them. But now she looks to the Chinese for a little guidance. Perhaps she will start to go over her children’s homework. It will never occur to her that this is something her people could do in order to compete successfully with the Chinese. She more likely looks forward to the day when the harder working Chinese take over, and we’re all driving the cars they manufacture. They work harder, they deserve it and we live in a meritocracy, don’t we?

In other cases, Westerners find pleasing characteristics in other cultures which they would consider horribly conservative and unacceptable if they were home-grown. Where I come from, it would have been thought laughable to have children study the violin. Meanwhile, in Japan, many schools have a piano for every student in a class. The prog is intrigued by Oriental dance and Yoga, yet would oppose any attempt to maintain general standards of good posture within his own culture. He might not mind if it were taught within his own exclusive group, perhaps at a private school, but he would disapprove of it becoming a standard for his entire race or nation.

Despite occasional individual borrowings like this, multiculturalism as a social program is a hollow expression of Western liberal racism and arrogance. The prog lives with some foggy notion that all people are moving towards a more Anglo view of the world. In other words, it is planned that into the 3rd and 4th generations the children will reject the traditional positives of the family. Despite apparent infatuation with the Other, perceived as quaint, the prog assumes that over the long term it will be his way of life that influences the Other, not the other way around. The purpose of Western “multiculturalism” is to allow the Other time to become a prog like himself. His plan is a combination of his own race replacement and cultural imperialism.

It never occurs to the prog that the Others might not want multiculturalism because they do not want their grandchildren to become promiscuous drug addicts, like the white kids. After all, the prog is attempting to act in their interests, isn’t he?

The only way to have a new imagined community is by stepping aside to let it step forward. “Your” country and culture does not consider people like you their exclusive proprietors. If anything makes a prog panic it is the accusation of being exclusive rather than inclusive. He will even vote for a black man or adopt non-white children to prove his inclusiveness.

Dispensing with your identity makes you an ideal citizen and allows for the easy acceptance of Others. You can be as greedy and self-indulgent as you like as an individual, but any identification with your ethnic group and gender is strictly Verboten. Whites with a strong identity are just a hair’s breadth away from “white supremacy.” You must either have no identity or identify with other races (or sexual identity groups) around you.

Unlike previous generations, you are on your own. In Margaret Thatcher’s words, “there is no such thing as society”—only individuals and family. Disliking yourself for being a normal white male plays well; an unconcerned detachment and lack of historical memory enables you to love the Other more than yourself. For your affections and interests have to go somewhere. Identifying with another culture demonstrates approved attitudes and allows you to advance socially as an individual. When you’re this agreeable, it undoubtedly promotes social harmony, which is what the social engineers want.

If there is anywhere you may still shine as a white man, both the prog and the Other will find it out. Even though the Japanese, Chinese, and Koreans are not “equal opportunists” themselves, you can expect them to raise a fuss wherever they do not find things to their advantage in Politico-Rectopia. So from now on the West will be changed by the rest rather than the other way around.