Labour Shortage? – There Is No Such Thing 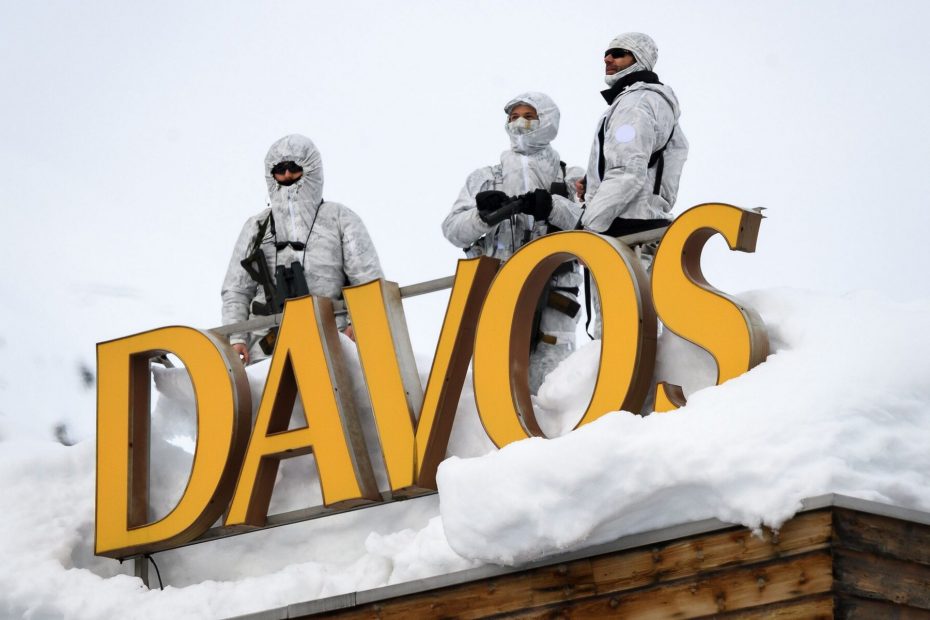 Recently, the monsters of international capital were once again gathered in Davos, Switzerland, for the annual WEF conference at which they consider new and better ways to harm and destroy the peoples of the Earth.

May Klaus, Bill and the gang get the justice they deserve.

For decades, establishment Canadian newspapers have regularly run apologetics for mass immigration using the Big Lies that “the economy  needs workers” and that the country suffers from something called a “labour  shortage”.

So, it was quite a surprise to see the latest of this genre feature in The Epoch  Times Canada, the “independent” newspaper dedicated to “Truth and  Tradition”.

Unless one is writing about a society in which a large percentage of able bodied males were just slaughtered in war, the claim of a labour shortage is absurd.

It is also telling. Very telling.

Taken together, the two claims above rest upon the fundamental assumptions that:

It is a monstrous vision and one that, as we have seen over the past two years of political tyranny, is the prevailing ideology of those ruling over “Western” societies.

The purpose of a human life, traditionally, and certainly in a Christian society, is seen as using one’s talents and abilities towards building family, community, and civilization.

Post-WWII, that changed as mass media inculcated in people the idea that the pursuits of wealth, status, and pleasure (selfish ends) were the purposes of human life, and that social obligation, fidelity, and common goals had no value.

Western decline can be traced directly to this impoverished materialist and atomized view of human existence having taken root in society.

Now, we are told that the purpose of a human life is no longer to seek even such base goals, but it is to exist only to serve the holders of capital.

That ideology is a slave ideology and it is, of course, the exact ideology of the Davos (WEF) oligarchs who have corrupted our ruling classes and brought us the past two years of tyranny under the guise of an alleged public  health emergency.

That same Davos Man is determined to erase the nation-state and place all  humans under one-world government while eliminating those it refers to as “useless eaters” – where “useless” means “of no value to the holders of capital.”

In a society that is not self-sufficient because it has, like other Western nations, off-shored the majority of its manufacturing to other nations, that is a curious claim.

Does the Economy Need Workers?

Indeed, resource extraction and manufacturing weren’t mentioned in the article – the writer focused upon residential construction and service sectors as the areas of the economy that supposedly “need” workers because of  alleged “labour shortages.”

The writer’s claims and conclusions are flawed because they are based upon assumptions rather than analysis of the economic sectors cited.

I note that the writer did acknowledge that each of these sector’s labour  issues have been caused by government action.

The healthcare sector is short workers because of government action in firing workers who refused to take experimental gene therapies that are shown, increasingly, to be both ineffective and dangerous.

These jobs do not contribute to the material wealth of society and every (government) worker hired siphons off resources that could go directly to aid the needy – hiring a middle-class university  graduate on a sinecure is not going to improve the lives of the poor.

Foodservice? This is a sector that satisfies wants not needs – it exists upon discretionary spending. As such, both the consumer and the operator can and should absorb the cost of paying a living wage to workers – importing  more workers to depress wages further does not improve the lives of  workers, only the holders of capital.

If there is a surplus of providers in the foodservice market, the solution is to let the market determine which providers survive and which do not – the  solution is not to treat workers as exploitable economic inputs who do not  deserve a living wage.

But, the problem of housing is a demand problem – too many people – not a supply problem. Another common refrain from those shilling for mass immigration on behalf of international capital is that we need immigrants to fuel economic growth.

We live in one of the wealthiest countries that has ever existed.

We need only maintain a dynamic economy that is capable of providing gainful employment and a decent standard of living for our citizens.

We also need to reorient our thinking and our culture towards the quality of  life experienced by Canadians and away from the wants of international  capital.

Let me address the capitalist objection to the above arguments.

The capitalist will claim that society is missing out on economic gains by foregoing new enterprises for want of immigrant labour.

To which, if you’ve been following my argument, you will know my response: So what?

I firmly reject the premises of the capitalist – I repeat, people (and peoples) have needs; capitalists have wants.

The highest value of humanity is not, and cannot be if there is to be a civilization, the next dollar earned.

I have already described a situation where all adult citizens are satisfied with their employment – which I define as “full employment” (without regard for how those charlatans known as “economists” are defining it this week).

So, in circumstances where the holder of capital wants to build an enterprise, the citizens do not need the jobs on offer, and the output of that enterprise is either not needed within the country or is intended for export [1] we have a situation with an obvious solution for the capitalist: establish that enterprise in a foreign country that needs investment and jobs [2].

If the citizens of this country are content to trade off some anticipated marginal economic gains (in one of the wealthiest countries ever) for social and cultural stability and cohesion, to preserve our communities and farmland, etc., then it is our right to do so and to place these values above that of material gains.

And, if the citizens of off-shore country ‘X’ which gains the enterprise are happy to have the jobs and economic growth, then they, too, are happy.

In this country, we even get the non-material, universalist benefit of knowing that other people have benefited from the investment made by our  homegrown capitalist – a warm and fuzzy feeling.

So, why isn’t the capitalist happy?

To be fair, the capitalist, if he or she is a human being, may well be content with the arrangement.

But, if the capitalist is rootless “international capital” in the form of banksters and multinationals –i.e. Davos Man – he, or rather “it” will not be happy because it has had its aspirations thwarted by and subordinated to those of  actual flesh-and-blood humanity.

As I stated above, in a state that is governed for the benefit of its citizens, there is no valid economic argument justifying mass immigration.

The economic “arguments” were always facile and intended to deceive.

Davos Man is not happy because the drive for mass third-world immigration is not economic: it is a malevolent urge to dominate and destroy the European peoples.

1. Nothing changes about the argument even if the output is needed in the national economy. In that  case, the capitalist will have a ready market with suitable profit margins, and the jobs on offer will attract workers, leaving some other enterprise less able to exploit workers and forced to adapt, close or off-shore.  Either way, it is a net gain to the national economy and of material and social benefit to the workers.

2. Let us remember that it is, at present, the practice of Davos Man to off-shore jobs while importing workers at the same time in order to cause social and economic chaos in this country.