The West Does Not Need Eastern Traditionalism to Counter American Liberalism. It Needs To Recapture Its German Enlightenment 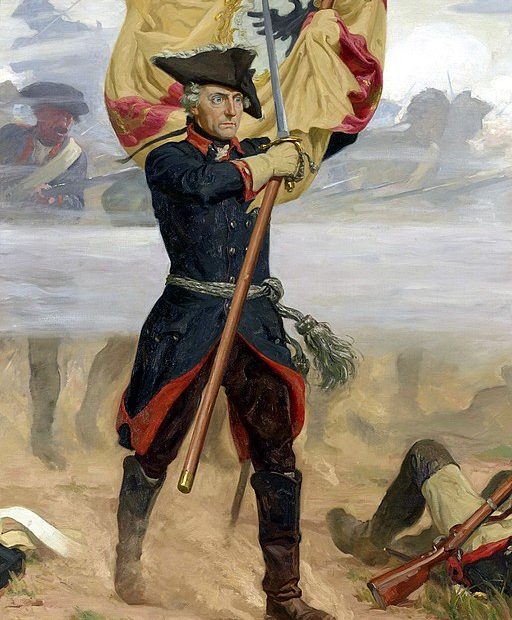 The Enlightenment, as a historical event, can be defined as the expression of modern subjectivity that broke away from the traditional ties of feudal society, and that seeks to organize a free institutional form that emanates from the source of a self-legislating and self-reflective reason. Or as Kant said, “Dare to think!”. But it is not correct to understand the Enlightenment as a single block. There are distinct trends within the Enlightenment. Here, we will analyze two. We will call the first “English Enlightenment”; the second, “Prussian Enlightenment”.

This distinction is necessary because within the dissident right there are many who regard the Enlightenment as the main cause of the contemporary decadence of the West. The idea is that we wouldn’t have feminism, gender ideology, cultural Marxism, postmodernism, if we hadn’t decided to probe the secrets of the natural world, dethrone our kings and relegate the altar of Christ to the realm of private life. In this way, it would be enough to look to the East – EX ORIENTE LUX – to find the remedies for our problems: Chinese bureaucratic authoritarianism, Russian community and traditional mentality, Hindu spirituality, passivity in the face of all established order, etc. Guénon and Dugin are clear examples of such a stance. It wouldn’t hurt to remember that the much-esteemed East, spiritual and traditional, capitulated to the light that came from the West in the form of military superiority, modern science, representative institutions, market economy. Not to mention that the East also has its vices; these are always underestimated by passive minds that dream of nirvana and the immersion in the nothingness of Brahma as a solution to their existential miseries. The solution to the West’s problems will, as always, come from the West itself. The sun may rise in the East, but it chose to plunge into the night and have its safe sleep on the shores of the western world.

But critics of the Enlightenment within the dissident right agree that there is a destructive and anarchic potential in the Enlightenment, which is responsible for the West’s current problems. But by taking the Enlightenment as a single block, they fail to realize that within the Enlightenment itself lies the solution to the crises engendered by modernity. Hence the need to differentiate between an English Enlightenment and a Prussian Enlightenment. The English Enlightenment can be defined by a few characteristics: semantic nominalism, materialistic natural science, laissez-faire market economy, philosophical rationalism, representative political institutions, anthropological individualism, negative freedom. The Prussian Enlightenment by the following characteristics: semantic realism, organicist and holistic natural science, economic nationalism, political militarism, anthropological communitarianism, positive freedom. Defined in this way, it is clear that collectivist and individualist tendencies do not occur only in the clash between West and East, but within the Western tradition itself. Therefore, we do not need to go to the East to seek the solution to our problems; we just have to go to late Prussia.

No one will disagree that the main problems facing the West today – dissolution of community ties, materialism and nihilism, abolition of personal and gender identities, social anarchy mixed with bureaucratic-political tyranny, hatred of national symbols and any form of tradition, defense of cognitive poverty against all forms of high culture – emanate from the modern tradition; but we have to understand the exact place from which such problems arose. I propose here the following interpretation: These two Enlightenments – the English and the Prussian – fought each other from the 19th century onwards for the supremacy of minds in the West. The English Enlightenment – for its geopolitical supremacy on the seas, for its liberal economic power and for its representative political institutions – won the battle for supremacy. The Prussian Enlightenment fought back in World War I and lost. Prussia (now Germany) reacted a second time no longer with the Prussian Enlightenment, but with the existential potency of Nietzsche’s revolutionary nihilism, and failed a second time. In an analogy with the history of ideas – Hegel X Locke, and Locke X Nietzsche.

We only need to look at the current world to realize that we live within a liberal cosmology and anthropology. John Locke defeated all his opponents, Hegel, Marx and Nietzsche. In the end, as the story is nonetheless ironic, he will be defeated by his own weaknesses; and he will be replaced by a Chinese Marx, by Mohammed, or by a Dostoevsky with tanks. 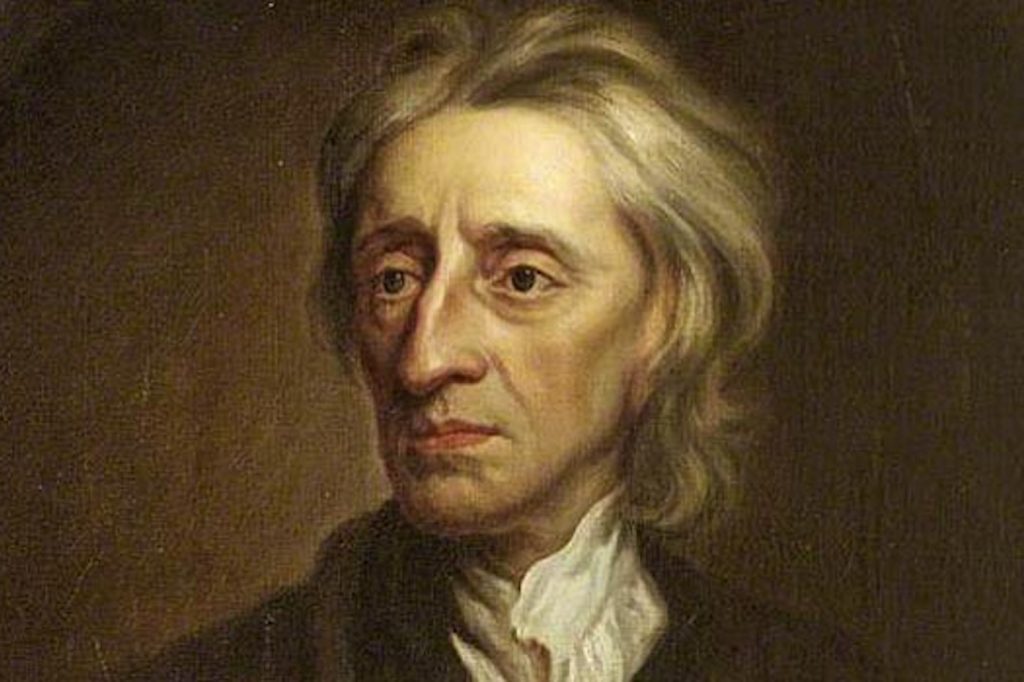 But as Westerners we cannot let John Locke die slaughtered by the disciplined peoples of the East. After all, John Locke is a western man like us, lover of freedom, enemy of despotism and obscurantism, and if he was wrong (YES, HE WAS WRONG), we need just point out his mistakes and correct them. And Locke’s main error emanates from his theory of action. By delimiting the field of human action in essentially negative terms, Locke ends up making the simple desire indistinguishable from the rational will, as Joseph de Maistre has well observed[1]. Allied to this, there is still his liberal anthropology that places the search for security and happiness as the primary goals of man. It is impossible not to perceive the disruptive potential contained in such propositions. Easily the rational will of not be determined by a despotic political power becomes the defense of any arbitrary desire against reason’s own demands for virtue and moderation. The noble quest for a social order where individuals are not subjected to brutal violence becomes the unconditional defense of narcissistic immaturity closed in its childhood world, where no offense or ontological or existential insecurity is allowed. Hegel was right, when an idea enters the field of history, it ends up generating its exact opposite.

Now that we’ve caught Locke’s error, we can fix it. For that, we need to overcome the famous mental insularity of the Anglo-Saxon world and go to the much offended mainland Prussia, where Kant, Fichte, Schelling and Hegel had already detected the limits of British liberalism. It is not by chance that the text that is the Communist Manifesto of the Enlightenment movement, the text “What is Enlightenment?” of Kant, is a hymn in defense of monarchical Prussia and Frederick the Great. In this text, Kant detected what we can call the “Paradox of human freedom”. Let Kant speak:

Or in the words of the Enlightenment soldier-king, Frederick the Great – “Argue as much as you will, and about what you will, only obey!”. But we must not understand this obedience as blind passivity in the face of political and ecclesiastical authorities. What the Enlightenment king has in mind is that the public use of reason, in order to be effective, needs to recognize a solid point from which philosophical criticism can freely occur, in his case, the authority of monarchical power. On the religious plane, the existence of God as sovereign of the universe. When we dethrone temporal power and spiritual power, we end up maximizing the sphere of our civil freedom – we abolish traditions, customs, rites and codes in the name of unstable social bonds – but in the name of the freedom of the individual we attack the legislating freedom of reason to establish norms. of conduct, common public virtues, normative psychological types based on standards of normality, etc. By losing its point of reference, critical reason turns against itself, and uncontrolled it starts to liquefy all the stable social determinations that guarantee the continuity and normality of any political community. Such is the paradox of human freedom. Or as Nietzsche said, “Whoever wants to command, must first learn to obey”.

What to do? Simple: We need to unite the English Enlightenment with its rebellious Prussian brother. Alone, John Locke will disappear amid promiscuous sex, pornography, obesity, emotional fragility and immaturity, nihilism and perversions of all kinds. But the Prussian spirit, the spirit of Kant and Frederick the Great, with its martial virtues of duty, loyalty, order, discipline and courage, combined with the critical potency of the Enlightenment, can correct the weaknesses of the English Enlightenment spirit with its characteristic search for safety and comfort. As Kant said of Frederick the Great’s imperative on criticism and obedience being unity: “A republic could not dare say such a thing.” It is true, a materialist republic of merchants would never say that. But a warrior monarchy of fundamentalist soldiers of the Enlightenment, with a steely passion for duty, order, discipline and reason, is capable of once again bringing the East to its knees before the lights of reason. In this way, it is clear that the institutional form of the Enlightenment is not a cosmopolitan and mercantile republic, but a warrior and nationalist monarchy. The proof of such an assertion gives us contemporary history. The critical and disciplined Prussian spirit took two world wars to be exterminated; the English liberal spirit agonizes before our eyes with its broken and spiritually defeated men, its dissatisfied and resentful women, and its entourage of effeminate “men” asking for protection from the state. Western men!, let us remember the words of Kant: “Sapere aude!”; but let us not forget the words of the soldier-king: “Obey”. Criticism, discipline, strength, courage and honor will cleanse the West of all its filth. As for Russia, China and the Islamic world adored by Dugin and company, they will bow once more to the restlessness of the terrible and sublime spirit of Western man.