Race is Real, John… Get Use to It! 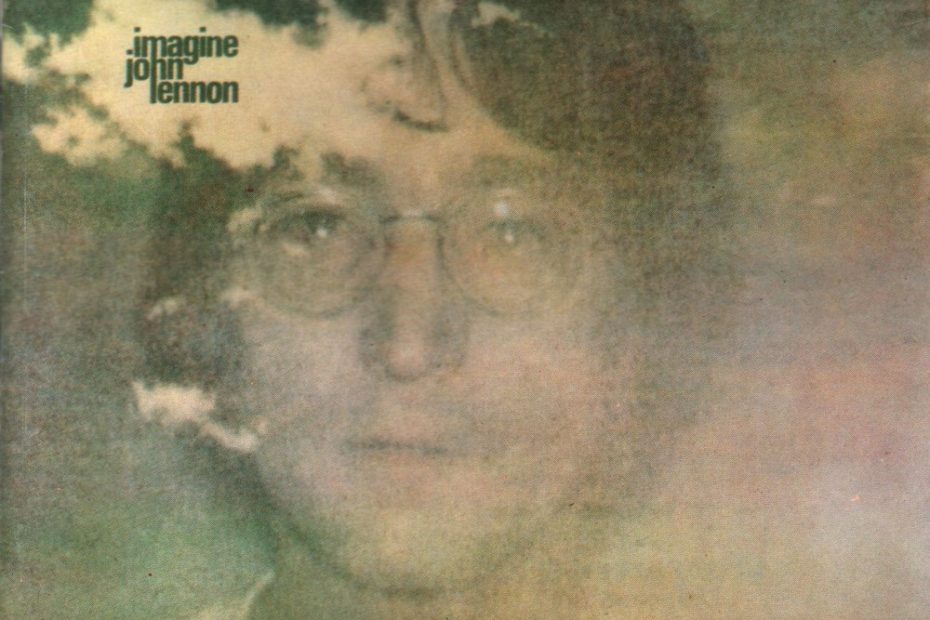 Science and common sense have long since disproved most of the dogmas of the dominant culture of political correctness. But the will for power being stronger than reason and reality, globalists persist in promoting their false ideas without any concern for the consequences.

Take race for example, how many times have you heard that races do not exist, that race is a social construct, that every person, regardless of color, is the same as every other person? So let’s be color-blind and for the sake of egalitarianism let’s join hands and sing along with Michael Jackson: “It don’t matter if you’re black or white!”

So don’t be surprised if in Montreal and elsewhere, we see mixed-race couples everywhere: forced race-mixing by deceitful propaganda works!

In the United States, since the 1950s, approval of interracial marriages has risen from 5% to 80% (Gallup, 2007). Their percentage has tripled in thirty years (Pew Research Institute, 2012). It’s even worse in England, where nearly half of English people born African-Caribbean would have a partner from a different ethnic group (Bland, 2005), and where mixed-race children under the age of ten would outnumber black children by two to one (The Economist, February 10, 2014). According to geneticist Steve Jones, “we are seeing miscegenation leading to considerable genetic change in London,” where “almost half of the population is not of European origin.” (1)

If everyone is the same under the skin, why bother? Let’s mix, let’s get married. Long live the mixture of colors! It was United Colors of Benetton, remember, one of the first to promote this idea. 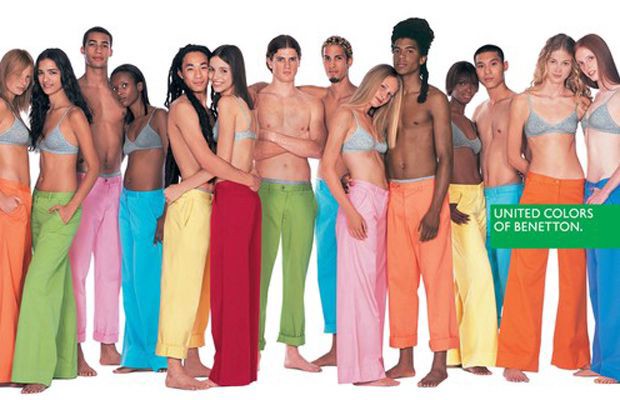 There was also director Stanley Kramer’s movie Guess Who’s Coming to Dinner… starring the charming Sidney Poitier, whom every parent would want as a son-in-law. More recently, there was the producer Romain Rojtman’s movie Serial (Bad) Weddings (Qu’est-ce qu’on a fait au Bon Dieu? What Have We Done to the Good God? ) a hilarious film that makes you want to give your daughter’s hand in marriage to the first Chinese man you see. (2)

Always ahead of his time, in 2014, globalist Jacques Attali, the advisor to several French presidents, saw emerging, beyond the chaos that the mixture of races could sow, “the promise of a planetary miscegenation, of an Earth hospitable to all travelers of life” (3).

Well, I am sorry to disappoint these dangerous dreamers, but things have changed a lot in the last twenty years. No geneticist or anthropologist worthy of the name would dare to say today that races do not exist and that we are all the same.

Thus, if we are equal before God and the law, we are not at all equal before disease and medicine. As a consequence of inbreeding (endogamy), the Jewish race, for example, is plagued by some 40 typically Jewish diseases such as Tay Sachs and Niemann-Pick; the prevalence of breast and ovarian cancer is particularly “racist” in this population. (6) Prostate cancer is “racist” in that it strikes Blacks three times more often than other races. Similarly, the cholesterol drug rosuvastatin is “racist” against Chinese, Vietnamese, Japanese, Koreans, and Filipinos because these races, which are part of the Asian subspecies, formerly known as the “yellow race,” react very badly to this drug. Finally, BiDil, a drug for heart failure, is also “racist” because it is the first drug to be reserved for only one category of human beings that of Blacks. Blacks themselves have been the first to call for race-specific studies and clinical trials, as reactions to drugs vary from one subspecies to another, and even from one race to another. (7)

The reason that disease and drugs act differently on different human races is because races exist and are genetically different. This is not an invention of obscurantists who want to introduce discrimination between men, but a scientifically demonstrated reality. And this biological difference is not limited to drugs and diseases.

As Robert Plomin, the world’s leading expert in behavioral genetics, has shown, heredity also plays a major role in behavior, intelligence and cognitive abilities in general. Differences in DNA can even be used today to predict a person’s psychological traits, their chances of success in school and in life. More importantly, Plomin has shown that nothing changes the genetic predispositions we inherit. (8)(9) If you have no musical talent, no education will make you a Mozart. John Locke is wrong: man is not a blank page at birth on which one can write whatever one wants, provided that the social circumstances are appropriate. (10) Not just anyone can be an engineer… nature is much stronger than us! (11)

On the subject of racial differences, here is what the honorable Canadian scientist J. Philip Rushton says:

For the past twenty years I have studied the three major races of Orientals (East Asians, Mongoloids), Whites (Europeans, Caucasoid), and Blacks (Africans, Negroids),… What I’ve found is that in brain size, intelligence, sexual behavior, fertility, personality, maturation, life span, crime and family stability, Orientals fall at one end of the spectrum, blacks fall at the other end, and whites fall in between. Orientals are slower to mature, less fertile, and less sexually active, have larger brains and higher IQ scores. Blacks are at the opposite end in each of these areas. Whites fall in the middle, often close to Orientals. I’ve shown that this three-way pattern is true over time and across nations, which means that we can’t ignore it. (12)

This is obvious to most serious researchers and people who deal with racial reality on the ground, so why deny it? (15)(16)

Since inequality is a law of nature written into our genes, you are not going to make it go away by miscegenation, affirmative action, and dumbing down educational outcomes. Instead, you are going to undermine the most intelligent and most deserving, and by doing so, weaken society, make it less competitive and impoverish it in every way. (17)

Here is what a group of authors specializing in this field has to say about this:

It appears that the advocates of the essential determination of ability by environment or “culture alone” are above all ideologues locked into their false ideas, indifferent to the repeated lessons of experience, always ready to implement policies that are fraught with all sorts of frustrations for the races concerned (in the United States, above all, Whites and Blacks); policies that inevitably result in a catastrophic mix of loosely controlled welfare chaos, dystopian effects for the population as a whole, and totalitarianism through invasive state intervention, as if to obliterate all traces of what a free and orderly society is. (18)

In Brazil, for example, one of the world’s most racially mixed countries, violence, recidivist crime and poverty are the norm. In fact, the most racially mixed countries are among the most chaotic in the world. Why on earth would we want to emulate them? Instead, let’s emulate the most racially homogeneous countries like Japan, South Korea, Malaysia, and Singapore, countries with the highest security and average standard of living in the world. “There is no country in the world,” says writer and journalist L. Obertone, “where miscegenation has reduced inequality, communitarianism or xenophobia the littlest bit.” (19) After decades of civil rights, “racial reconciliation,” affirmative action, billions in welfare, celebration of blacks across the media and school, blacks are more violent than ever against whites.

The public ignores these facts, which are supported by renowned scientists such as Henry Garrett, Arthur Jensen, J. Philippe Rushton, Richard Lynn, Charles Murray and Richard J. Herrnstein, because they are obscured by the ruling globalist authorities, the media and other social agents that have been duped into thinking that races don’t exist. According to journalist John Derbyshire:

The core ideology of our Ruling Class, which citizens contradict at peril of losing their livelihood, is Race Denialism. Statistical differences in outcome by race cannot possibly be biological in origin. The only reasons for those differences you may discuss in public are social: poverty, oppression, lack of self-esteem. And in fact all of those reasons have a single root cause: “systemic racism” on the part of whites towards other races.

Of course, there are at least two problems with this Race Denialism.

Problem One: Half a century of efforts, including massive favoritism towards blacks, expenditures of trillions, and the election of a black President, have made only a slight dent in the differences of outcome.

Problem Two: East and South Asians, who are now richer and more successful on average than whites.

You might therefore think that the evidence against Race Denialism is now so glaringly obvious as to force Denialists to some reconsideration—some doubts as to the soundness of their theory.

That, however, would be to underestimate the fanaticism of the Race Denialists. (20)

So what is at the root of this race denial fanaticism?

There are people, including some elites, who are genuinely convinced that races don’t exist. This idea has been massively promoted in every cultural institution of society for ages. Like kindhearted John Lennon they imagine a peaceful future world where love will reign supreme; a world without races, borders, religions or injustice; a world where all violence will have disappeared and where “all creatures will be reconciled”; a world “where the wolf will live with the sheep, the tiger will rest with the kid; the calf, the young lion and the ram will live together and a young child will lead them.”

And then there are those who know very well that race is real. They promote race denial in order to make White people accept whole heartily replacement immigration, multiculturalism and race mixing. Their goal is also the Garden of Eden but for completely different reasons. 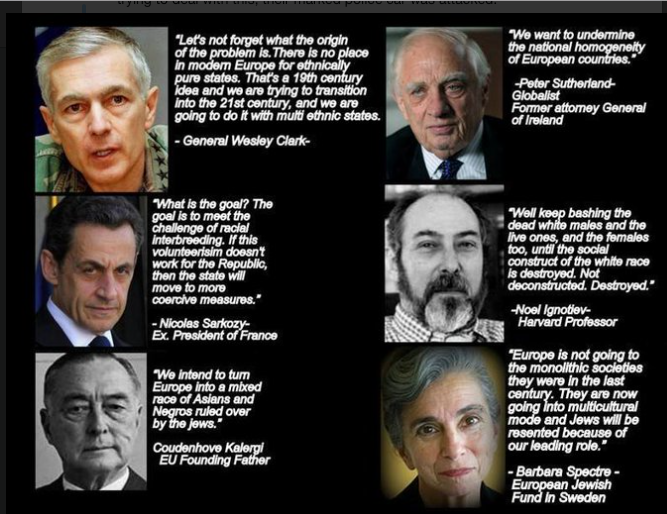 Here are a few cited sources about this planned demographic genocide of the White race.