Is “Systemic Racism” Displayed on Canada’s Most Wanted Criminal Poster? 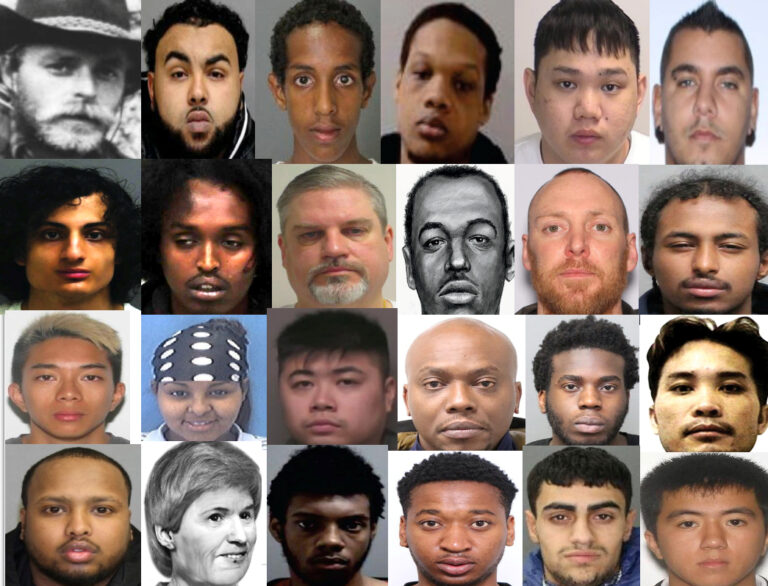 The image above is taken from The Bolo Program, “a breakthrough initiative leveraging social media, technology, and innovative engagement to encourage citizens like you to be on the lookout for Canada’s most wanted.”

In the immediate aftermath of George Floyd’s death, Justin Trudeau said that

Bill Blair (Minister of Public Safety and Emergency Preparedness) added in the House of Commons (June 23,  2020) that this systemic racism

includes all of our police services, including the national police force, the RCMP, for which I am responsible in the government.

Is systemic racism displayed on the latest poster of Canada’s most wanted for murder, sexual assault and armed robbery? Only 5 of the 25 on Canada’s most wanted criminals list are white and the other 20 are visible minorities. Some are immigrant refugees; some are born to immigrant refugee parents. Persons that are of white ethnicity represent a mere 20% of the list, but represent a much greater percentage of the population. It would seem, some could argue, that “Racism,” “Equity,” “Criminal Justice” are phrases with an obscure meaning upon which no action is being taken.

To repeat, of the 25 most wanted Canadian criminals, 20 are visible minorities and immigrants. Is this a symptom of systemic racism in Canada? What can or should the Canadian government do? Should we continue to follow the advice of academics who tell us that in order to fight “systemic racism” white taxpayers must continuously increase funding and housing and affirmative hiring of nonwhite immigrants?

Should we conclude that The Bolo Program’s use of “technologies and channels to support police services in their communication efforts about Canada’s most wanted” has definitely shown that Justin Trudeau is right that “systemic racism” pervades Canada’s criminal justice system, and that the best way to combat this racism is to welcome continuously over 400,000 immigrants per year to replace the “racist” white population?