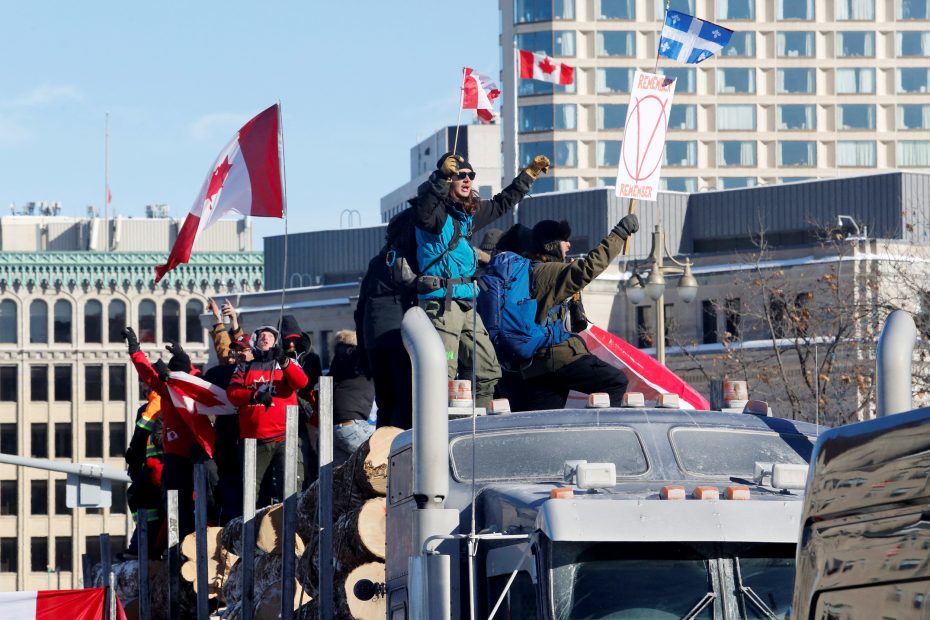 Long-standing divisions in Canada have been exacerbated under the Justin Trudeau federal regime. As documented by Peter Brimelow in The Patriot Game, Canada has been under the control of a Liberal-Left establishment that subordinates disparate regional interests to those of Canada’s ruling elite in Ontario and Quebec (Central Canada). In his analysis, Mr. Brimelow draws a parallel with British author Roland Huntford’s book entitled The New Totalitarians (1972), an examination of the emergence of a hegemonic liberal political and bureaucratic class in Sweden. The new totalitarians rule subtly through bureaucratic officiousness, endless government subsidies and economic interventions, clearly delineated limits to acceptable social discourse, and bilingual Orwellian newspeak. This new totalitarian political elite is supported by a New Class of civil servants, educators, and assorted media and political hangers-on. This interlocking nexus is what Mr. Brimelow calls The Establishment, Canada’s true governing elite. [The Patriot Game, 1986, 18-19].

While George Orwell’s enduring image of the future totalitarian state as “…a boot stamping on a human face — forever…” was on display during the brutal crackdown on truckers protesting in Ottawa’s streets and in other actions across the country, the softer form of state coercion, which is more nuanced, was leveraged as well. In a preface to the 1946 edition of A Brave New World, Aldus Huxley wrote:

A really efficient totalitarian state would be one in which the all-powerful executive of political bosses and their army of managers control a population of slaves who do not have to be coerced, because they love their servitude.

Canada’s current prime minister — or perhaps more accurately, those controlling him — seems to have played upon traditional divisions within the Canadian state and exacerbated them by introducing more totalitarian control. Mr. Trudeau, who has in the past lauded the authoritarian power of the Chinese communist state, has decided to intensify both the hard and the soft forms of state oppression.

In two related articles, Bruce Pardy, executive director of Rights Probe and professor of law at Queen’s University, and Patricia Adams an economist with Probe International, stated that with the rise of the managerial state in Canada, it has become apparent that “our country is becoming more like China than the reverse.” They argue that although its rise began well before the advent of COVID, the managerial state has become “ubiquitous and insatiable.” The Establishment’s gigantic bureaucratic structure

licenses, expropriates, subsidizes, censors, prescribes, plans, incentivizes, and inspects. And now it directs personal behaviour and medical treatments. It dictates conditions for participation in civil society—travelling, working, shopping, education, exercise, and socializing—and punishes support for the “wrong” causes. We are only a skip away from digital ID and full-blown social credit scoring, which perceptive pundits, also known as “conspiracy theorists,” have been warning about for some time.

This bureaucratic apparatus was used to financially target supporters of the Freedom Convoy. Truckers and people who donated money had their bank accounts frozen and could have their financial transactions permanently flagged. Moreover, according to Pardy and Adams, “the Ontario provincial government suspended trucking companies without due process and will be bringing forfeiture proceedings to seize money raised by the Freedom Convoy without the need to show criminal convictions.”

In another example of the tyrannical use of state power and calculated bureaucratic officiousness, interim Ottawa police chief Steve Bell testified before a parliamentary committee, following the forced removal of protestors from Ottawa’s streets, that 118 people had been charged with over 400 criminal counts, but declined to provide a detailed list. When pressed for a complete list of those charged and their alleged crimes, journalists were told to make a Freedom of Information (FOI) request, which could take months.

In late March, Crown Prosecutors added new charges to the list of offences faced by organizers of the Freedom Convoy. Tamara Lich, Chris Barber, Pat King, and Tyson Billings now face intimidation charges along with a whole litany of other offences. Lich and Barber have been charged with counselling mischief, counselling intimidation, counselling to obstruct police, intimidation, and mischief.  Mr. Barber was released on bail; and after an initial denial, Miss Lich was released following a bail review hearing. Mr. King faces 10 charges including mischief and other counselling charges and was a co-accused with Mr. Billings. King and Billings are being held in different detention facilities.

Over the last several weeks, it was revealed that misleading and outright false claims about the truckers generated by regime media, like the CBC, were used to justify the use of the Emergencies Act, which effectively imposed martial law. Several of the CBC’s claims about how the Freedom Convoy was funded turned out to be false. According to Blacklock’s Reporter, GoFundMe executives who testified on 3 March at a meeting of the House of Commons’ public safety committee confirmed that foreigners comprised only a small portion of convoy donors.

Juan Benitez, president of GoFundMe stated that “our records show 88 percent of donated funds originated in Canada,” and that donations were small, and there was no evidence of any donations made by terrorist groups, neo-Nazis or other known criminals. The CBC also corrected a story that claimed Russians were behind the Freedom Convoy. Furthermore, Barry McKillop, deputy director of the Financial Transactions and Reports Analysis Centre (FINTRAC), the government of Canada’s financial intelligence unit, described the fundraising as harmless while giving testimony at a House of Commons financial committee meeting on 24 February: “There were people around the world who were fed up with Covid and were upset and saw the demonstrations…I believe they just wanted to support the cause.”

In another example of the Trudeau government colluding with Leftist media, Ottawa Interim police chief Steve Bell, admitted that there were no firearms seized during the clearing of the Freedom Convoy protestors from Ottawa’s downtown streets despite accusations to the contrary. A false story in the leftist Toronto Star provided justification in a very circular manner: Justin Ling, the Toronto Star journalist who wrote the piece, stated on Twitter that “a source in law enforcement made that claim” then the police used his column as justification to search trucks for firearms. During a meeting of the public safety and national security committee, Conservative MP Dane Lloyd pressed the interim chief multiple times whether or not firearms were confiscated during the operation, Mr. Bell ultimately conceded: “Consistent with my answer previously, yes I can confirm to date, no charges have been laid.”

Mr. Trudeau’s confrontational approach to the truckers has become international news. Mr. Trudeau, was in Belgium from 23 to 25 March this month in order to meet with EU, NATO, and G7 leaders to discuss Russia’s invasion of Ukraine. On Wednesday 23 March, Mr. Trudeau addressed the European Parliament in a speech about peace, security, defending democracy, and transatlantic cooperation. There were several members of the EU parliament who found Mr. Trudeau’s self-righteous moralizing on these topics hypocritical in light of his recent authoritarian crushing of peaceful trucker protests at home.

Following Mr. Trudeau’s address, elected members were invited to respond with speeches of their own. A Member of the European Parliament (MEP) from Croatia, Mislav Kolakušić, posted a video of his response on Twitter, which went viral. Mr. Kolakušić condemned the prime minister: “we watched how you trample women with horses, how you block the bank accounts of single parents so that they can’t even pay their children’s education and medicine, that they can’t pay utilities, mortgages for their homes.” He went on to say that Mr. Trudeau’s methods were reminiscent of “dictatorships of the worst kind.”

Virginie Joron, an MEP from France, resplendent in a Freedom Convoy sweater, castigated Mr. Trudeau on Twitter for his “crazy liberticidal policy.” Miss Joron also remarked upon the small number of MEPs in attendance. This was contradicted by Canadian regime media who inflated the number of attendees.

Meanwhile, in Ireland, independent senator Sharon Keogan called upon her government to condemn Trudeau’s violent suppression of trucker protests in Canada. “This sounds like something we would hear about in regard to Russia … instead this is happening in the supposedly liberal democracy of Canada,” she said. 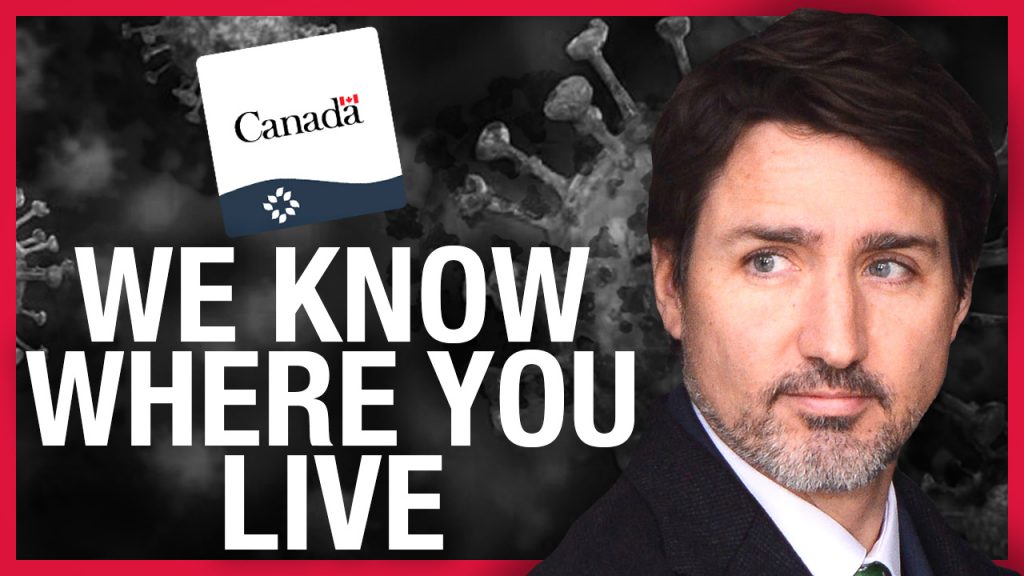 Leftist authoritarians including Mr. Trudeau have been adept at disregarding constitutional freedoms and civil liberties when it suits them. And as aforementioned, they have no qualms about colluding with state-controlled media to generate the justifications they need to pursue their authoritarian program.  The radical Leftists in power are also very good at expanding the already-bloated bureaucracy of the panoptic managerial state, especially during COVID. Even though Mr. Trudeau and his advisors were excoriated in the foreign press for their heavy-handed treatment of truckers in Ottawa, they have taken further steps to expand government powers.

Despite these valid criticisms levelled at his rank hypocrisy and buoyed by the near-unwavering support of Establishment media (who are highly subsidized by the Trudeau government), Mr. Trudeau continues to pursue a comprehensive program to consolidate power at home. Just as the radical Left holds sway in America, Canada is being controlled by the very same forces. Leftist orthodoxy demands nothing less than full-spectrum dominance of the entire apparatus, from culture to policy.

The Trudeau federal regime, has taken other steps to hold on to power including forming a coalition with the socialist NDP, introducing internet censorship legislation, imposing new carbon taxes, turning a blind eye to out-of-control inflation and the rise in the cost of living, and continuing with replacement migration intakes.

Even though truckers and their allies came from almost every region of Canada, the totalitarians in Ottawa treated the Freedom Convoy as a proxy for Western Canadian populism or Alberta-style conservatism, which is largely white and rural. It is a force the elites do not like, and in their view, should always be vilified and destroyed or at the very least, contained. Not all is lost, however, as it took the controlled media’s lies to justify the unprecedented use of state police power to remove trucker protesters from the streets of Ottawa. Despite this colossal mobilization, the movement still lives. Going forward, the Freedom Convoy and inspired movements will act as a counter to the ever-expanding authoritarianism of the managerial state.  While this situation does seem dire, it is important to remember that even when an enormous amount of state power was leveraged against ordinary citizens, the trucker populist movements in Canada and elsewhere throughout the Western World have not gone away.