Diversity is Our Strength 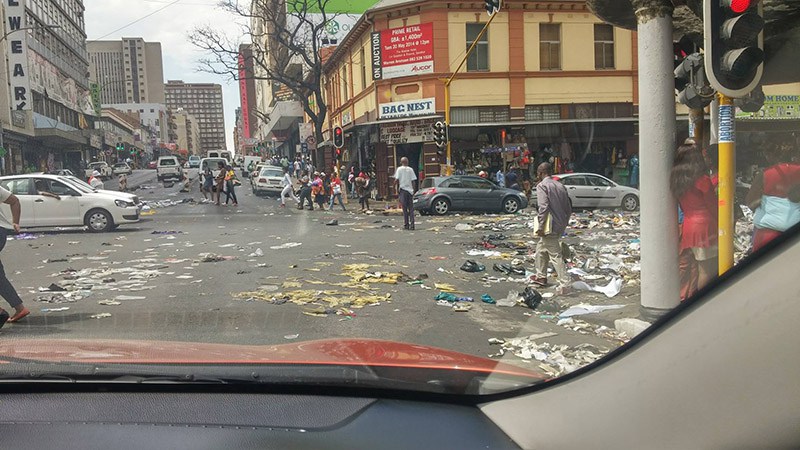 Like the great redeemer of humanity, Martin Luther King, the worshipped Messiah of the new religion of diversity now sweeping the West, Nelson Mandela, the savior of South Africa, was in reality a “communist mole, a hard-core terrorist determined not to liberate Black South Africans from the yoke of Whites, but to destroy capitalism and replace the White South African government with a Black communist dictatorship.

This has now been achieved, but the result is disappointing, to say the least. The combination of communism-racism-multiculturalism is triply lethal. By realizing his post-national utopia, Nelson Mandela, “this gentle reformer whom the media likes to portray as the ‘archangel of peace,’ has plunged his country into a sea of racial conflict, crime and economic ruin,”(1) says Africa historian Bernard Lugan. Because of him, South Africa is no longer a first-world country, but a country in the doldrums like all the other countries of this cursed continent condemned to languish in its mediocrity. (2)

“Could it be otherwise,” Bernard Lugan asks rhetorically, “when since 1994, the ‘New South Africa’ has been built without taking reality into account? The ‘rainbow nation’ [nicknamed for its multiculturalism], a post-apartheid paradise, a modern version of the ‘classless society’ that was supposed to emerge from the end of the White regime, soon appeared to be a ‘smoke and mirrors.’ A product of Western nonsense, it has prevented us from seeing that South Africa is not a nation, but a mosaic of different peoples brought together or juxtaposed by the British colonizer. Peoples whose cultural references are foreign and even irreducible to each other.” (3)

As a result of this total lack of vision, the big investors left, taking with them most of the White elites that made the country work. Infrastructure collapsed. Unemployment rose from 5 percent to more than 25 percent, even 40 percent in some sectors. In 2013, nearly 17 million Blacks out of a population of 51 million were on welfare, and it hasn’t gotten much better since. With Blacks favored in all circumstances, unskilled White labor that no longer has access to work lives in slums. Corruption is omnipresent; the crooked civil servants and politicians who swarm in the new African El Dorado plunder the state coffers. (4) 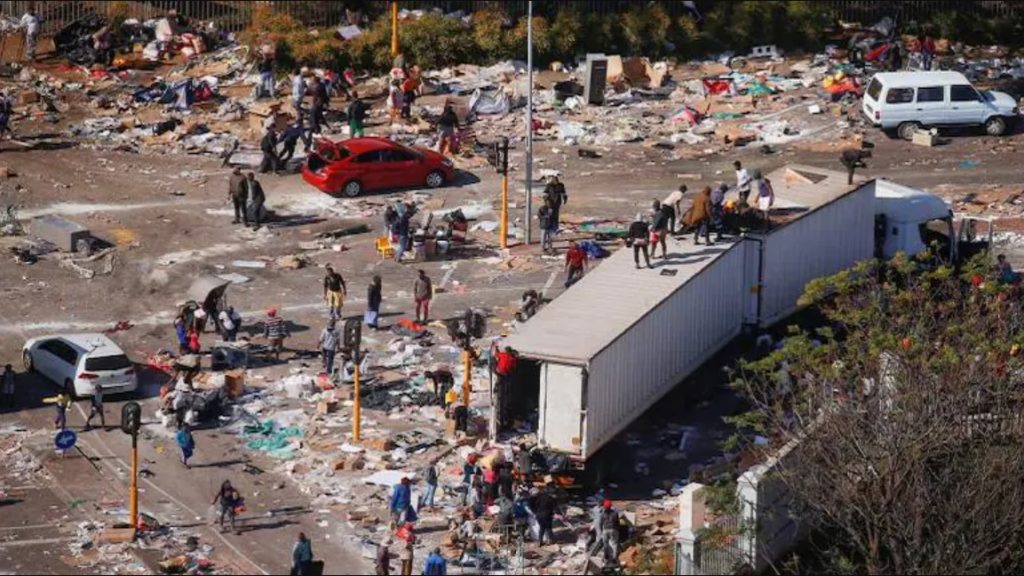 Johannesburg, the jewel of Africa, has become the crime capital of the world. Riots and the looting of department stores are so frequent that the media, jaded, no longer even mention them. In the middle-class White neighborhoods, people barricade themselves and arm themselves to the teeth, so frequent are home invasions, violent burglaries and murders. (5)

And that’s without mentioning the rapes: 40,000 per year in Johannesburg alone, solo or gang rapes (jack rolling) of everything that moves, women, 90-year-old grandmothers in wheelchairs, little boys, girls and female babies. The latter are particularly coveted, because in the land of “living together,” it is believed that the only way to be cured of HIV (AIDS) is to have sex with a virgin. As a result, approximately 10% of rapes committed throughout the country are perpetrated on children under the age of three. (6) 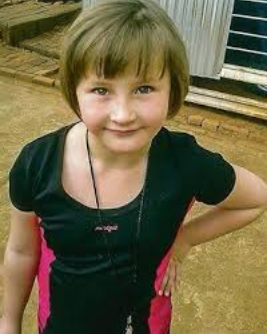 In South Africa, 9yo Kayla Meyer watched her parents and grandparents be ruthlessly murdered. She was then tied up with wire, stripped down, gang raped then beaten to death with a shovel and stuffed into a closet. She was a kind little girl and her favorite color was purple (@EmilyMorse4Life)

In addition, since the country has been ruled by a racially-majority government that is totally insensitive to the rights of minorities, the hunt is on for the White farmers who feed the country; not a day goes by without several of them being trapped, attacked, tortured, murdered or left for dead, flayed alive in boiling water or with their limbs hacked off with hatchets. According to Ernst Roets of AfriForum, a group that advocates for the rights of the Afrikaner minority, “the victims were attacked with electric drills, blowtorches and bleach, which indicates a racial element. Only White farming families have experienced such levels of violence, never Black victims.” (7)

In 2017, there were 433 incidents, up from 342 the previous year. These implicit government-mandated attacks are part of a drive to get rid of Whites. Communist Julius Malema and former President Jacob Zuma have indeed exacerbated an anti-White sentiment by publicly calling for the killing of Whites and the expropriation of their farms without compensation. (8)

“Kill the Boer, kill the White,” Mandela liked to sing with his Jewish friend, Yossef Mashel Slovo, known as Joe Slovo, a prominent member of the globalists who spread the virus of communism to Africans. The comrades took them at their word. (9) From that point of view, it is safe to say that the revolution was a great success.

But Whites were not the only victims of atrocities. During the apartheid period, when the African National Congress (ANC), the movement led by her husband, sought to overthrow the government, Winnie Mandela and her band of “footballers” used to “necklace” traitors to the cause, a relatively widespread assassination technique in the rainbow nation that the globalists like to hold up as an example, but never visit. (10) Here are the operating instructions: 1) wrap the victim in barbed wire to immobilize him; 2) put a tire around his neck, like a collar; 3) fill the inside of the tire with gasoline; 4) light it. The flesh on the face that ignites melts and strips the bone; the victim dies burned alive in a long torment.

One would not be at all surprised to learn that at the end of a hard day’s “necklacing,” Winnie and her comrades would gorge themselves on BBQ Blacks, just to regain their strength. Cannibalism among the savages has always been popular. (11) The despots Idi Amin Dada and Jean-Bedel Bokassa were notorious lovers of human flesh. (12) In the African press, cases of cannibalism are regularly reported. (13) It should be noted that it is not forbidden in South Africa to eat human beings, but it is forbidden to sell or store human meat. (14) A nuance that the lovers of diversity will appreciate.

The same thing can be said about Southern Rhodesia (now Zimbabwe), the stronghold of the late Robert Mugabe, the dictator in office for 37 years (1980 to 2017). As a good communist, he too was supposed to transform his country into a Garden of Eden. But he only succeeded in turning it into a hellhole. Blacks killed and dispossessed thousands of White farmers to take back the land they had supposedly stolen from them. But unable to manage a modern farm, the Black social justice warriors soon went bankrupt. The fields fell into disrepair. Famine struck. Without food aid from the rich White countries, they would all have starved to death. Running out of ideas, they even tried to bring back the Whites to put their revolution-ravaged country back on track. (15) But what White person would be foolish enough to return to a country where anti-White racism is rampant?

We tend to forget, but the revolution also took place in Haiti. It was not communists as such who revolted against the ruling power, but it is just the same. In 1804, in the wake of Robespierre and the Terror of 1793, Haitians led by Toussaint Louverture, the King-Mandela-Mugabe of his time, freed themselves from the French colonists, whom they raped, tortured, tortured and murdered by the thousands. (16)

But without the Whites who had made the island a paradise, the world’s first Blacks republic quickly turned into a nightmare. The farms, the sumptuous villas, the stately palaces, the beautiful administrative buildings, the roads and bridges that the White settlers had built to last a thousand years soon fell into disrepair for lack of maintenance and know-how. 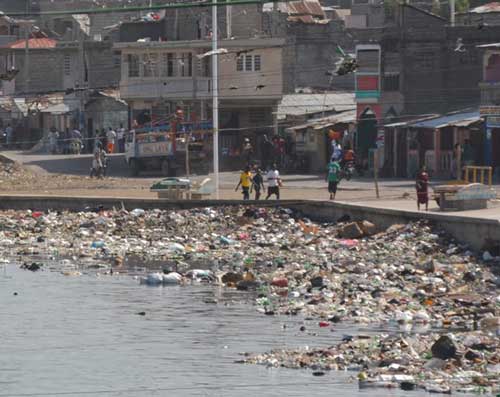 Two hundred years after the terror, Haitians freed from the yoke of the oppressive Whites still stagnate in their slums, garbage cans and open sewers. The only solution they have found to their stagnation is to emigrate. After every tornado, every famine and every coup d’état, they flood us like a tidal wave. It is not their fault, forgive them, they do not know how to do otherwise, their country being probably the most dysfunctional on the face of the Earth. (17)

Let’s not lose sight of this disturbing reality that will become ours in the West if the globalist project that foresees the massive migration of Africans becomes reality. In Quebec, we are talking about one million Africans per year for a population of eight million. (18)