Russia Ukraine Disinformation: What are they Hiding? 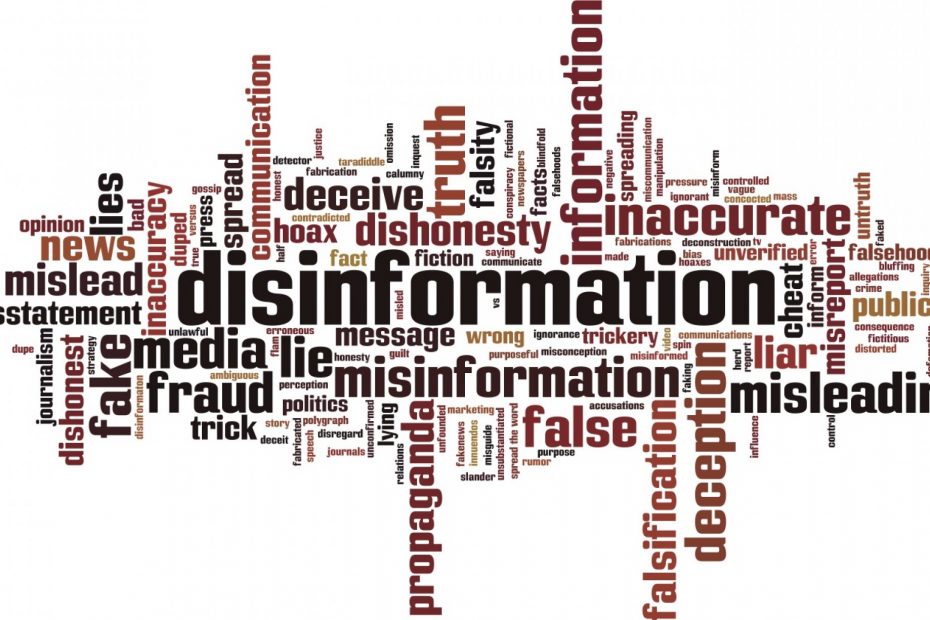 A few days ago, I came across a blog post by John Mearsheimer that has been sitting on the Internet since 2015. Mearsheimer predicted in 2015 that there would inevitably be the very war we are seeing now with Russia in Ukraine. Shouldn’t we pay attention to someone who has such amazing power of prediction?

Mearsheimer’s predictions are based on exposing the facts of the 2014 Maidan coup d’etat in Ukraine that threw out the democratically elected pro-Russian Prime Minister, Victor Yanukovich. The Maidan coup was planned by the American State Department, whose point person in the Maidan Square was Undersecretary of State Victoria Nuland. In between handing out cookies to the rioters, she spoke on her cell phone with the American Ambassador Geoffrey Pyatt, arguing about who they would make President once they got rid of Yanukovich. “Yats the man!” Victoria cried, referring to Arsenij Yatsenyuk. When Pyatt objected to something, saying that the EU might not agree, she said “Fuck the EU.” After the coup was successful, Yatsenyuk did indeed become President of Ukraine for two years. LEAKED AUDIO

The Maidan coup, executed by the U.S. State Department and George Soros’ Open Society Institute, was a major step in getting Ukraine to cut ties with Russia and become a de facto member of NATO. NATO is an explicitly anti-Russian military alliance led by the U.S. Right away, this would be a Red Alert for Russia to have a military alliance right on their border that is explicitly hostile to them. Even more significant, one of the bonuses of the Maidan coup for NATO was that Russia’s leading naval base at Sevastapol was in Crimea, which was part of Ukraine and would fall into the hands of NATO if Ukraine joined that alliance. Why on earth was Russia’s leading naval base in Crimea, which was in Ukraine?

Crimea had been part of Russia for over 200 years until Nikita Khrushchev, Communist leader of the USSR, transferred it administratively to Ukraine in 1954 at a time when the USSR was a country centrally ruled from Moscow. After the breakup of the USSR in 1991, Crimea stayed in Ukraine whether they wanted to or not. Russia paid rent to Ukraine for continued use of the Sevastopol naval base – an acceptable situation only as long as Ukraine remained neutral. As soon as Ukraine came closer to being incorporated into NATO after the Maidan coup, Russia’s immediate response was to re-annex the Crimean peninsula to Russia. This was a move wildly popular with the largely Russian population of Crimea who had voted strongly in the 2010 election for the deposed Prime Minister Yanukovich.  Russia held a referendum in Crimea on the choice of reunion with Russia. The vote was overwhelmingly in favour. In a flash, NATO lost its bid to take over Sevastopol.

Western versions of these events usually summarize them by omitting the role of the Maidan coup altogether. They also omit Crimea’s historic connection with Russia and the fact that its majority population is Russian ethnicity who had been disenfranchised when the Maidan coup led to the expulsion of Yanukovich. Western accounts just claim that hostilities between Ukraine and Russia were initiated by Putin’s “unprovoked” annexation of “Ukraine’s Crimea”.

Neo-Nazis in Ukraine and the Minsk Agreement of 2015

Two other important events followed the Maidan coup. First, a demonstration in the largely Russian-ethnicity city of Odessa led to a vicious attack by so-called “Ukrainian Rightists“. Demonstrators were locked inside a union building that was then set on fire, while exits to the building were blocked. As many as forty people were burned to death. This is the kind of action that is characteristic of the neo-Nazis in Ukraine that we hear so much about. “Ukrainian rightists” is an umbrella term that includes the Azov Battalion and others who are ideological descendants of those same organizations that sided with Hitler during WWII. They have the same slogans, symbols, and heroes. Although they helped the Germans persecute Jews during WWII, their current manifestation is virulently anti-Russian.

Second, the largely ethnic Russian East Ukrainian region of the Donbas, which had also voted overwhelmingly for the deposed Prime Minister Yanukovich, attempted to break away from Ukraine now that the coup had effectively disenfranchised them. They formed the breakaway republics of Donetz and Lugansk, and also sought annexation by Russia. Russia did not agree, however, to annex these regions – perhaps they felt it was a step too far. Also, these regions did not contain any strategic sites equivalent in value to that of Sevastopol. Instead, Russia advocated for them to achieve local autonomy within a federated Ukraine.

In 2015, Russia, along with Germany and France, brokered the Minsk Agreement, which required that Ukraine revise its constitution to become a federal rather than a unitary state. The Donbas republics would then be provinces with a degree of local autonomy, including language rights, within the Ukrainian Federation. The Minsk Agreement requires Ukraine to negotiate terms directly with the leaders of the Donetz and Lugansk People’s Republics. Ukraine signed the Minsk Agreement in 2015, but has refused to implement it since. Instead, the Ukrainians launched a war against the two breakaway republics, who have formed militias to fight for independence. Ukraine refuses to discuss terms with the leaders of Donetz and Lugansk. This would involve recognizing their status, which Ukraine refuses to do.

Much of the fighting against the Donbas militias has been executed by Azov Battalion forces. There is little doubt that Russia has supported the two breakaway republics with irregular fighters, some arms and other supplies. On the other hand, there is little evidence that the Russian army itself has taken part in the fighting.

What are Putin’s Red Lines?

We hear from some minority voices that, if Zelinsky would lay down his arms, this war could be over quickly. Few in the West want this. It all harks back to Putin’s security demands and his red lines, which Putin stated just before entering Ukraine. Western commentators have mocked or ignored Putin’s demands for security guarantees.

What are Putin’s red lines? Basically, there are three of them. Here they are, in diminishing order of importance.

Before the current war started, Putin repeatedly demanded that Russia needed minimum security guarantees in writing. If his red lines had been taken seriously, there is no reason to believe there would have been a war.  As it is, Zelinsky’s putting down his arms and accepting serious negotiations with Putin would be the first step to ending the war. Non-membership in NATO would be paramount.

NATO was a military alliance formed in 1949 when it became clear after the end of WWII that the Soviet Union was occupying countries in Eastern Europe and incorporating them into a pro-Communist political and military bloc that eventually formed the Warsaw Pact.The chief policy of NATO, advocated by statesman George Kennan, was to contain Communism within the Warsaw Pact, while avoiding war with them, at least in Europe. The Warsaw Pact was disbanded in 1991, thus obviating the need for NATO. 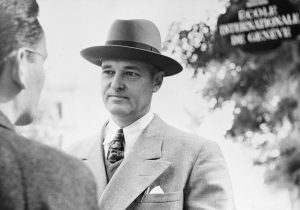 [B]luntly stated…expanding NATO would be the most fateful error of American policy in the entire post-Cold War era. Such a decision may be expected to inflame the nationalistic, anti-Western and militaristic tendencies in Russian opinion; to have an adverse effect on the development of Russian democracy; to restore the atmosphere of the cold war to East-West relations, and to impel Russian foreign policy in directions decidedly not to our liking.

Instead of following Kennan’s advice, the U.S. has preserved NATO and continued to treat Russia as an adversary. The most serious abuse of American policy in Europe has been the Maidan coup d’etat of 2014 and the attempt to install NATO in Ukraine. 32 years ago this month the George H.W. Bush administration promised the Russian government that if Russia surrendered East Germany, NATO would not “expand one inch eastward.”

For several years, the Democratic party has run the Russiagate hoax, insisting that Russia has meddled in the American election of 2016. The 4-year Mueller investigation sabotaged the Trump presidency and served to render all relationships with Russia toxic; no collusion between Trump and Putin was found. Still we hear that Russia is responsible for everything liberals don’t like – the January 6 intrusion into the U.S. Capitol — even the Truckers’ Freedom Convoy in Ottawa. Russia has been accused of “weaponizing” their oil sales to Europe; the U.S. has succeeded in getting the cancellation of Nordstream 2 pipeline, a clear act of hostility against Russia, and for that matter, Germany.

Russia’s slow motion advancement into Ukraine, concentrating on the Russian-ethnicity areas could be contrasted with America’s carpet bombing of Serbia for over 80 days in the 1990’s, followed by the detachment of Serbia’s cradle province of Kosovo. Kosovo is now a impoverished Muslim narcostate.

The region of Kosovo was majority Serbian, and majority Christian, all the way back since the Bulgarian empire. And continued through the Byzantine Empire, all the way until the Fall of Byzantine Empire. When the Ottoman’s came to power – they brought the beginning of Islamization of Kosovo. But the U.S. has a military base there. Then there was the carpet bombing of Libya in 2010, starting a civil war in that country that has continued to the present day. Iraq in 2003, based on claims of having nuclear weapons, that turned out to be false. One could go on. Hypocrisy is America’s middle name.

By way of a conclusion, take a listen to Professor Stephen F. Cohen warning 8 years ago that US military assistance to Ukraine is at the heart of a new US-Russia Cold War.