Editor’s Note: This is a comment from Rena Malkah, President of CYR Funding Inc. that I found in a video by Maverick Multimedia, “Ontario Passes Anti-Protes Law: Bill 100 – in Late Night Stealth Vote” (added below). Rena Malhah “became the first female mortgage broker in Ontario in 1975. Nearly 10 years after that, she became the first female president of the Ontario Mortgage Brokers Association.” She expressed strong opposition to COVID-19 vaccine mandates for mortgage professionals, saying that she will “never, ever” be vaccinated against the virus, “over my dead body”, she’s “vaccinated against bullsh*t”. She also discouraged her staff from getting the jabs. She is founder of Freedom Lovers of Canada.

I’ve read through this Bill in its entirety and believe the intent may be narrow and noble: to prevent trucks from impeding critical infrastructure and trade routes. Unfortunately, it goes far further. The powers conferred allow for the seizure of all property, including homes, for far less than another convoy or blockade.

Cars and trucks may be seized administratively with no hearing or trial. Same with one’s licence and plates. They can just take it. No hearing. No trial. No presumption of innocence. One is guilty until proven innocent- and there is no incentive or practicable way for one to be proven innocent. See section 9(3).

Summary arrests without a warrant are also contained in section 13. The powers are all non-emergency measures. The Act lasts forever. There is no sunset clause. It’s designed to remove our Charter rights, and centuries’ old natural justice and common law property rights, for good.

This turns our entire long standing legal system upside down and presumes everyone accused as guilty, not innocent. Is the aim here to convert Canada into a Mexico, Turkey, or China? If so, then the passage of Bill 100 would represent a giant leap towards obtaining such a goal.

The amendments to the Civil Remedies Act- legislation that has been used to seize houses- is unconscionable and completely unwarranted. No need for another convoy or blockade, either, to trigger the usage of said Act. We are all shocked at the lightning pace that this is being rammed through the legislature in record time. It appears to be a shoe-in on third reading after committee, as early as the beginning of next week.

Bill 100 authorizes the seizure of property, including one’s home, for the following reasons, amongst other things via amendments to the Civil Remedies Act: 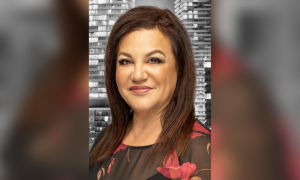 If one interferes with the public’s interest in mere questions of “comfort or convenience”, the government may seize one’s property without ever convicting them of a crime. These terms are not defined and are open to such expansive interpretation that, if history serves as any guide, stunning abuses of power will result with zero checks or balances to prevent them.

This is called “civil asset forfeiture” and represents a great contradiction to what the Premier and his Attorney General did with the Reilly case in August, 2018. They stood on principle and ceased the nearly decade-long persecution of Orillia landlords convicted of nothing, while the properties decayed significantly during the government’s possession. Crime similarly increased while under the government’s ownership. This echoes the disastrous experiences of civil forfeiture in the United States since 1984, where small towns such as Dunedin, Florida seized more houses than all of Ontario did at its zenith in the use of the Civil Remedies Act. But that may soon change.

Our Charter rights at sections 2(b) and (c), 7, 8, 9, 10 and 11(d) would all be severely imperiled by this draconian legislation. Our natural justice rights- simply the right to be heard and to be able to meet the case made against the accused- would literally be cancelled. Our property rights would similarly be cancelled and will be at the whim of an administrator who would be provided the consolidated powers of prosecutor, judge, jury and executioner. All law enforcement is also made immune to civil litigation unless bad faith can be proven. Is any of this right? Is it fair? Is it just?

These checks and balances were developed not over years or decades, but over centuries under British Common Law doctrine, tradition and practice. What has happened to our country over the past two years and especially over the past 6-8 months? Consent and bodily autonomy have been cancelled. Now, unsurprisingly, with several provisions of the Reopening Ontario Act set to be revoked, this Act will take its place. But unlike the ROA, Bill 100 does not effect a virtually permanent state of emergency. It’s business as usual. Tyranny will literally become the new normal with no end in sight. And please make absolutely no mistake about it: what I have highlighted in Bill 100 is tyranny defined and personified. It does not belong in Canada. Is this what anyone voted for, or would ever vote for, in this country?

Is this where you want to take us as an elected representative and member of our current majority party in power?

We urge you in the strongest possible terms to either defeat this legislation at all costs, or amend it to pertain to critical infrastructure only, while preserving our natural justice, property, statutory, and Charter rights. Indeed, you must go even further since those charged with an offence are entitled to make full answer and defence, have the right to cross-examination of their accuser(s), and the right to be convicted beyond a reasonable doubt under the Provincial Offences Act. Nothing less is in the least bit acceptable, tolerable, or respectful of our longstanding and truly exceptional legal system that our forefathers fought, sometimes to the death, to defend. Either that, or they braved extremely perilous conditions to escape their home countries, such as my own family, to find peace, solace, justice, freedom and the protection of our most basic rights on this once shining star of a country, known as Canada.