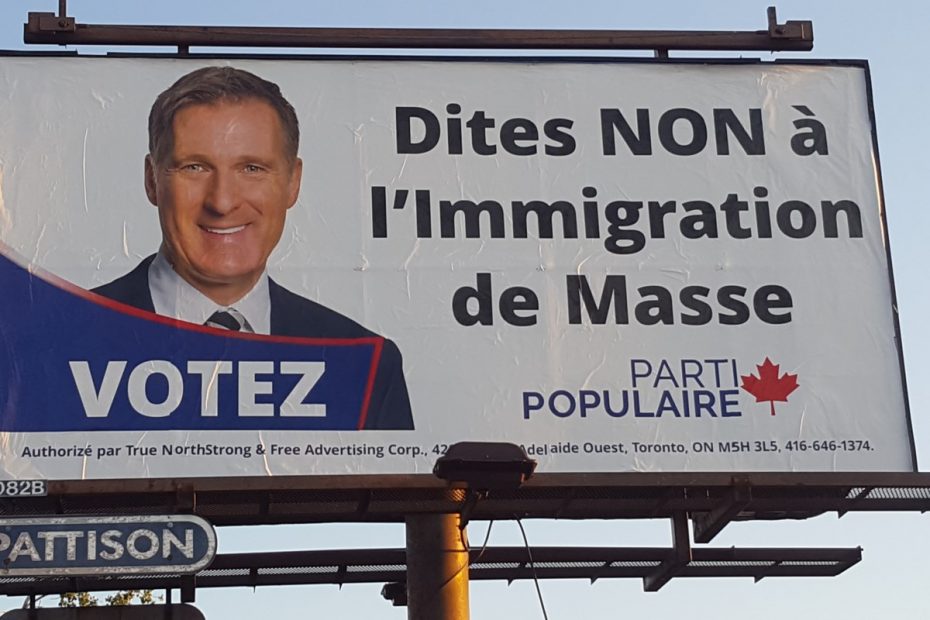 Mad Max sent this email out to his supporters. He is launching an all-out war of words against Poilievre’s and Trudeau’s support for mass immigration:

“Annual inflation hit another 30-year record in March, with an annualized rate of 6.7%.

Beyond gas and food prices that are exploding, one sector that is among the hardest hit is housing.

Since Trudeau was elected in 2015, the average price of a house in Canada has doubled.

In her budget two weeks ago, Chrystia Freeland announced another series of costly and inefficient measures to subsidize construction and home buying.

But a few days later, she admitted that the problem is “mathematical”: Canada has the fastest growing population in the G7 because of high immigration, and the supply of housing is not growing fast enough to catch up with demand.

Justin Trudeau himself also admitted this week that immigration is partly responsible for exploding housing prices.

Still, he wants more mass immigration, with the numbers increasing from 250,000 immigrants per year when he was elected to 450,000 next year.

Conservative leadership contender Pierre Poilievre offered his solution to the problem this week.

He wants to “force” municipalities to change zoning laws and allow multi-unit construction in neighbourhoods with detached homes, or else he would punish them financially.

Not only is it unconstitutional for Ottawa to meddle in municipal affairs.

It’s also a frontal attack on the freedom and local autonomy of families that decided to invest and live in a quiet neighbourhood, and don’t want its character to be destroyed by “densification.”

Poilievre has nothing to say about mass immigration of course. He and the Conservative Party support it just like the Liberals.

The real cost of mass immigration is that millions of young Canadians will never be able to afford a house where to raise their family as their parents and grandparents did.

We don’t need costly programs and federal attacks on local autonomy to solve the housing crisis.

Lowering immigration to sustainable levels would be a simpler solution.”