Why I am an Unpaid Shill for the Russian Federation 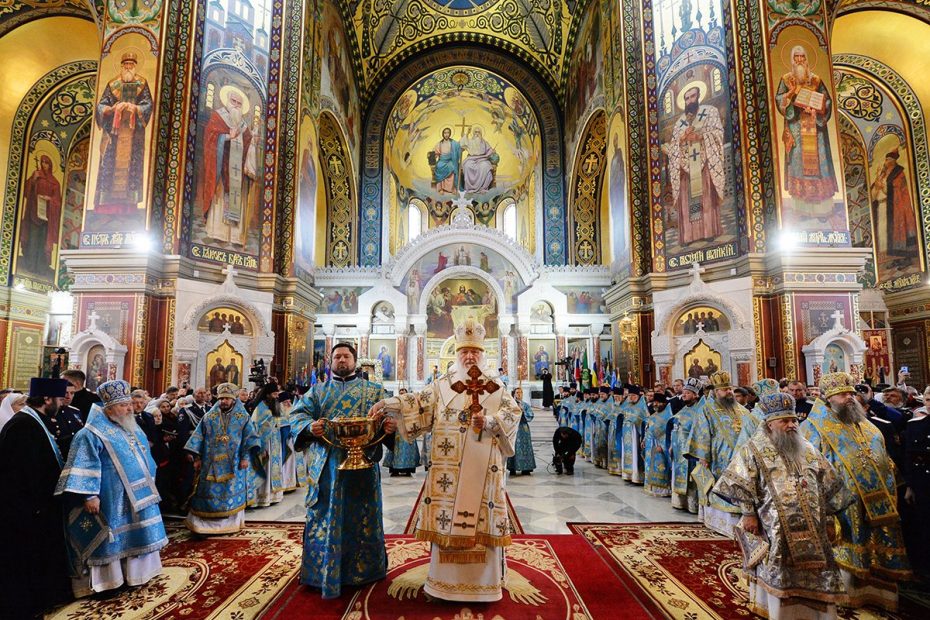 The most important question for a white nationalist to answer, the question before which all others are mere trifles, is ‘how can we reverse our race’s descent into nothingness?’

The more practical-minded already have policies flooding into their heads. Stop nonwhite immigration, remigration, incentives to raise birthrates and so on. But policy is not the fundamental issue. The fundamental issue is why none of these obvious policies, even when they have popular support, are implemented.

The answer is clear to me. The problem is ideological. Contrary to popular political rhetoric that creates a dichotomy between ideology and pragmatism, one can be pragmatic about nothing without an ideology. Pragmatism assumes an end goal. Ideology is that which determines and defines end goals.

The fundamental problem is that the ideology of modern Western society; the worldview in which we all marinate, is deeply wrong. It is a pathology; a sickness. Most of the white public is repulsed when they see its true, unadulterated essence. But critical race theory, hormone replacement therapy for toddlers and racial justice riots are the pure form of the worldview that the average white Westerner has already accepted. He objects to the pure form on instinctual grounds. He is not racist, but he is still concerned about the cultural effects of immigration, or he is opposed to wanton destruction of property, or he thinks meritocracy is better than quotas, or political correctness has gone too far. He needs to make excuses to disagree with the agenda he is ostensibly against.

The advocates of the pure form of the hegemonic ideology are not so restrained. Their opponents have nothing to guide them, only an untheorised, instinctual preference that they themselves dare not fully understand for a less puritanical version of the current ideology. The puritans of poz have the benefit of moral certainty. They feel no need to apologise for their positions. With puritanism comes fanaticism.

Without ideological change even political revolution is pointless. The foremost task of white nationalism is not to directly change policy, but to give the white masses fed up with their society an ideology that can challenge the current, sick worldview at the root, not the branch. I am optimistic on this front.

I am not so optimistic about the future of the conservative nationalist governments of Central Europe. Their policies may be excellent, but like Western conservatives they lack a theorised worldview of their own. Even more alarmingly, they are under the same geopolitical umbrella as ourselves. The SocJus ideology yoked to our necks is too at odds with human nature, too contrary to instinct, to ever triumph without deafening propaganda. That is exactly what is intended for Central Europe. Unless Central European nations leave the EU/NATO bloc, Washington will continue to poison them from the top down until this pernicious ideology is ousted from the West altogether.

Russia never joined the Western Bloc, but since the fall of the Soviet Union she has been infiltrated by antiwhite AIDS culture from the West. Pro-Western globalism has been a high-status opinion in Russia for decades now.

The Russian invasion of the Ukraine changes everything. Russia is now the most sanctioned state. The second most populous white nation has broken completely free of the cultural toxin-belching human-genetic waste factory of America.

It is not important that Vladimir Putin is no white nationalist. Russia’s Pro-Western liberals will not keep their high status for long. They are likely to become a shrinking and radicalised fringe now that the West has demonstrated how much it hates and despises everything Russian. Russia will develop her own worldview, her own ideology in the years and decades to come.

There is every reason to be optimistic about the direction that Russia will take. Russian statesmen denounce the antiwhite culture of the United States in stronger terms than any Central European leader would dare. Vladimir Putin regularly condemns the antifamily Western ideology as against human nature. White nationalism, as I understand it, is nothing more than the driving force behind human instinct; genotypic survival, codified into an ideology. Russia may come to similar conclusions.

Ukrainian nationalists argue that if they win their war against Russia, it will cause a paradigm shift for Europe. Even if they win, they may regret the world that they created. During the Yugoslav Wars of the 90s Chetnik revivalism was all the rage. Now Serbia is a dictatorship led by Aleksandar Vučić, a former nationalist now propped up by the EU for his ties to the LGBT lobby and his support of Angela Merkel’s refugee policy. The rehabilitation of the Ustasha in Croatia has not impeded the country’s integration into the EU. The Ukraine elected a Jewish president. The far-right received 2.15% in the last election. It is more likely that if the Ukraine were to win the war, the official toleration that the Ukrainian far-right enjoyed when it was useful to the West would end.

Russophobes claim that Russia is not a white nation but a multinational empire. Russia’s major cities, outside of the ethnic republics, are nearly all over 90% Russian. It is more of a monoethnic nation-state than anything in Western Europe. Moscow is more Russian than Reykjavík is Icelandic.

The Ukraine’s rightist supporters angrily denounce the Russians for sending Chechens into the Ukraine. They accuse Putin of unleashing his ‘Asiatic hordes’ on the white, Slavic Ukrainians. When those same ‘Asiatic hordes’ were revolting against the Russians and ethnically cleansing them from Chechnya, Ukrainian nationalists fought on the Chechen side. Streets in the Baltic States and Ukraine have been named after the Chechen rebel leader Dudayev.

Russophobia among Western white nationalists seems to come largely from sympathy with ethnonationalists in Central Europe. Poland and the Baltic States foolishly joined NATO out of irrational loathing for Russia.

Russia would make a better ally for Central European nationalists than NATO and the West. At worst Russia might bully the Baltic States into making Russian an official language and ending assimilatory policies towards the Russians minority. Leaked cables from the American embassy show that Washington will not let the Balts off with multiculturalism only between whites. The rational choice is obvious.

Russophobia benefits only our enemies. It empowers the system at home, by creating a boogeyman to justify repressive measures against dissent, it drives Central Europe towards the evil empire and it leads whites to see one of the greatest and most accomplished nations of the white world as a foe. Never forget that the enemy is the regime, and rejoice in the coming victory of white Russia over the regime’s Ukrainian puppet government.