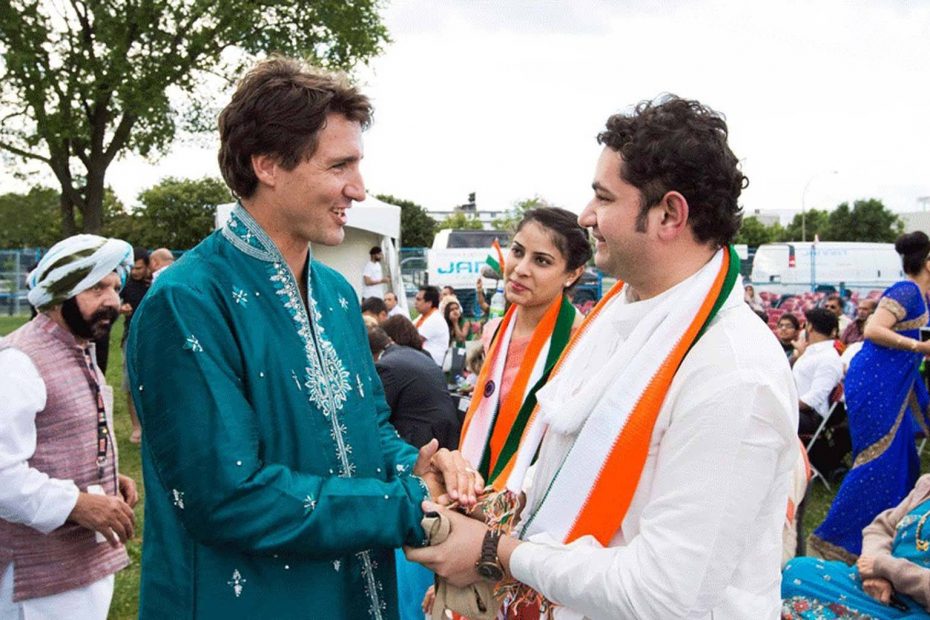 Justine Trudeau tantalizes India with a population of 1.4 billion as a primary source for the replacement of EuroCanadians.

The 2021 Annual Immigration Report to Parliament has been released, and is now open to the public.  Here are some of the highlights from that document.

As usual, the overwhelming majority of new permanent residents are not from Europe or the West. The top 3 source countries in 2020 were:

For years, these have always been the top 3. The changing makeup of Canada is no surprise at all, nor is the balkanization or enclaves.  The Kalergi Plan isn’t limited to just Europe.

Details from the most recent census are expected to be released throughout 2022, and it will be interesting to see what the last several years have led to.

Anyhow, the annual report states that 184,606 people became permanent residents in 2020, This includes 51,101 of whom were already in the country under some other program. Nonetheless, immigration to Canada cannot be determined by PR status alone. There are large numbers students and temporary workers, all with some option to extend or stay altogether. In 2020, there were drops across all categories, but we can expect it to pick up soon.

How many of these “temps” actually stay?  It’s hard to say, as the Government either doesn’t know, or doesn’t publish the data they have.

There are a number of curious initiatives going on:

(a) The Canadian Labour Congress is working with IIRC to convert some 500 people who have overstayed their visas — and their families — into permanent residents if they are willing to working in construction.

(b) Temporary permits — with the possibility to extend to permanent residencies — are now available for people who wish to leave situations of domestic violence. Strangely, there doesn’t seem to be anything that directs the abusive people to be deported.

(c) Even as Canadian health care workers are being forced to leave their jobs for refusing the vaccines, Canada is now expediting so-called refugees into permanent residents if they are willing to take those jobs.

(d) The IIRC has suspended the rule that limited student visa holders to working just 20 hours/week while in school.  Apparently, they are needed as essential workers, even with the high unemployment rate in this country.

(e) The Federal Interim Health Program has been extended for non-Canadians in this country. That also applies to ones in the country illegally.

(f) The Rainbow Refugee Program is to be expanded to allow for more persecuted gays to come to Canada.

(g) Even as businesses all over the country were ordered to close, or operate at only partial capacity, Ottawa has kept high levels of immigration.  This comes despite unemployment  being at record levels.

(h) A Municipal Nominee Program is in the works, which is similar to the Provincial ones.  Once implemented, it will allow cities to have a large hand in selecting migrants themselves.

We should refuse entry when there are valid grounds.  However, IRPA, the Immigration and Refugee Protection Act, has 2 provisions that allow for people who are otherwise inadmissible to come into the country.

Second, section 25.2(1) lets Cabinet Ministers use discretion to award a temporary residence permit (or permanent residence) to foreigners for other reasons, it it’s deemed “in the interests of Canada”.  This came into effect in 2010, thanks to Stephen Harper.  Afterwards, over 4,300 have taken advantage of it.

Interestingly, although politicians — both Conservative and Liberal — use their discretion in just letting people in, they don’t appear to use that same discretion to exclude undesirables.

While not in the report, the topic of illegal crossings is still worth addressing.  Although entries at Roxham Road dropped significantly in the Spring of 2020, they picked up again in late 2021.  It appears that fake refugees entering from the United States is again a problem we still have to worry about.

Few people know this, but the UNCHR is actually a party to the Safe Third Country Agreement, and is supposed to be consulted regularly.

June 2020, the Canada Border Services Agency had a new directive to record people leaving Canada (other than to the U.S.).  This had been announced in 2016, but finally took place.  Now, this country is supposed to have a true entry/exit system, like the rest of the world does.  The timing is strange, as it may just be a way to better monitor and restrict dissidents.

Even though the martial law has been implemented by sociopathic politicians, we must not forget that there are other issues that need to be addressed.