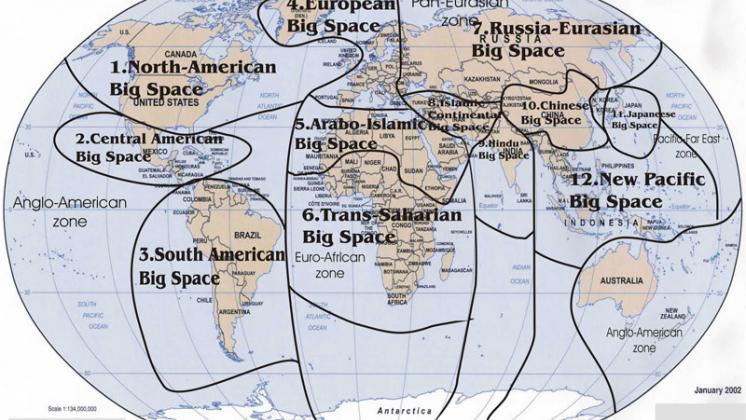 The decision of Western countries to punish Russia for invading Ukraine by lacing her with a wave of sanctions suggests that global leaders are failing to learn from history. Sanctions are an ineffective tool to curb the ambitions of rogue actors and they are unlikely to inspire autocrats.  Non-democratic regimes are already blacklisted by the liberal political order so using sanctions to further isolate them often succeeds at emboldening autocrats to drum up political support.

Moreover, targets with deep ideological commitments motivated by an ethos of self-determination are difficult to sway with sanctions and Russia is one such actor.  The current melee has demonstrated that foreign policy analysts are yet to understand the philosophy of Vladimir Putin and Russian foreign policy.  Vladimir Putin is an astute student of history with regional ambitions and is also quite serious about the resurgence of Russia’s hegemony in Eurasia.

Although Putin informed journalists that he is uninterested in the rebirth of the Russian empire to avert criticisms – it’s obvious that he intends for Russia to exert greater political clout in Eurasian.  Putin envisions a multipolar world where Russia’s sphere of influence is respected by Western powers. Despite the propaganda peddled by the foreign policy establishment Putin is not a threat to American interests.

By choosing to portray herself as the world’s superpower America compels Putin to pursue offensive tactics.  To manage American influence in Eastern and Central Europe, Putin must pursue measures to undermine America’s authority in his backyard.  So far, America’s strategy for engaging Russia has been unsuccessful because foreign policy technocrats are relying on a superficial account of Putin to guide policy.

The characterization of Vladimir Putin as a regressive autocratic by Western elites is an oversimplification. Being an autocrat does not make Putin a formidable foe, Putin is intimidating because he is waging an ideological battle against the West that’s deeper than economics.  Philosophically and politically Russia is quite different from the West. Unlike the Latin West, Christianity in Russia is a legacy of the Eastern Roman Empire and in the Eastern Roman Empire, there was a close relationship between church and state.

Russian Christianity lacks the history of an event like Investiture Controversy that led to the emergence of separation of church and state in the West.  Moreover, unlike the West, the Russian medieval ages did not produce a slew of thinkers like Marsilius of Padua, Hervaeus, and Jean Gerson whose ideas had an inkling of enlightenment thought.  Ideas like secularism, the rule of law, and free speech don’t have much pedigree in Russia.

Therefore, any measure to deter or engage Russia that fails to account for Russia’s peculiarities cannot be successful.  For many on the dissident right in Europe, Russia under Putin is a countervailing force to the moral degeneracy of the West.  Polls show that in Central Europe perceptions of Putin range from favorable to pragmatic.

Though there isn’t a rule asserting that a region must have a clear leader the reality is that countries usually grant leadership to a dominant power.  For example, in Asia, China and India are the primary powers jostling for hegemonic status.  Western technocrats refuse to admit the obvious observation that Russia is the hegemonic power in Eastern Europe and failure to do so will cause Putin to view their interference in the region as an act of aggression.

Yes, we can always upbraid Putin for corruption or violating human rights but this just amounts to empty rhetoric. Reminding the world that Putin is dangerous can hardly be considered a foreign policy strategy.  Instead of criticizing Putin, Western countries must put pressure on America to reduce its footprint in Eastern Europe.  The presence of military bases in Russia’s backyard signals to Putin that America is unwilling to acknowledge its hegemonic status and still clings to Cold War tactics.

If America continues to treat Putin like we are in the 1980s, then Putin will resort to defensive moves to combat her aggression.  Mainstream pundits are blasting Putin for invading Ukraine, even though the real culprits are America and her allies since they have been encouraging Ukraine to join NATO, despite knowing that Putin would perceive the decision as a threat to Russia’s security.

Professor Stephen Walt in a recent post argues that Western countries were naïve to think that Putin would accept Ukraine’s engagement with NATO: “Had U.S. policymakers reflected on their own country’s history and geographic sensitivities, they would have understood how  enlargement appeared to their Russian counterparts…During the Cold War, for example, the Reagan administration was so alarmed by the revolution in Nicaragua (a country whose population was smaller than New York City’s) that it organized a rebel army to overthrow the ruling socialist Sandinistas. If Americans could worry that much about a tiny country like Nicaragua, why was it so hard to understand why Russia might have some serious misgivings about the steady movement of the world’s mightiest alliance toward its borders?”

If America and her allies were wise, they would have told Ukraine to jettison any intention to engage NATO or better yet abolish the facility since it has outlived its usefulness.  With the Cold War over, NATO no longer serves a purpose and should cease to operate.  At this point to forestall a major war, Ukraine must ignore Western instigators by using diplomatic channels to appease Russia.  After all, it is not too late for Ukraine to call a truce and make concessions with Russia.

Lastly, waking up to the reality of a multipolar world will save America and her allies immense trouble. Superpower status makes politicians feel good, but it incurs great expenses for American taxpayers and civilians across the world.