EuroCanadians Must Join Civic Organizations To Protect Our Towns 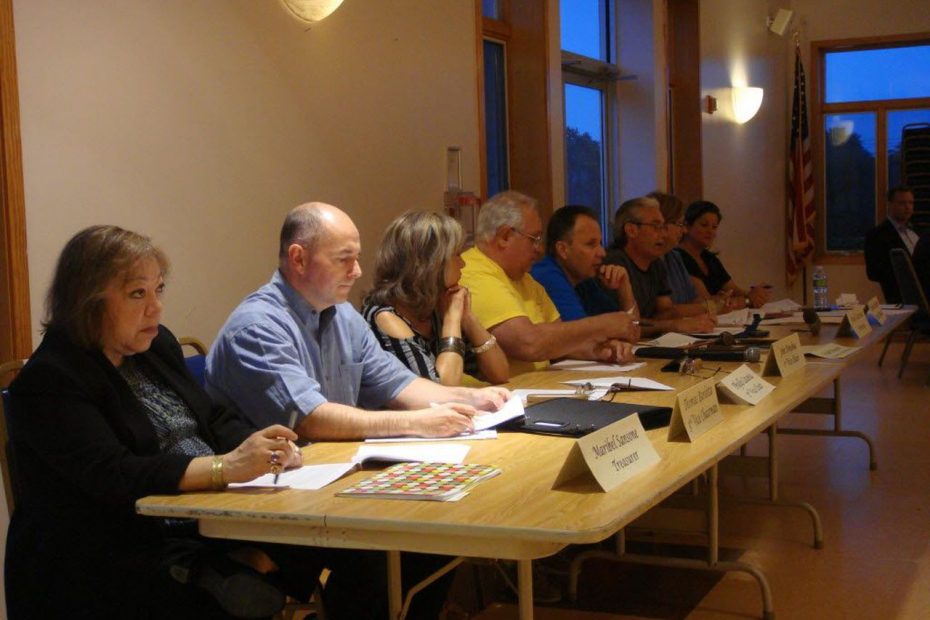 Due in part to low civic engagement, and more generally because of the inherent boredom of procedural meetings, community organizations across Canada are scrambling to find citizens to join their boards. This presents a great opportunity for EuroCanadian activists to wield important influence in our towns.

Myself and Henry Fuller Davis often talk in broad strokes about the Countryside/Rural Strategy and the Regional Approach, but we don’t mean to imply that the interests of our people will be protected merely by grand, dramatic actions. The small, everyday actions we take now will build upon each other to slowly but surely protect and extend the remaining territories of European Canada and maintain them for future generations. The actions I propose here will help greatly in this process, but will also have concrete apolitical benefits for our towns, which are so frequently mismanaged by incompetent bureaucrats and radical Left activists. Here’s some examples of how joining community organizations is easy, achievable, and incredibly important for our cause. For all the boards listed in this article, you’ll need to keep your patriot beliefs a secret, unless you’re in an area of Canada with a sympathetic Council.

Waterworks: After several monthly meetings in which you learned all the gory details of water main breaks and you started to doubt the advice you’d been given on eurocanadians.ca, an interesting issue has finally come to the water district’s attention. A development proposal for the town’s potential first Wal-Mart has been referred to the Waterworks district because it will need a hookup to the town water line. Knowing that big box store retail monocultures steamroll local culture, suck the money and life out of towns, compete with locally-owned small business, and reduce community cohesion, you have your reservations. Further, you are aware that big box stores in your region have been shamelessly employing Temporary Foreign Workers in their warehouse departments. When the final vote comes, three water trustees are in favour, three are against (citing concerns about ten-year water table projections). You cast the deciding vote, the water hookup is rejected, and your town is saved from McDonaldization and foreign workers – for now!

Library boards: Library boards have extensive authority over the policies of the library. In Alberta, for instance, a government document explains that  the library board “is a governing board, not an advisory board” that “has full management and control of the library”. The board “is a corporate body, a legal entity able to sue or be sued, enter into contracts and employ staff”. The library manager is actually employed by, and reports to the board, and the board is responsible for hiring other staff needed in the library. The board “determines library service priorities and creates a plan of service”. The opportunities are endless. Decisions on which murals to put up, which books to accept, what type of library manager to hire, and so on, can all be influenced.

Museum boards: There are still many museums in small white towns and smaller cities which honour the heritage of the settlers which founded their region, and present our national history in a positive light. As more and more museums are either being shut down or decolonized, we must move rapidly to join the boards of smaller museums to preserve these repositories of knowledge, spots of light in the coming darkness which provide the next generation with valuable knowledge and pride. Museum boards in Canada establish the museum’s “mission, vision and mandate”. They are also responsible for hiring and monitoring the performance of the museum director. If needed, the director can be terminated. Imagine the incredible amount of history that could be preserved, and remember that your town’s museum board probably lacks members already! Say you’re retired, and you meet with a few friends on the weekends at a local coffee shop; the topic of conversation often comes to complaining about the direction the country is going. Why not get two or three of you guys appointed to the museum board and fight to preserve the past?

Downtown revitalization programs: These days “revitalization” plans are all the rage. We can dismiss them as silly “vision statements” for people to imagine odd, unrealistic ideas for your downtown. But really, we need to recognize that these revitalization plans will determine what your town’s core looks like for the next century. Do you want a Black Lives Matter mural next to your favourite pub? Do you want the crosswalks to be painted rainbow, and an affordable housing development to go up at the outskirts? If we join the boards of revitalization initiatives, we can instead lobby for heritage architecture to be preserved, for plaques to be added to the fronts of businesses describing the town history, for all future commercial and residential buildings to be designed in a way appropriate to regional culture, for a statue of the town’s founder to be commissioned for the public square, for chain stores to be banned from the town core, and for beautiful murals of settlers to be painted (like in Chemainus, BC).

Farmer’s markets: Soon after joining the board responsible for the planning and oversight of the local summer farmer’s market, you arrive five minutes late to find the meeting has already begun. While you walk in and sit down, you listen in astonishment as a young man with an earring earnestly proposes that three stall spots be devoted to “information booths”. It emerges that this idea comes directly from the Diversity and Tolerance Alliance; you’ve seen their posters around town. The other three members of the board, two grizzled farmers who look as though they may have lived through the Confederation Talks and a hippie who might have time travelled from Woodstock, look visibly uncomfortable (even the hippie) but say nothing and nod almost imperceptibly. What a shame! You get on your laptop that night, and after 20 minutes of digging you find an obscure municipal law from 1972 forbidding any political activity at “agricultural events”. Well, that should do the trick. You fire off emails to the board quoting the relevant section, and the two old farmers respond almost suspiciously fast to the effect that “unfortunately” the info booths will not be allowed to go ahead. Not bad for a day’s work.

Doomers will claim that the idea of fighting for EuroCanadians using civic organizations is fantastical, and that we should instead master the craft of artful complaining about Canada’s dire straits on the internet. In fact, significant pro-EuroCanadian reforms can be achieved in these organizations, provided that we take the time to join them. One of the two fictional scenarios is actually loosely based on something that happened in my own town. Change starts with small actions, then cascades into larger effects.

Keep up the good fight everyone, and when you achieve a victory through civic groups, submit the story to CEC and we will publish it anonymously.