Era of Atonement: “Historical Guilt” Gets Hysterical in the Quest for Native Reconciliation 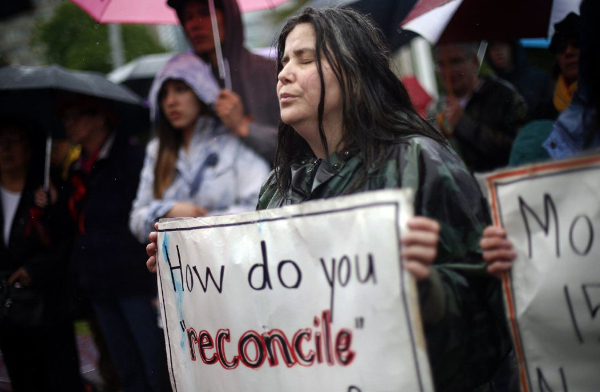 (a) What does “reconciliation” mean?
(b) Who gets to define it?
(c) Can it ever be achieved to the satisfaction of those who get to define it?

Maybe these plausible answers explain why the questions remain unasked:

(a) Anything and everything natives want.
(b) Natives.
(c) No.

So last month’s news that Ottawa plans to hand over another $11.8 million to racially restricted native fisheries in B.C. hardly rates mention. That’s not only due to the drop-in-the-bucket contribution towards already incalculable native-enriching tribute, let alone the lack of debate about racial fairness. Huge native giveaways like these—in cash, exclusive access to resources and no end of other preferences, privileges, entitlements, rights and powers—have been going on for so many decades that they’re routine.

Even so, all that escalated dramatically when Ottawa accepted a UN committee’s flaky re-definition of “genocide.” Then the mania really went apeshit crazy with last year’s raving fucking lunatic “mass graves” holocaust hysteria.

As a result absolutely every aspect of society must fall into line with “reconciliation.” Just a few recent examples include Victoria’s Royal British Columbia Museum demolishing one of its showpieces, a world-renown exhibit devoted to the province’s history. That was the museum management’s response to complaints from two native employees about “microaggressions” and other nebulous charges of racism.

Two weeks ago Yukon created its first school boards with elected trustees. Sounds democratic, but only natives can hold those positions. The racially exclusive governance for racially inclusive schools follows a referendum in eight of the territory’s school districts that won approval in seven. Some of them, like Whitehorse, consist mostly of whites who agreed to bar themselves and other non-natives from becoming trustees. Those native-only trustees will control hiring, curriculum, conditioning and other school matters for kids of all races.

The referendum wasn’t limited to parents, though, so it’s not clear how people with kids voted. The territory hosts a preponderance of Commercial Drive-type flakes including lots of lesbians. The rest tend to be soft suburbanites. (Yukoners defy southern illusions about rugged Northerners and do their damnedest to avoid winter.) 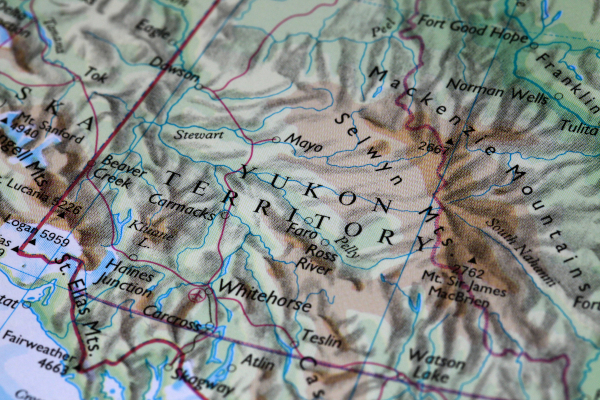 Welcoming the vote, native chief Dana Tizya-Tramm said, “The time for reconciliation is now.” Yukon aboriginals first started asking for some kind of control over their education about 49 years ago. “Reconciliation” finally brought that about, along with control over education for others.

Earlier last month Victoria city council voted 6-2 in favour of a $200,000 “reconciliation grant” for two local native bands, the first of annual reparation payments in a five-year plan. Proposed by Mayor Lisa Helps, an astounding white wackjob even by Canadian political standards, the racial booty replaces the even more munificent handout she earlier envisioned. That one would have given natives all proceeds from a proposed 15% tax on new development, with those proceeds building cumulatively as each property levy continued in perpetuity while additional new developments contributed additional new levies, also in perpetuity.

Sensing an outcome different than that of Yukon voters, a Victoria taxpayers’ group called for a referendum. White councillor Ben Isitt objected. As if quoting from Chapter 1 of Demagoguery for Dummies, he said, “It brings the worst elements of all of our communities out of the woodwork and gives them the platforms to articulate reprehensible views that do harm to individuals.”

Tyrannical tendencies are trite among politicians, so there’s nothing unusual about Isitt or the MP for Nanaimo-Ladysmith. As a member of the once-working class NDP, Lisa Barron wholeheartedly supports Turdeauvian “emergency” measures against working class protesters. But as a member of the former slave-owning Snuneymuxw native band, she also maintains that climate change—conventionally considered the existential threat to our species—must be subordinated to “reconciliation.”

Much more uplifting news comes from a politician a little farther north. Although he’s white, there’s no indication that Qualicum Beach councillor Scott Harrison is a Helpsian neurotic or Isittian opportunist, or that his native beneficiary is a Barronesque hustler. Harrison seems like a really nice guy whose heart (or more accurately, another body part) goes out to someone in need. Harrison has just now donated a kidney.

A truly wonderful, selfless sacrifice. But dare one mention it was accompanied by hints of “reconciliation”? An article in the Victoria Times Colonist (overdue for an apologetic name-change) played up the recipient’s race repeatedly, beginning with the headline. Then there’s Harrison’s implicit expression of historical guilt.

“An interesting lens to the story is that I was adopted at birth, and discovered roughly one month ago that one of the people I’m descended from was involved in the decision to colonize Vancouver Island, namely John Pelly,” the paper quoted Harrison.

Pelly was a Hudson’s Bay Company governor who encouraged British settlement north and west of Rupert’s Land after the 1846 Oregon Boundary Treaty pushed the American frontier almost to Vancouver Island and up to the 49th Parallel on the mainland. Had Brits not extended their authority, the lands would have been taken over by Americans much less accommodating to natives. Had no country moved in, traditional native practices like slavery (especially rife on the West Coast) would have continued.

Referring to his Pelly ancestry, Harrison added: “While there is a great deal to think about having learned that, it does make this journey a bit more special.” 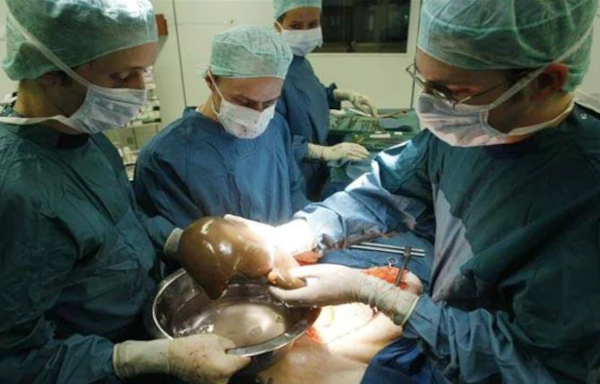 He found out a month ago, but he’d already been undergoing tests for nearly a year to ensure his kidney was compatible. The recipient and his family have expressed genuine gratitude to Harrison, others who underwent kidney donation tests, and still others who helped the family.

So it’s a wonderful story about community spirit but there’s no denying that suggestion of “reconciliation” bathos. It can even bring to mind some of the extremes now reached by guilt-mongering. Examples include American whites responding to the Minneapolis martyrdom by supposedly flagellating themselves, actually washing the feet of blacks and even praying to blacks for forgiveness.

That kind of commonplace hysteria combined with the undefined and therefore unachievable goal of “reconciliation” could bring, can bring, is bringing downright twisted results.

How far can this go? Would politicians like Helps and Isitt insist people—other people—sacrifice more than money? Would Yukoners, already subjecting the territory’s children to one very strange sacrifice, go even further? Body parts seem an outrageous suggestion, but even that’s not impossible. Certainly whites are already sacrificing much more than money, and they’re doing so to the detriment of future generations.

Greg Klein has a blog: http://vancouverzeitgeist.ca