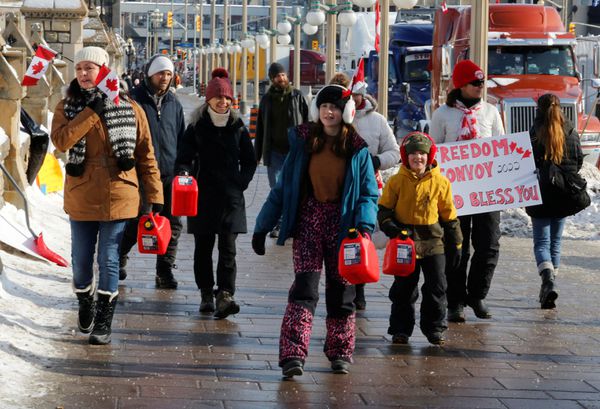 What a stark contrast between the violent childless BLM-Antifa government/corporate sponsored protests to the peaceful family oriented/working class “white supremacist” Trucker protests in Ottawa sponsored by everyday Canadians! The BLM-Antifa are for the destruction of the “traditional white family“, drugs, breaking and entering, burning of family businesses, transformation of white created cities into broken dirty slums. The Trucker protests are for freedom of choice, end to vaccination mandates, the Canadian Maple Leaf flag, hard work and family life.

This is why the truckers are hated so much. They embody what Harvard professor Joseph Henrich identified as unique psychological traits of Western peoples: a predisposition for fairness, honesty, and cooperation, patience and self control, time drift and hard work, free will and the capacity to make one’s own decisions, common sense and nonconformist thinking over media-corporate controlled thinking.

Not only are the activist wing in charge of forcing equity and diversity utterly devoid of these psychological predispositions, their intellectual-journalist allies have identified these traits as “characteristics of a white supremacist culture”. In a Washington Post article, Taylor Dysart, a PhD candidate at the University of Pennsylvania, actually observed about the trucker’s use of the word “Freedom Convoy” that “the belief that one has an entitlement to freedom is a key component of White supremacy“. In the last few years, numerous articles in the mainstream media have objected to the “white supremacist” concepts of “timeliness,” “professionalism,” “objectivity,” “individual responsibility,” “nuclear family“. 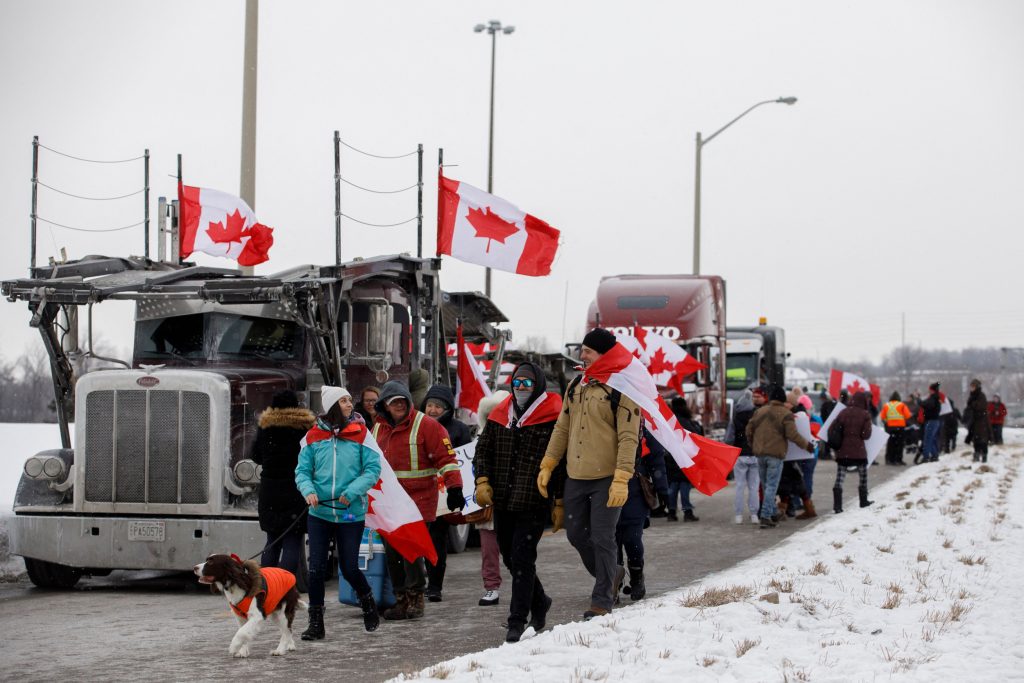 The truckers have been in Ottawa patiently and in complete self control for almost a month without causing property damage while attending to their children and pets. They hate the fact that many truckers brought their pets with them. Having dogs and cats is now identified with “supremacy” for it speaks to a unique trait among whites to love animals. BLM did declare “white pet owners to be white supremacists.”

For normie readers who are unaware of the widespread violence that is inherent to “inclusive” movements, let me bring up the following findings from a detailed study completed in October 2020 by “The Major Cities Chiefs Association,” a professional organization of police executives representing the largest cities in the United States and Canada:

In cities where violence did occur, assaults on police officers, looting, and arson were the most common criminal activities. Approximately, 72% of major city law enforcement agencies had officers harmed during the protests. This included nearly every agency that experienced at least one violent protest. In total, over the course of the civil unrest from May to July, more than 2,000 officers sustained injuries in the line of duty.

Looting was also a common occurrence (2,385 instances), with 62% of major city law enforcement agencies indicating that at least one incident of looting occurred in their cities. This activity was primarily clustered during the first few days of protests. Of note, several agencies reported that in some instances, the looting appeared to be coordinated and organized. For example, some cities encountered ‘looting caravans’ that moved throughout different neighborhoods. One agency reported 115 commercial burglaries occurred in just one day. Two other agencies reported $927,000 worth of damage as a result of looting in each of their jurisdictions, and another agency reported a single looting event at a shopping mall that resulted in over $70 million in damage.

YET Justin donated to black lives matter and kneeled in obedience to the BLM riots. He also said that the burning of Christian churches across Canada was “fully understandable” as well as the destruction of countless historical statues. Looters and Antifa drug addicts are key constituents of Justin’s hateful plan to destroy Canada by celebrating millions from foreign immigrant cultures at the expense of “white supremacist” Canadians. He has refused to talk to trucker families, preferring to  arrest them and freeze their bank accounts  and even take their pets for the simple reason that these truckers represent what he once derisively called “old stock Canadians”. 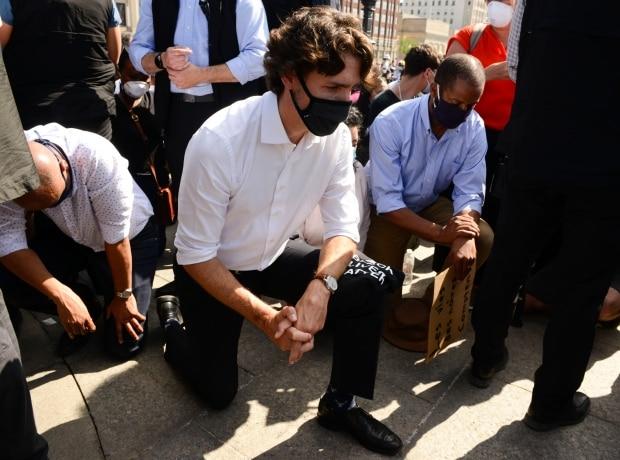