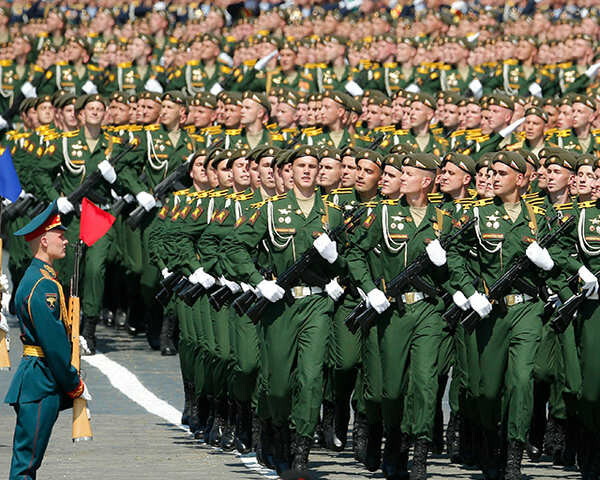 Russia is the strongest military nation ruled by a cultural nationalist Slavic-White leader. It is “multiethnic” with dozens of ethnic groups within its borders. But the reality remains that:

(1) Of the 142.8 million people in Russia, 111 million are ethnic White Russians, which is 80.9% of the total population — which makes Russia, on this stat alone, whiter than France, Canada, Britain, and the United States, where the white population is already below 60%, and dropping fast. Germany and Sweden will soon be darker as well.

(2) Of the remaining 19.1% of the population in Russia, a high proportion are of “European descent” a substantial minority of Finnic, Germanic, and Ukrainian peoples, and other “diverse Indo-European” peoples from the Caucasus. The Turkic component is semi-European.

(3) Putin is a Cultural Nationalist. He is not an ethnic nationalist for the obvious reason that Russia has been historically a multi-ethnic state. Unlike the rest of the West, Russia is not ruled by globalists pushing immigration and race mixing from the top down. It needs to be emphasized, since many dissidents are unaware of this distinction, that Vladimir Putin is not a civic nationalist who believes in the celebration of generic liberal values endorsed by Western multicultural states as “human rights” for the inclusion and celebration of foreign immigrants. He believes that Russia has a deep seated cultural tradition, a Christian religion, and a history Russians should be educated to celebrate. He has unmistakably stated that

Russian basic values are none other than patriotism, love of one’s motherland, love of one’s home, one’s people, one’s cultural values….Everything that makes us a nation, that is the source of our uniqueness, everything that we can be proud of–all this will be the foundation of [the national] idea.

He understands that Russia “will deteriorate as a people” and “no longer have the capacity for great deeds” without nationalist pride — and he favors a “super-centralized” state as “laid down in Russia’s genetic code, its traditions, and the mentality of its peoples.” Liberal values have no “deep historical roots” in Russia.

Putin wants to protect “the great achievement of the people in their defense of the Fatherland”. Some dissident members dislike this patriotism because it comes with celebration of the “enormous sacrifice made by the USSR in World War Two”. What else should he do, endorse the invasion of Russia by Germany?

(4) Putin is an Orthodox Christian who thinks it is right and natural to defend and preserve the moral values of Christianity against the anti-family values of the West, and the only White leader in the world who sides with dissident populism. He wants marriage to be defined as the union of a man and woman. He understands that no nation can survive without traditional monogamous families, unlike, I have to say, some in the dissident right who think that nations can survive on pagan anarchism alone. One can show a healthy respect for European paganism while acknowledging that Christian morality, even if one is not a practicing Christian, is essential to the survival of Western nations.

Is Putin Controlled By Globalist Jews?

It is unfortunate that many on the dissident right have an inbuilt animosity against Putin’s Russia that extends into  claims that Putin is controlled by globalists Jews. It can’t be denied that Jews constitute a disproportionate number of the billionaires in Russia, as they tend to do in other Western nations. It has been estimated that “close to one quarter of the 200 richest people in Russia are Jewish”. One can find articles in the internet giving the impression of Jewish control over Putin. But, if I may use this word, Jewish financial power in Russia has to be contextualized within the decisive measures that Putin took in the early 2000s to dismantle the globalist interference of Jewish oligarchs on Russia’s nationalist interests.

This article, “The Silent Coup: Putin vs. the Oligarchs,” written in 2004, explains in intelligent detail how Putin stopped corrupt oligarchs from taking over Russia’s economy to serve their American-Jewish globalist interests through financial machinations and control of the media. This is a big reason why Neocons like David Frum have always hated Putin. It is an intricate story. These two passages may suffice to clear out the misguided notion that Putin is a “puppet” of Jewish financiers:

ON JULY 28, 2000, Vladimir Putin gathered the 18 most powerful businessmen in Russia for an unprecedented discussion. This was the beginning of Putin’s campaign to undermine and reduce the power of a group of men who had made titanic fortunes from reforms designed to pave the way for a transformation of the Soviet planned economy into a free market economy. Russian President Vladimir Putin was rewriting the rules again. In no uncertain terms, Putin told Russia’s wealthiest that the jig was up, and he denounced them as creators of a corrupt state.

A very small number of people — known now as the oligarchs— were able to concentrate a very large portion of the Russian people’s wealth into their hands through backroom deals and insider connections. Some who read this essay might condemn me because I point out the Jewish identity of the majority of these oligarchs. My reason for doing so is not to be unfair to Jews or to increase hostile feelings towards them. The reason is the simple fact that their Jewishness is a factor and must be taken into consideration when dealing with Russian politics. In Russia, everyone is aware of the Jewish identity of these men, and the acts of the Jewish oligarchs themselves have done quite a bit to increase anti-Jewish feelings there. The oligarchs themselves recognize this, as do many Russian Jews, who blame the oligarchs for giving Jews a bad name. In my opinion, it is much better to be honest about it than try to pretend that this factor doesn’t exist.

As this article goes on to explain, Putin went on to deal realistically with various other Jewish groups, indicating that he was not about to nationalize industries and revert back to communism. His intention was to ensure that the actions of Jewish financiers were consistent with his nationalist aspirations to resurrect Russia’s great power status in the world as a counter-measure to the American domination of the world with its globalist anti-European values.

It is sadly disturbing to witness the situation of the Ukrainians. But I blame the Americans for encircling Russia with NATO allies, with the intention of bringing the Ukraine within the American globalist sphere — forcing Putin into military action. The Ukrainians, as Pedro Gonzalez observed in Tucker last night, are “valiantly being used as pawns for NATO expansionism.” So with this in mind, let’s watch a Russian Hell March.