Justin Trudeau Says About the Truckers: “That’s not who Canadians are”. 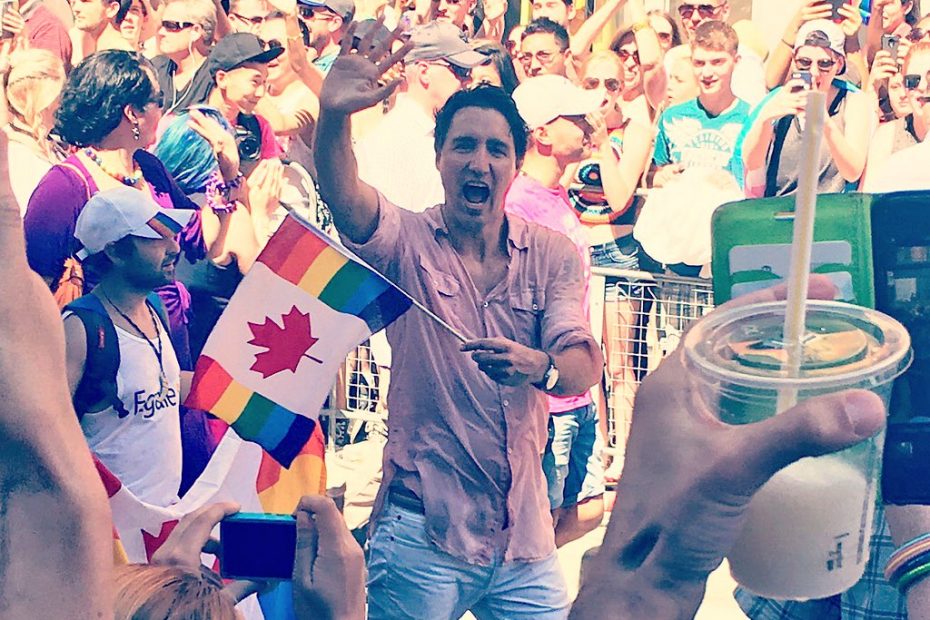 Justin Trudeau all wet in one of the gay parades he attends yearly.

After hiding for a week, Justin came out yesterday to condemn yet again the Truckers by declaring that they are “not who Canadians are”. About a year ago Justin said that 3rd World immigrants  were “more Canadian” than EuroCanadian natives. In the globalist world Justin inhabits, the EuroCanadian working class is the most despised group. Before the 1980s, the Left used to advocate for the working class, both the Liberal Party and the NDP. Now it is all about “diversity, inclusion and equity”. The manly fortitude, family oriented values, respect for traditions, nationalist sympathies, and rejection of welfarism of the working classes is something intensely disliked by the emasculated Left of our times.

The Liberal Party really wants to replace the White Canadian working class. This is why during the year of 2021, when Canadians were under regular lockdowns, obligated to show vaccine passports everywhere, unable to travel abroad, the globalist Liberal Party managed to bring into Canada “the most immigrants in a single year in its history.” They announced this on December 23, 2021 as their major political achievement of the year.  A large proportion of these immigrants came from India, and many of these are being assiduously supported by the government to take over the trucking business away from the Canadian White working class.

The Trucker Freedom Convoy must keep these wider political factors in mind. The Left controls the media, the schools, the universities, and the big corporations. Its ultimate aim is to replace a White working class that’s “not who Canadians are” with immigrants who “want to be Canadians”. Compelling Justin to end the lockdowns and vaccination passports will be a win of short duration — unless workers join the PPC to fight for immigration restrictions.

The globalists already have in the works what Twitter CEO Parag Khanna has called the “Great Migration” in order to create a “global mongrel civilization” across the Western world. Once the White working class is racially diluted and sexually inverted, global capitalists will be able to celebrate “the onrushing of the Asian Century.” This Asian century may be headed by the Chinese with their “great reset” population, where everyone conforms to the approved political standard, “without any marked character,” as John Stuart Mills put it in his 1859 essay On Liberty, “maimed by compression, like a Chinese lady’s foot” (Library of Liberal Arts Edition [1956] 1989, p. 85). 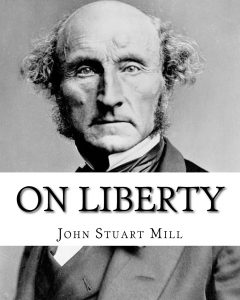 The unique psychological predisposition of Europeans for freedom stands as an obstacle against the Great Reset. Only a Great Migration can dilute the European race to make possible the Great Reset. Europeans achieved individuality of personality, “individual vigor and manifold originality” (70), against the “ape-like imitation” (71) of other peoples, where the “despotism of custom” (85, 87) dominates. As Mill observed, only amongst Europeans do we find “the privileged and proper condition of a human being, arrived at the maturity of his faculties, to use and interpret experience in his own way”. Only amongst Europeans do we find a being who “chooses his plan for himself, employs all his faculties…uses observation to see, reasoning and judgement to foresee, activity to gather materials for decision, discrimination to decide, and when he has decided, firmness and self control to hold to his deliberate decision” (71). Amongst nonwhites, however, “despotism is the legitimate mode of government” (14).

The Left has long aimed to suppress this White inclination for individuality, by “penetrating much more deeply into the details of life, and enslaving the soul itself” (7). Mill was a firm advocate of liberty for this reason, “demanding liberty of conscience in the most comprehensive sense, liberty of thought and feeling, absolute freedom of opinion and sentiment on all subjects, practical or speculative, scientific, moral, or theological” (16).

But over the last decades the Left has effectively limited the liberty of Canadians with “hate speech” codes and politically correct mandates, though not without opposition. The rise of right wing populism has been a most inconvenient political force for the globalists, leading them to look to China’s “great reset” model for the creation of a more complaint population in a high tech future order. They don’t care that the Chinese model is nationalistic and ethnocentric. They are counting on the creation of “global mongrel civilization” inside the West to out compete Chinese nationalism. The Neocon American elite anticipates that its model will attract the best talent from the third world, create the most exuberant culture with its promotion of diverse genders, race mixed couples watching NFL, the temptation of its Epstein islands and the dissolution of “boring” parental authority.

The Freedom Convoy must keep these world historical realities in mind if the EuroCanadian working class is to survive in the long term.