I Want To Be A False Flag It has long been my ambition to become an agent provocateur, an instigator if you like. Preferably a paid one. Since I must live on a modest pension, I am prepared to be a whore for just about anyone these days. But on this occasion, I will do it for free.

I am hoping to attend a pro-truckers rally on Vancouver Island carrying a pro-Trudeau placard. My expectation is that a CBC reporter will be drawn to me like a fly to honey. I would be irresistible.

I would be the focus of his report. Imagine, a man who dared to enter a lion’s den and stand up for science, enlightenment, social responsibility and germ theory. A man who cared not for his own safety but for the safety of other citizens. Safety from exposure to the dreaded virus. Safety from the unvaxxed. Safety from ‘harmful misinformation’. Safety from white supremacists. Safety from violence. Safety from heretical opinions. (Which are violent too, right?)

The CBC’s reporter’s question would be, “Why do you support Justin Trudeau and his vaccine mandate?”

“Because I am a racist homophobic  transphobic misogynist who hates immigrant women of colour and I am tired of being stereotyped. I am tired of being lumped together with the deplorables in the trucker convoy. Not all loathsome people with unacceptable views are anti-vax, you know. I came here because I was confident that the CBC, in the interests of fair play,  would seize this opportunity to tar all Trudeau supporters with the same brush and give viewers the impression that racist homophobic transphobic anti-immigrant misogynists like me are well represented in pro-Trudeau ranks. There may be thousands of Trudeau supporters in this city, but you can discredit them all by singling me out and building your prefabricated story around me. After all, that’s what you did to the truckers.  In fact that’s been your M.O. for decades, so don’t give me any of your excuses. Fair is fair.”

I suspect that many of you will scoff at the prospect of the CBC snapping up my suggestion. You think that the CBC would never bite the hand that feeds it. You think because they are propped up by $1.2 billion/year of conscripted taxpayer money, CBC “journalists” and producers  wouldn’t dare smear the Trudeau government.

Well, if you think that way, you’re a lost soul. You have given in to undue cynicism. You believe in the old adage that “He who pays the piper calls the tune.” You think that just because the Leftist media accepts hush money from Trudeau, they would become his lap dog. But anyone who listens to the CBC or reads the Toronto Star knows that this is not the case. Despite being the recipients of Trudeau’s subsidies (your tax dollars), both struggling media outlets are manifestly guided by the principles of journalistic integrity, political impartiality and ideological diversity. The idea that the CBC tells lies of omission or slants the news is preposterous. Just watch any of their panel discussions. Both ends of the political spectrum are represented. From the Left to the Far Left.

I think agents provocateurs are the Dark Matter of the political universe. The architects of hate crime hoaxes and mischaracterizations. God knows where we would be without them. They are indispensible, especially when your narrative is crumbling under the weight of reality. You need a false flag to create a boogeyman that will distract the masses so they will fail to notice that say, triple-vaxxed people like Trudeau are getting Covid. You don’t want light bulbs going off in their heads. You don’t want them to start connecting the dots. You don’t want them to recover their memories and remember the assurances they were given by Chief Medical Officers. You need a guy like me to take their eyes off the ball.

I have an idea.

If you’re a boomer you might recall a movie entitled “I was a Communist for the FBI”. I think the plot could serve as a template for a contemporary Canadian film or CBC TV serial for the Woke generation. How about “I was a Bigot for the CBC”. The agent provocateur would attend populist rallies in disguise carrying a Confederate flag, like the one at the pro-trucker rally in Ottawa. Those flags are hard to come by, but  I think I might find one in a closet somewhere in the basement at 181 Queen Street. 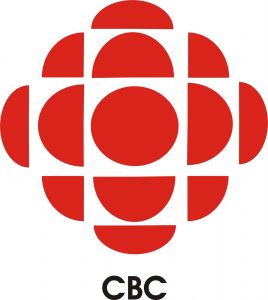 We deceive. You believe.