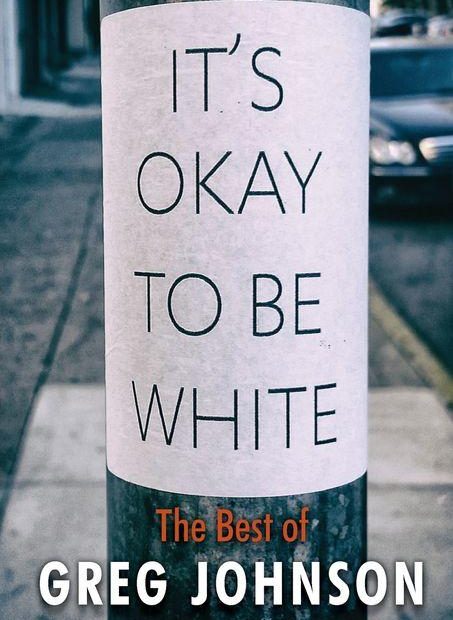 Why are Western elites so repulsed by the thought of white pride? Instead of exploring the banalities of court intellectuals in It’s Okay To Be White, philosopher Greg Johnson marshals a case for the normalization of white identity politics. For Johnson, white nationalism encapsulates a moral battle between white identity politics and multiculturalism. And for those familiar with the tirade of anti-white sentiments infecting Western societies, it’s easy to appreciate why Johnson thinks that defending white identity politics is a moral issue.

In the world of Johnson, white nationalism is likened to a family. Families may invite visitors to the household, but under no circumstance should we expect visitors to usurp the authority of the household – this is the custom everywhere except in the West. Currently, immigrants are not only invited to reside in Western societies but are also taught that host cultures are unworthy of respect. Whiteness has become a term of ridicule often invoked to arouse feelings of guilt and the expectation is that whites should revel the debasement of their culture.

Now, Japan is widely known for preserving the homogeneity of its society and many universities have departments devoted to African and African American studies, though whites are precluded from expressing racial pride. Until the political establishment can explain, why being black or Chinese is laudable, but whiteness is problematic, then white nationalists like Greg Johnson must define the parameters of the debate. Yes, Europeans enslaved Africans, but so did the Arabs. We should also point out that Benin, Dahomey, Asante, Oyo, Ibadan, and other African empires engaged in the enslavement of blacks. Western society was the first to abolish slavery and impose pressure on Africa and the Middle East to do the same, but whites get no credit for the goodwill of their ancestors.

In reality, whiteness should actually be a badge of pride. Tons of books aim to explain why science emerged in the West, and not elsewhere, like Toby Huff’s The Rise of Early Modern Science: Islam, China, and the West.  Moreover, in his later book Intellectual Curiosity and the Scientific Revolution: A Global Perspective, Huff offers an overview of the factors responsible for the flowering of creativity in the West relative to other societies during the Scientific Revolution. Historians even lavish us with books detailing the origins of the quantification revolution in the West like Alfred Crosby’s The Measure of Reality: Quantification and Western Society 1250-1600. And for insight into the inner-workings of Western law, we can consult Religion Law and the Growth of Constitutional Thought 1150-1650 by Brian Tierney and Harold Berman’s Law and Revolution: The Formation of Western Legal Tradition.

Johnson’s point is quite reasonable: whites must be free to celebrate historical achievements in their homelands. The affluent states of the West were created by phenotypically white ethnic groups so that their people could have a homeland. America for example, is the invention of white Anglo-Saxon Protestants. Prior to colonization by white people America as we know it did not exist. The America of Native Indians was a different place both politically and geographically. However, thanks to the passage of the 1965 Immigration Act it became easier for non-Europeans to immigrate to the United States.

Luckily for immigrants, migrating to America is associated with higher incomes and improvements in life expectancy. Non-white immigrants disproportionately benefit from the luxuries of Western societies because they are from poorer countries, so why do some expect whites to occupy second place status in countries built by their ancestors, on the account of historical wrongs committed by whites? This moral swindle is rightly denounced by Johnson. “But if it is legitimate for whites to feel collective guilt for the crimes of some white people, isn’t it also legitimate for whites to feel collective pride in the achievements of some white people? If I am guilty for all the terrible things done by Hernan Cortes and Francisco Pizarro, why don’t I get credit for all the wonderful discoveries of Isaac Newton and Louis Pasteur?”

Obviously, accolades won’t be showered on whites for the accomplishments of Newton and Pasteur since the purpose of the multicultural society is to belittle whites by inflating the achievements of non-whites. Other than highlighting the unrealistic standards imposed on white people, Johnson rebuffs critics conflating white nationalism with white supremacy. Admittedly, Johnson reveals his opinion that whites are superior to other groups in some cases, but stating so isn’t indicative of white supremacy. A white supremacist intends to exert autonomy over non-whites, whereas Johnson would prefer for them to return to their country of origin. 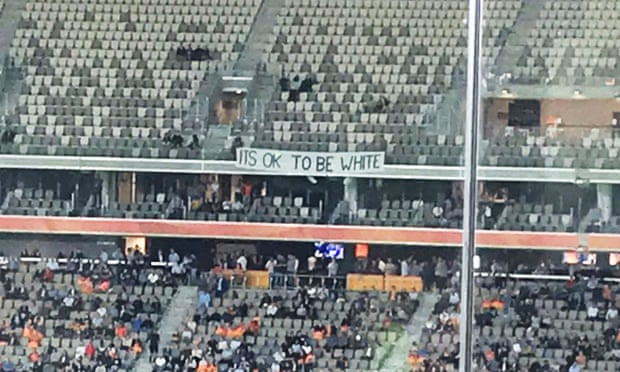 Although critics may interpret Johnson’s conclusion that when compelled to live under a multicultural framework whites will form alliances to ensure that their values remain supreme as a dog-whistle for discriminatory systems – they are wrong. People will cite Apartheid and Southern segregation as examples of institutional racism implemented by whites; however, whites score higher on measures of  individualism and individualistic people value autonomy. Therefore, accounting for the traits of whites and the ascent of liberal values, we have to apply the standard of the reasonable man to Johnson’s comments, and doing so invalidates the contention that Johnson’s brand of white nationalism would usher in a new era of discrimination.

People only need to be appreciative of their shared interest as “whites”, for white nationalism to become a feasible political project. Yet despite arguing that generic white people don’t exist, critics talk glibly about white privilege.  Again, the hatred for whites is manifested by these dubious rhetorical strategies. Whiteness is only useful to impute blame to white people and never a term of endearment.

So far Johnson appears quite tame, but he courts controversy by proposing the deportation of non-whites. Thinking about this policy is tedious because it raises several constitutional issues and would be impossible in the present political climate. On the other hand, peacefully repatriating non-whites to their homelands if they agree may sound plausible, but this is unlikely because non-whites are aware that most of their peers lack the potential to recreate the Western experience. People wouldn’t be rushing to Western countries if they thought that their countrymen could create more prosperous societies.

On the topic of diversity, Johnson’s observation that diversity is usually a synonym for white dispossession is accurate as indicated by the rise of positive discrimination. After the decision of the BBC to limit trainee positions to non-whites, critics can no longer accuse people like Johnson of spreading conspiracy theories however, the literature on diversity and economic development is flourishing and some studies are showing a positive link. According to the literature, diversity induces and deters growth under different conditions. For instance, one study contends that there might be an optimal level of diversity, beyond which additional diversity becomes an expense.

Johnson succeeds at enunciating a coherent argument in favor of normalizing white identity politics. However, because of the stigma of white nationalism, it would have been better for him to fixate on showing minorities why a predominantly white society is in their interest as a ploy to garner political support. As time will show, outlining an aggressive political agenda will alienate sympathizers and provide fodder for political opponents to marginalize the project of white nationalism.