Canada, as a Democracy, is Essentially Finished 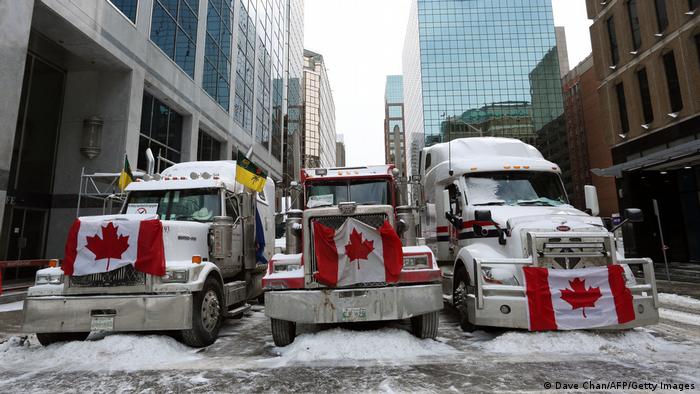 Imagine this; a minority party gets the support of a socialist party and gets the parliament to give the executive sweeping powers. Germany, 1933? No, Canada last night. The NDP voted with the minority liberals 185 to 151 to pass the equivalent of martial law.

It’s so bad in this country right now that Parliament was cancelled in order to let the police enforce an act, the Emergencies Act, that would allow the police to do so. This is exactly like ordering an execution before holding the trial.

And the government could seize your bank account! For supporting your political beliefs!

Not once. Not once did the Prime Minister, or any Minister, deign to come out of the Parliament Buildings and speak to the protestors. Beneath them. Dealing with their constituents was beneath them. This is like a bad dream.

And even that isn’t all.

The truckers were praised when, for two years, they kept the country running during the pandemic. And now, with the pandemic winding down, they are suddenly “racists” and “white supremacists” for protesting against mandatory vaccinations? What?

I hope, I despair, but still I hope, that the public sweeps all these terrible little dictators out of office at the next opportunity. But will there be a next opportunity?

The Emergencies Act has virtually made opposition to the Government a crime. We are no longer living in a democracy, but in a dictatorship.

And in dear little old Canada. Who’d of thought it?

[Yes, that’s German television’s use of an image of the Freedom Convoy protest in Ottawa at the top of the page. Quite the reversal of fortune, isn’t it?]