The Secret Life of Dogs 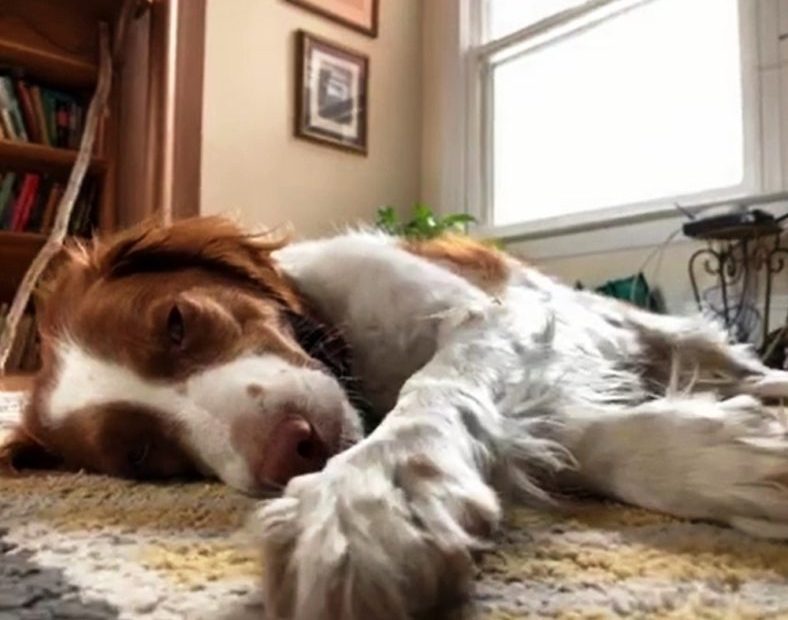 Dogs are not entirely natural animals. They’re half natural, half synthetic. All dogs are descended from wolves, but they didn’t remain wolves. Thousands of years ago, back in the Stone Age, wolves started staying near the campfires of humans, finding that humans were sometimes willing to share their food and their shelter, especially if the wolves would do a few things in return, such as helping to find food, or acting as blankets on cold nights, or warning of danger. As the many centuries went by, humans started selectively breeding these wolves, so that they would be more useful. The breeding wasn’t entirely conscious, it was just that certain young wolves were preferred by the humans. The wolves that were chosen were not proud, arrogant, independent, and fierce like the wolves in the wild. On the contrary, they were relatively shy, timid, obedient, and fearful, always wanting to please their masters. In a sense, they remained cubs (pups) all their lives. And that’s how dogs have been ever since. Dogs don’t love humans. Dogs are afraid of humans.

A dog’s distant ancestors were noble beasts, but after countless generations of genetic modification a typical dog has become a silly piece of fluff, and it will be treated as a child, a doll, a toy. The humans will then commonly remark that they “own” a dog, although they would never use such a word with regard to their real children, or to any other human, at least now that slavery has largely ended in the world. Animals kept deliberately for food are a different matter, perhaps, but most such animals are so brain-dead that they are somewhat unconscious of their state.

But the story isn’t always so devoid of hope. There are times in history when human societies simply fall apart. And then there is no food. It takes only a few days without food for dogs to sense, perhaps unconsciously, that the world has changed, and that the priority is to find food, not to obey humans. At that point the dogs are drawn to one another, and they begin to roam the wilderness and the wasteland. Then they are alert and alive, and they are something more than dogs.