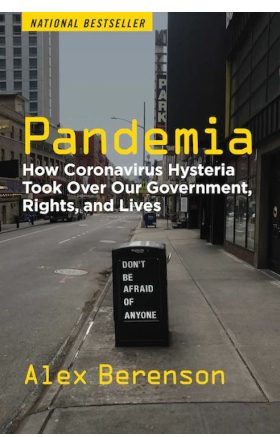 The medical profession has its Covid rebels but media—not surprisingly—produce almost no renegades. One standout, however, is Alex Berenson. A well-connected freelancer and former New York Times reporter, he spent enough time covering the drug industry to get an early start on pandemic skepticism. That quickly turned to alarm at the response of not only the pharma/medical establishment and government, but also the mainstream media. Pandemia presents a chronology of a contagion that’s likely worse in its metaphorical sense.

Berenson’s concerns quickly gained attention through social media and the four Unreported Truths booklets he began publishing in June 2020. Maybe among the earliest dissent presented to a general audience in print or e-book form, they cast new light on Covid death counts, lockdowns, masks and “vaccines.” By now several others have also scrutinized those issues, leaving Berenson’s media critique as Pandemia’s greatest strength.

Covid, he maintains, should be considered “a medical problem, not a societal crisis.” As for how and why it became otherwise, he differs greatly with Robert Kennedy Jr. Released on November 30, three weeks after The Real Anthony Fauci, Pandemia doesn’t try to refute RFK’s detailed account of how the Fauci/Bill Gates coalition joined with government (including its intelligence and military branches) to prepare for a Covid-19-like event that would benefit Big Pharma, Big Business and Bigger Government. Berenson simply dismisses Kennedy as suffering from “wild conspiracy theories.”

Instead, Pandemia argues that a confluence of developments created a sort of sinister serendipity. “The coronavirus epidemic could not have happened a generation ago. Or a decade ago. But not because of the virus.” Instead we can thank technology, a “medicalized society” and the political climate of our time.

The book focuses almost entirely on the U.S. but has wider relevance. Most of the Western world acted like Canadians in blindly following the American example.

Technology allowed lockdown-mandated work and education from home, compulsive testing for insignificantly minute virus traces, and “obsessive” counting and publicity of death numbers that pale in comparison with more than 10,000 heart disease fatalities in the U.S. each week.

That sinister serendipity included an object of virulent hate. “The political-journalistic class all knew who was responsible for the unfolding disaster: Donald John Trump.”

Immediately, unanimously and unconditionally MSM not only hyped the virus but supported official mandates. Certainly, there was money in it. Even before the pandemic Apple, Facebook, Google, Microsoft and Amazon were “all among the world’s largest companies in terms of market value, and enormously profitable, with more than $150 billion in earnings in 2019.” Now they held “an almost unthinkable advantage—a world in which people had to rely on the internet to connect socially, for work, and to shop.

By early April 2020, Berenson writes, analysis of hospitalization numbers made it clear that Covid was far less dangerous than feared, and that lockdowns as conducted in the U.S. and Europe were “useless, if not counterproductive.” Yet media continued to scream “high-octane fear.”

As related by Berenson (“a registered independent whose politics are that it is impossible to be too cynical”), presidential blame-mongering ended with the U.S. Democrat victory. But media continue to blame Republican state governors while excusing their Democrat counterparts. And the scare-mongering continues.

From the outset, media made medical caliph Fauci the beloved “face of the coronavirus response.” This “consummate inside player” had spent decades cultivating his media relationship.

Fauci brought with him lessons learned from his string of failures with HIV: “large-scale epidemics are political as well as medical crises; the media often fixates on death counts; and developing treatments fast is more important than dotting every I or crossing every T. Only the fact that HIV killed nearly everyone it infected, while the opposite was true for the coronavirus, escaped him.”

And from the outset (or decades before that, according to Kennedy), Fauci “had an idée fixe that vaccines would save us all.” 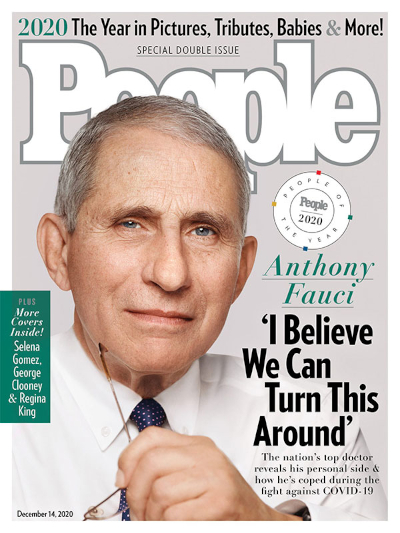 Whether because they genuinely feared the virus, believed it was kryptonite to Trump’s chances of reelection, or both, reporters attacked Trump relentlessly. Meanwhile, they held up Fauci as the real hero of the epidemic. “How Anthony Fauci Became America’s Doctor,” the New Yorker explained in its April 10 [2020] edition. “At White House briefings, it has regularly fallen to Fauci to gently amend Trump’s absurdities, half-truths, and outright lies.” Fauci was supposedly nonpartisan. Elevating him gave the attacks on Trump an apolitical gloss.

And although censorship was hardly new to new media, their heavy-handed crackdown on Covid dissent merged ideology with self-interest. Examples abound in this book, several reflecting first-hand experience of an author who sometimes casts himself as a protagonist.

Even so, the regime brazenly called for even tighter censorship last July in a White House briefing by Joe Biden’s press secretary and the U.S. surgeon general, Berenson reports.

In what might have been the most overt display of bootlicking of Fauci in the entire epidemic (and the competition was fierce), many reporters treated the cache as little more than evidence of how hard he had been working.

“Fauci’s Emails from the Pandemic Show His Stress-Filled Days,” People magazine gushed. “Thousands of emails from and to Dr. Fauci reveal the weight that came with role as a rare source of frank honesty within the Trump administration’s Covid-19 task force,” CNN “reported” in a tweet.

CNN was right, the mail dump was revealing. But what it revealed was not frank honesty.

The e-mails suggest Fauci might have ordered the program to discredit lab leak evidence. 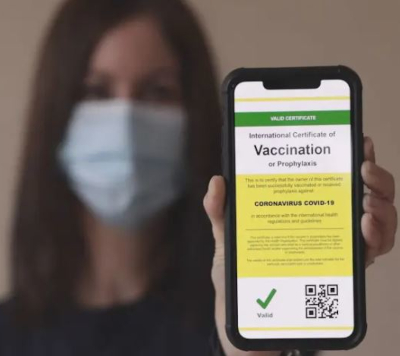 Covid, he says, “quickly became the most aggressive propaganda campaign that democracies anywhere had conducted since World War I, if not ever.”

Really? Did he miss PC’s progression from mindfuck to Gleichschaltung? The decades-long campaign had already reached hysterical zealotry when Covid was just a gleam in a mad scientist’s eye.

Berenson might show some inchoate understanding when he draws this parallel between coverage of Covid and of the Capitol Hill demonstration. To the media, protesters

were not merely rioters or criminals, but rebels, even terrorists. Insurrection became the word that MSNBC and CNN used to describe the riot.

This effort had begun as soon as Covid arrived in the United States, but it accelerated dramatically after January 6.

As the Capitol Hill rebels can attest, however, the dramatic acceleration of regime propaganda began much earlier. Berenson shares Kennedy’s blinkered vision in recognizing only one of two Big Lies, each with frenzied propaganda and draconian enforcement.

On another note, Kennedy’s discussion of “vaccine” alternatives can be considered along with these remarks from Berenson:

Almost two years into the crisis, we have not just failed to find really effective new small-molecule drug treatments for Covid, we do not even know if a long list of cheap drugs that are already widely available might help. Would ivermectin? Who knows? Hydroxychloroquine? Who knows? (Probably not.) Vitamin D? Who knows? Fluvoxamine? Who knows? Albuterol? Who knows?

The only medicine in this category that we know helps reduce mortality is the steroid dexamethasone, and we only know that because of a trial in Britain. Here’s something else we know: the medical establishment, and especially the federal health bureaucracy, have been bizarrely reluctant to consider or test older and cheaper drugs.

Greg Klein is the author of You Can’t Say That: A dystopia whose time has come