John Erik Meyer and the Necessity of Immigration Restrictionist Environmentalism 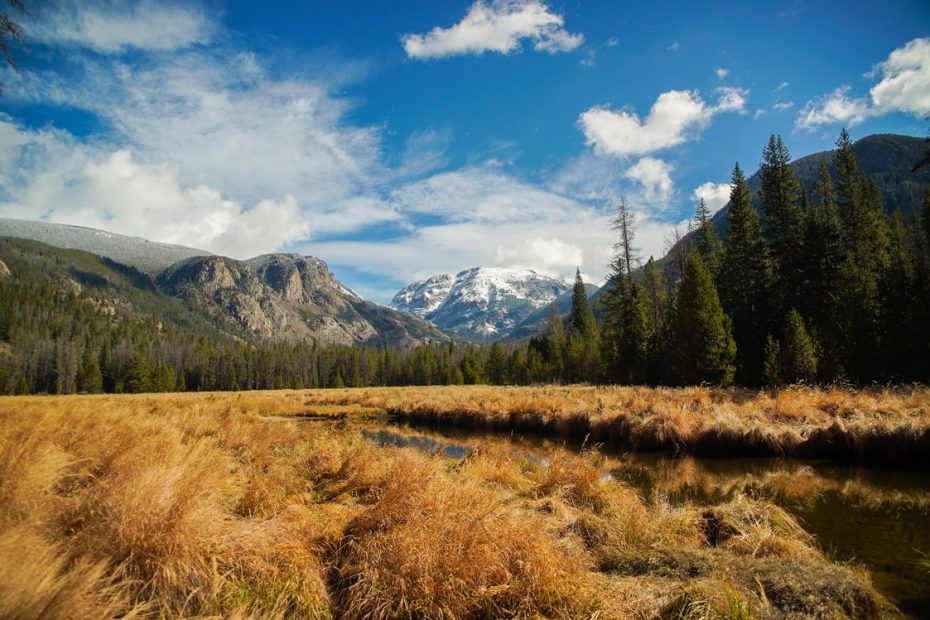 Oh, but how can words express the feel of sunlight in the morning, in the hills, away from city strife? - Don Mclean, Castles in the Sky

I recently came across an article in the Vancouver Sun by Douglas Todd, a columnist who writes about immigration and religion: Radical environmentalists have strong views on immigration. The column deals with two prominent Canadian environmentalists who have come out in favour of immigration restriction because of the toll increasing Canada’s population through immigration takes on the natural world.

In the early 2010s, David Suzuki started voicing skepticism about the effects of continually adding large numbers of immigrants to the population, including brain drain negatively impacting the Third World and environmentally damaging population growth in Canada. The Conservative government at the time opportunistically denounced Suzuki, with then-immigration minister Jason Kenney calling Suzuki’s position “xenophobic”. Steve Lafleur, Assistant Director of Research at the Frontier Centre for Public Policy, called Suzuki’s skepticism of mass immigration “baseless” and “irresponsible”. Lorrie Goldstein of the Toronto Star called him “anti-West”. Since this controversy, Suzuki has dropped his public opposition to mass immigration, focusing on the less controversial issues of climate change and conservation.

Meyer’s website, Canadians for a Sustainable Society, calls on the country to “adopt a Better Canada strategy rather than a Bigger Canada strategy. Abandon the futile and destructive goal of growth forever.” Under the Environment tab, he delineates the top issues facing the environment in Canada and, in the case of several topics, the percentage of this problem caused by immigration or foreign companies:

The reasoning behind these numbers is easy to understand. Most of Canada’s population growth is caused by mass immigration, and this growth contributes to increased resource consumption and the expansion of large cities. I was unaware, however, of the interesting fisheries statistics. Although the collapse of the Atlantic cod stocks is often understood to be mainly the result of irresponsible fishing by Maritimers, the truth is that “foreign industrial fishing fleets were responsible for most of the rapid increase in catch which led to the collapse of the cod fishery. If left on its own, the Canadian domestic fishing industry would have taken longer to destroy the resource.”

What this indicates is that Canada’s environment can only be preserved through immigration restriction, combined with strong restrictions on foreign resource extraction in certain industries like fisheries. If this was carried out, Canadian population growth would flatten or decline, and our industries could extract the resources we need to consume and sell abroad in a more sustainable way.

Although most environmentalists today are in favour of immigration, the conservation movement in North America has historically been against large-scale immigration. The Sierra Club, one of the largest environmental organizations in the United States, maintained a firm opposition to large-scale immigration from its inception in 1892 until the 1990s. In 1989 the Sierra Club adopted the position that “immigration to the United States should be no greater than that which will permit achievement of population stabilization in the United States”. Since the ’90s, the group has gradually, and then quickly, drifted towards the cultural Left; in 2021, it actually disavowed its founder John Muir based on allegations of racism. This has been the course of the environmental movement generally; a movement once opposed to immigration fueled population growth is now under the influence of open-borders activists.

In fact, the link between immigration restrictionism and environmentalism goes back to the origins of the North American conservation movement itself. Madison Grant (1865-1937) advocated for restricting immigration from Eastern and Southern Europe and a complete ban on Asian immigration in addition to his efforts to save the bison herds from extinction, to prevent the logging of the last California Redwoods, and to establish several national parks. In 1979, one of the most prominent American immigration restrictionist groups, the Federation for American Immigration Reform, was formed by local Sierra Club official John Tanton.

Some environmentalists on the far Left have also endorsed immigration restrictionism in the past. A “Deep Ecologist” activist, Dave Orton, has argued that it’s possible to support limits to immigration in a way that “has nothing to do with fascists who seek controls on immigration or want to deport ‘foreigners’ in the name of maintaining some so-called ethnic/cultural or racial purity or national identity”. Dave Foreman, co-founder of Earth First, a direct-action group, was forced out by his own organization for taking an anti-immigration stance. Earth First now takes the open-borders position that borders are “scars on the earth”. 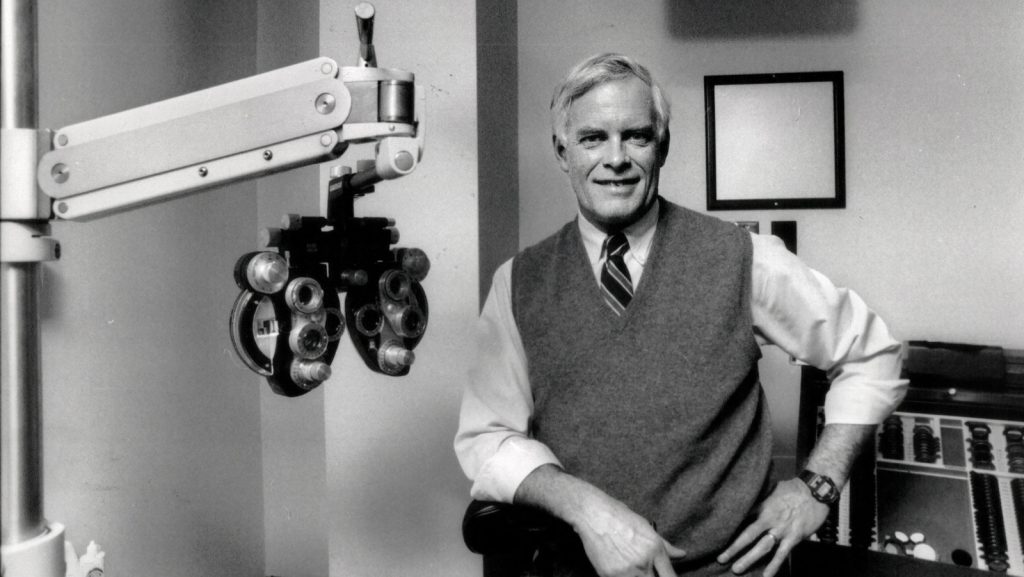 Let’s return to one of the environmentalists who still believes in immigration restrictionism.  Meyer’s website also analyzes other negative effects of mass immigration. Under the Economy section, his website discusses the major economic prblems Canada faces and, in keeping with his scientific way of looking at the world, again provides a percentage breakdown of the contributing factors. From his analysis, we learn that mass immigration accounts for 25% of the contributing factors causing high unemployment and low job quality in Canada. Meyer explains that “our policy of mass immigration has caused a labour glut for most of the past 40 years”. I have also written about the negative effects of immigration on the economy.

Meyer also briefly analyzes the economic effects of the Temporary Foreign Workers program. The TFW program is not actually within the direct purview of Canadians for Sustainable Growth, but Meyer explains that it “hits on so many of the misguided policies which are leading the country on a downward spiral that we felt we had to address this program specifically”. Although personal debt and minimum-wage work is increasing and wages have flat-lined since the 1960s, “the increase in the number of Temporary Foreign Workers was more than 80% higher than the total number of new full-time jobs created for Canadian workers up to the age of 29”.

What this means is that TFWs are in direct competition for jobs with Canadians. Meyer finds it “incredible” that “in a very poor labour market, people charged with the responsibility of improving Canadian well-being and maintaining fiscal balance would allow and even promote the displacement of Canadians by cheaper foreign workers”. I also find it incredible, and have written about the issue here.

Housing is another issue intimately linked to immigration. For some time now, I’ve noticed that affordable housing has become a central issue for leftist activists. They maintain that everyone has the right to a decently priced house, or at the very least somewhere with a reasonable rent. Responding to the concerns of these predominantly urban activists, the NDP promised in the last election to build half-a-million homes. The problem with the approach of building more homes is that we keep adding more immigrants annually. Meyer points out that house prices are driven by demand, and immigration constitutes 80% of the demand in Canada and 100% in the big cities when taking into account the outflow of Canadians from these cities.

Meyer reveals that this uninterrupted flow of immigrants into Canada means that we will need to build 25 million houses and apartments over the next century. Without dwelling on the negative effects on home prices and rent rates, which are obvious, we can consider the social and environmental effects of this endless inflation of the demand side of the housing market. This ties into the central thesis of Canadians for Sustainable Growth: Canada is stuck in an endless growth model. Meyer foresees a country that is never at rest, always churning out new developments, apartment complexes, shopping malls and big box stores; endless construction to provide for the needs of a population imported from overseas.

To be clear, there is nothing intrinsically wrong with a city, even a relatively large city. However, there are inherent problems with the increased urbanization which is disrupting the harmony of the previously livable cities of Vancouver, Toronto, Montreal, Victoria, and others. These formerly medium-sized cities with moderate congestion and plenty of forested areas ringed by farmland provided all the desired luxury and culture (operas, great libraries, museums, interesting bookstores, and cafés) while not imposing themselves excessively on the wild lands dotted here and there and the surrounding small towns and farms.

The younger generations on the political Left, often well-integrated into and appreciative of North America’s post-industrial, racially and culturally diverse, globalized cities will contend that the idea of our cities being radically more pleasant in the past amounts to a latently fascist nostalgia for a time that never existed. It doesn’t take much to dispel this notion. A conversation on this subject with someone older than the Millennial or Gen Z generations who grew up in one of Canada’s big cities will likely result in a good deal of reminiscing about the way that the city used to be; their memories of climbing trees where there are now apartment blocks, of fishing in a now polluted river, of cruising down an uncongested Yonge Street on a sunny afternoon. Their pleasant memories of the way our cities used to be is a testimony to the destabilizing effects of Canada’s new commitment to population growth through immigration, and is thus ignored by the media and talking classes who are fully supportive of the alleged economic and cultural benefits of large-scale immigration. 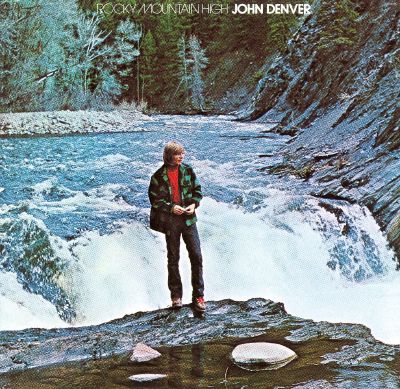 Now his life is full of wonder, but his heart still knows some fear Of a simple thing he cannot comprehend Why they try to tear the mountains down to bring in a couple more More people, more scars upon the land. – Rocky Mountain High, John Denver

There was a harmony to Vancouver while it was growing sustainably. Mass immigration from Asia, India, and the Middle East, however, has meant that the previously forested part of the mountains on the North Shore are receding upwards at a remarkable rate as new houses are built. When I was growing up in Vancouver, I would look up at the mountains every now and then and feel a gnawing anxiety at the new houses gobbling up the coastal wilderness which I loved, and continue to love, so much. Once me and a few friends snuck off unnoticed into the forest during an activity at a school wilderness camp on an island off the B.C coast and sat beside a mountain stream. There is nothing like the silence of being surrounded by a forest, and it compelled one of my fellow escapees to philosophize: “Most people in the world would kill for this”.

This recognition that we have something special here in Canada, and the desire to protect what remains of it, is central to our movement at the Council of European Canadians and John Meyer’s Canadians for a Sustainable Society. Consider this a formal invitation to all immigration restrictionist environmentalists to join our movement. It’s long past time to set aside our differences to preserve our culture and our environment from the dominant ideology of endless growth through immigration.

Canadians for a Sustainable Society: https://sustainablesociety.com/