Dissident Right Should Adopt the Obfuscatory Tactics of the Left 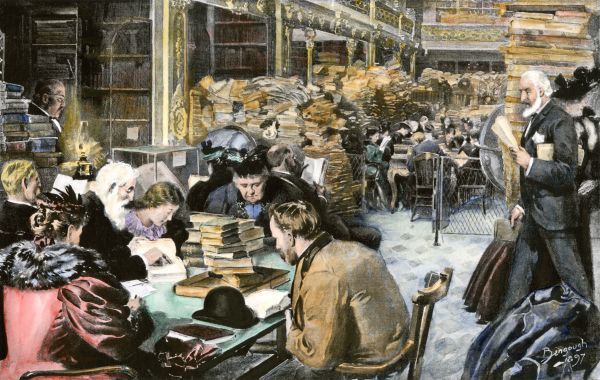 Naysayers are busy writing obituaries for the dissident right, even though the right tactics can unleash its potency.  Across the political spectrum, people are demanding an alternative to the present left-right dichotomy, hence dissident writers are poised to rebrand the movement as a plausible option to the status-quo. Though for this project to be successful thought leaders must shed dogmatism. Instead of being explicit about our aims, we ought to intricately weave them into the social fabric by producing content that mainstream people will find palatable.

Political advocacy is a mature artform requiring the artist to convey nebulous messages to his audience. The truth of the message is quite irrelevant, the interpreter should only think that his perception is accurate. As such, we must disseminate our messages in such a lucid manner that people appreciate the content without deciphering the latent intent. Leftists are competitive in politics because of their adroitness in exploiting the gullibility of ignorant people.

For the dissident right to be aware of these shenanigans and approach politics on a cerebral level suggests that the movement is delusional. A case in point is that Donald Trump won by appealing to the guttural instincts of American voters despite lacking a coherent philosophy and he would have defeated Biden had he remained focused. The esoteric content of the dissident right is a deterrence to expanding the movement.

There is no reason for intellectuals in the movement to insist that ordinary people should comprehend their philosophical ruminations. As intellectuals, their job is to pen sophisticated material to guide the leaders of the movement, but when writing for the public, their task is to connect with the audience by distinguishing themselves from opponents. Moreover, when criticising opponents, the direct message of their philosophy must remain cryptic.

Revealing yourself to be an outright challenge to the establishment will only succeed in the marginalization of status. For instance, white advocacy is the bete noire of the intelligentsia, so to preclude powerful forces from curtailing the dissident right, when discussing white identity politics, white advocacy must be couched in the humanness of tribalism. Humans are innately tribal creatures so expecting white people to envision separate communities is consistent with our shared humanity.

Deliberately embracing white advocacy is only cultivating contempt for the movement. By extolling the universality of tribalism, we can eventually engender sympathy for white nationalism. Segregated communities in colleges these days are not unusual. Therefore, it is insensible to bewail the rise of these communities when thought leaders should be leveraging this development as an example to indicate that preference for one’s racial group is normal. The normalization of white nationalism is the logical consequence of educating people to accept the normality of tribalism. When dissident activists collaborate with mainstream conservatives to malign anti-racist provocateurs for supporting cultural segregation, they do the movement a disservice.

Conservatives envision a society where the primacy of race is severely diminished, but this is a false ideal. After all, even when whites ignore the question of race, other groups will use it as a tool to incite conflict. By observing the issue logically, it becomes apparent that anti-racist activists are of greater value to white nationalism than conservatives. Minority activists have the latitude to express racial pride without condemnation. Hence by appropriating the propaganda of anti-racist activists white nationalists can craftily elaborate a case for white nationalism.

The philosophy of anti-racism contains useful tools to advance the agenda of white nationalism. When activists denounce mathematics, science, and western culture as racist this is actually a boost for the dissident right. Implicit in this assumption is the reality that there are many cultural and personality differences based on race, and therefore, imposing Western standards of conduct on non-western groups is imprudent. In 2020, the Smithsonian’s National Museum of African American History was reprimanded for suggesting that major cultural features of the West such as the nuclear family, individualism, delayed gratification and the preference for rational thinking reflect white supremacy.

Despite the controversy, the Smithsonian is partially correct, because the cultural features of the West like individualism and delayed gratification are correlated with success and as Joseph Henrich points out in his fascinating book The WEIRDest People these traits are not equally distributed across the globe. Obviously, some non-whites exhibit a preference for these dispositions, but on average most people are not like White Westerners and expecting them to comply with Western norms is indicative of supremacist thinking.

Although superiority is not based on race, the traits displayed by whites in the West are superior for conducing human flourishing. Yet the New York Times in a report on anti-racism reveals that trainer Marcus Moore thinks that black students are punished by the standards of Western culture: “Moore expounded that white culture is obsessed with ‘mechanical time” – clock time – and punishes students for lateness. This, he said, is but one example of how whiteness undercuts Black kids.”

Again, Moore is an asset by demonstrating the fallacy of imposing Western standards on some groups. Instead of complaining that cultural relativism is nonsense, dissident thinkers ought to respect the expression of retrograde cultures even if they induce poverty in some quarters. The motive for doing so is to confirm the thesis that some groups are misfits for Western civilization. Arguing for the superiority of Western culture can be conflated with racism, so dissident thinkers should use the consequences of relativism to justify the superiority of the West.

Furthermore, the success of relativism can remove the focus from systemic racism as a cause of disparities. However, this will not shift energy to cultural reform, due to the cowardice of white policymakers, but rather will result in the deployment of affirmative action programs to remedy the situation. Obviously, this is not the preferred result, but the political benefit is that white people will no longer be scapegoated for the failures of other groups. Small victories must be celebrated before achieving spectacular feats.

In politics, one must endure concessions for the greater goal of viability. If dissident thinkers change their approach by adopting the obfuscatory tactics of the left, slowly but surely, seemingly radical ideas, will become normalized.