A Convoy Comes to O-Town 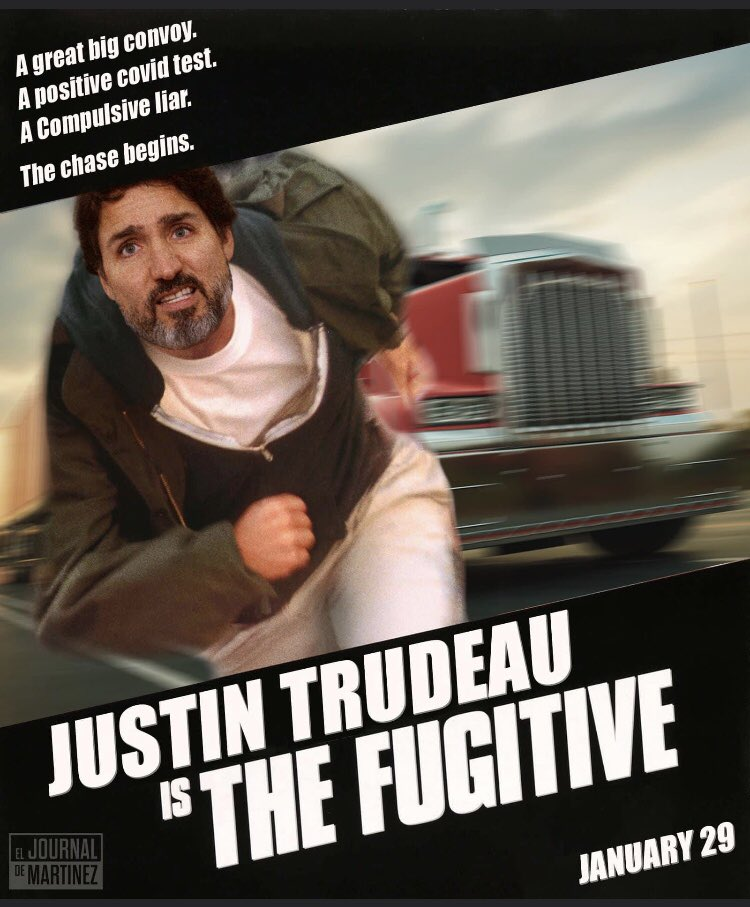 Ottawa, “the city that fun forgot,” is about to have some big-time excitement! Truck convoys from across the country, some of a size unprecedented anywhere in the world, are making their way to our nation’s capital, to assemble on Parliament Hill at noon on Saturday, January 29, 2022. May that day go down in history!

How big will this convoy convention be? Huge! Some of the convoys are many kilometers long. They have departed from Vancouver and places north in British Columbia, from all the other western provinces, and from many points of origin in the east. Estimates of the number of trucks involved are as high as 50,000 – and there will be supporters arriving in other vehicles. Such a massive gathering cannot possibly be limited to the stretch of Wellington St. in front of the Parliament buildings, so we can expect gridlock and blocked streets in the downtown core. The length of time the truckers will stay has not been set, and no one has any idea of exactly what will happen. It seems prudent for Ottawa residents to prepare for at least a week and maybe longer of uncertainty and possible chaos – depending on the truckers themselves, the politicians including an intransigent prime minister, the reactions of law enforcement, and supporters of the truckers, as well as their detractors, possibly including agents provocateurs.

What brings the truckers to Ottawa in such a show of unity? The trigger was a federal government mandate that every trucker had to be vaccinated against Covid-19 in order to return to Canada from the US. An unvaccinated Canadian trucker would have to be tested and isolated, and an unvaccinated US trucker would be denied entry. The US has similar requirements for Canadian truckers. Given that, according to official figures, 10 to 15 percent of Canadian truckers and about half of US truckers are unvaccinated, this would have a major impact on truckers’ jobs, on the trucking industry, on supply chains, and on products, including food, on store shelves. And so the truckers are coming here to make their voices – and presumably their horns – heard.

But the vaccination requirement for truckers is by no means the entire issue. This congregation in Ottawa is about much more than the violation of bodily autonomy through the forced vaccination of truckers – and everyone else for that matter – bad as that might be. It is a message to the prime minister and politicians in general that Canadians have had enough of government fearmongering about Covid, of using Covid as an excuse to trample on their Charter rights, to put them into unending cycles of lockdowns, destroy livelihoods and deprive citizens of freedom of movement, hinder their travel, and disrupt their children’s education. Canadians have had enough of the prime minister calling them names if they disagree with the government’s narrative about Covid or the safety of the vaccines. 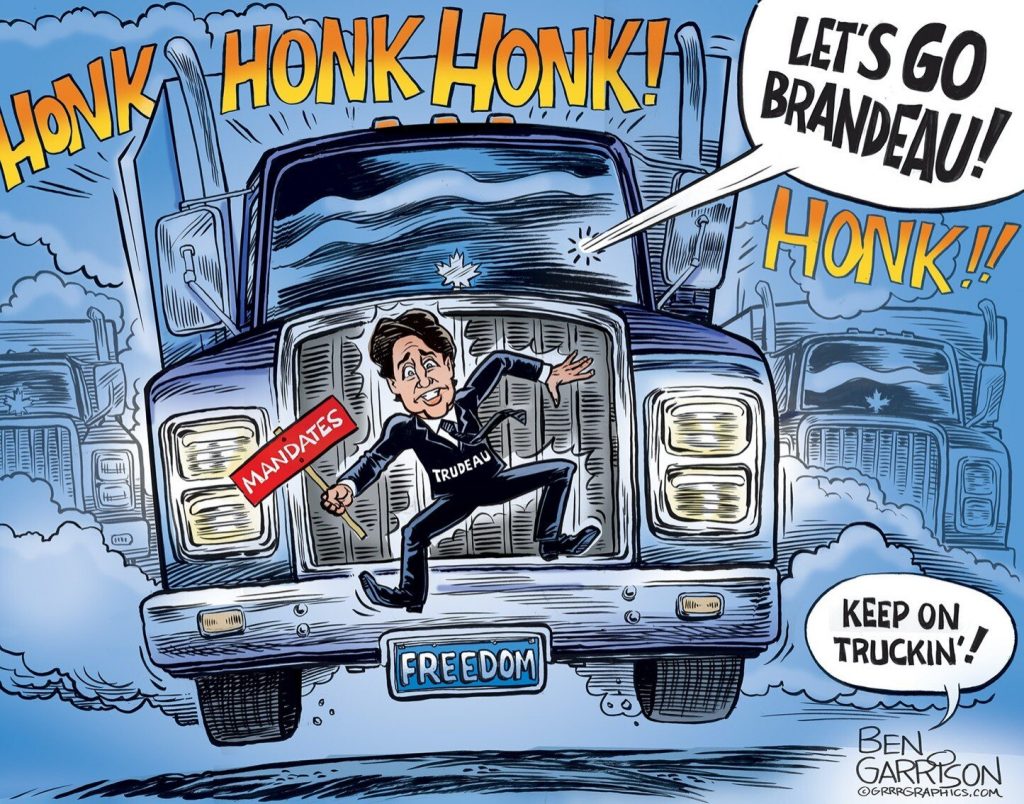 And beyond that, Canadians are sick of the continuing and relentless deconstruction of their country. Many Canadians may not be very familiar with the lingo surrounding the neo-Marxist negation of their culture, their history, and of themselves as a people. But they see what is happening on the ground. They are noticing that the names of Canada’s founding father, Sir John A. Macdonald, and many other people who made Canada what it is, are being removed from buildings, schools, university halls, parks, and street signs. They notice how language is being twisted and controlled, how once mainstream views are portrayed as “far right” and unacceptable, how their children are being brainwashed to reject Western cultural values. They are tired of “cancel culture,” “political correctness,” and of their history being portrayed as an endless litany of racism, xenophobia, and oppression. They are tired of a prime minister who doesn’t miss an opportunity to disparage the country that he allegedly leads.

That these trucking convoys are about much more than forced vaccines on truckers and Canadians in general (it is worth repeating how evil that is in itself) – is evidenced by the massive number of ordinary Canadians from towns small and large across the country who are braving frigid temperatures and icy winds to cheer on the truckers, waving their flags and placards from overpasses and for many miles along roadsides. It is obvious that this is no small fringe minority, much as Trudeau might insist that it is, and that many Canadians hold views that he has described as unacceptable. The fact that truckers from the US are planning to join the convention in Ottawa suggests that this is about more than 18-wheelers crossing borders. Any US trucker who attends would of course have to be vaccinated.

Government authoritarianism justified by the Covid “emergency” is not unique to Canada. All Western countries that would once have been described as “free” or “democratic” have seen a power grab by governments and a suspension of the rights of their citizens. There have been massive demonstrations in many cities around the world against vaccine mandates and lockdowns by governments who sometimes seem to be operating in Lockstep. The bought-and-paid-for mainstream media (heavily subsidized by governments or supranational organizations like the EU) have mostly ignored these protests, and if they get any coverage at all, the demonstrators are generally dismissed as “extremists” and their numbers are vastly underreported. But the narratives around Covid have been starting to crumble under an avalanche of facts brought to light by dissident doctors and medical workers, as well as other citizens, through the alternative media. The “alternative facts” – also known as “the truth” – are starting to become more widely known despite blatant censorship by governments and Big Tech. Some countries are now lifting Covid-related restrictions, but Canada’s government is digging in its heels. 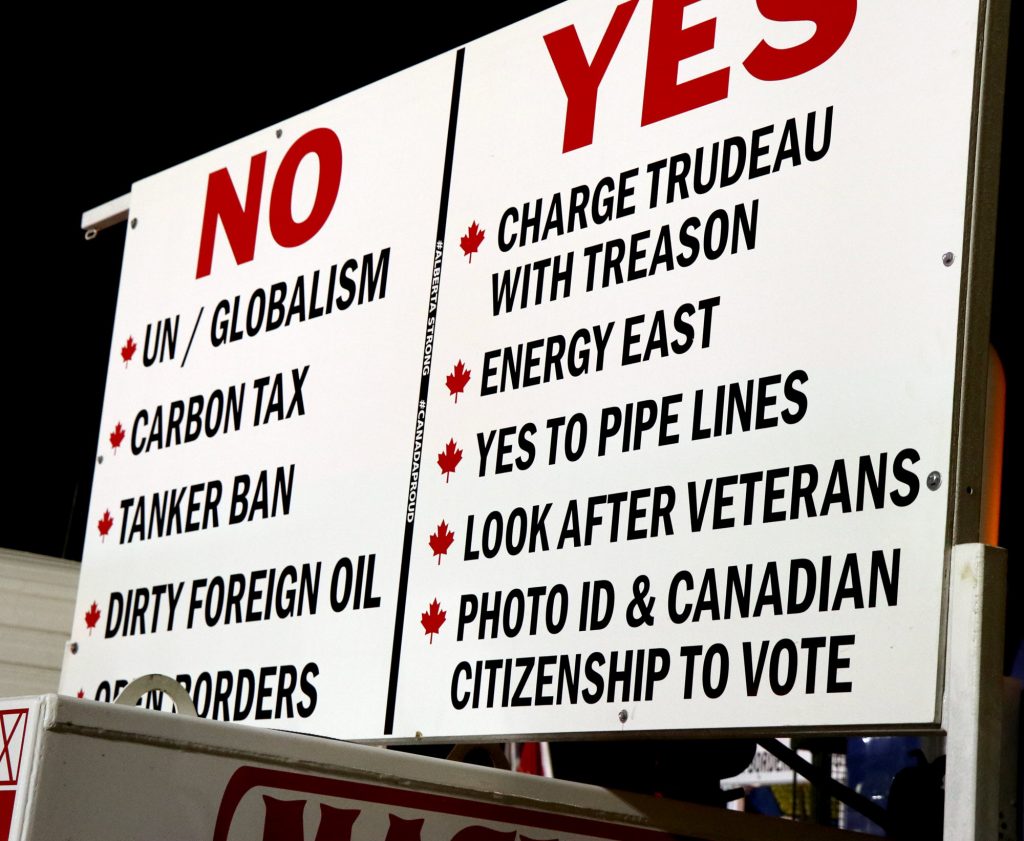 Many people think that Covid-19 is actually an element of a revolution led by a cabal of globalists. This revolution is called the Great Reset and would see a massive transfer of wealth and power from individuals and independent businesses to governments, supra-governmental organizations, and corporations, all controlled by the “elites.” Participating organizations include the World Economic Forum, the United Nations, Big Tech companies such as Google, Facebook, and Twitter, Big Pharma companies such as the ones supplying the Covid vaccines that we under relentless pressure to take, and other international corporations. The most prominent individuals promoting the Great Reset, whether openly or by their actions, include Klaus Schwab (founder of the WEF), George Soros, Bill Gates, and Anthony Fauci. (Klaus Schwab, together with Thierry Malleret, has actually written a book called Covid-19: The Great Reset, published in 2020.) The individuals who are the public face of the Great Reset are not necessarily at the highest echelons of control – presumably those “supreme leaders” prefer to remain in the shadows. Whether or not the outbreak of Covid-19 is the “plandemic” that many claim it is, it is an undeniable fact that it has delivered a massive blow to the personal freedoms we once took for granted, has destroyed many small and mid-sized businesses, and has bankrupted and demoralized an uncountable number of people, while large corporations have prospered and a massive amount of wealth has been transferred to the richest people in the world.

If there is any truth to this, which some dismiss as a “conspiracy theory,” then these convoys of trucks are not just a protest, they are a counter-revolution. A counter-revolution of the little people giving the finger to the globalists and their puppets in governments from the federal level on down. A counter-revolution of citizens demanding their rights back from their governments and demanding their countries back from the new-world-order globalists. It is as if a long quiet underground rumble of Canadian discontent had suddenly become a roar on the highways of Canada. Politicians have long ignored and dismissed this rumble, whose manifestation now threatens to at least temporarily lay siege to the nation’s seat of power.

It is by no means certain what will happen in Ottawa on January 29th, 2022, and beyond, and the tension from that uncertainty hangs thick in the air. But as someone who has become increasingly anxious over the past decades as our Charter rights have been trampled underfoot by “the long march through the institutions,” and even more so while awaiting whatever new edicts the federal, provincial or municipal governments might impose, especially on the unvaccinated, I can say this: The roaring of the engines and the honking of the horns of those trucks sounds to me like the pounding of hooves as the cavalry rides to the rescue.

May those truckers have a great success on their mission. This convoy convention is not just for them. It’s for all of us.

Madeline Weld is Chapter Leader – Ottawa/ACT! For Canada. This article was originally posted at ACT! FOR CANADA