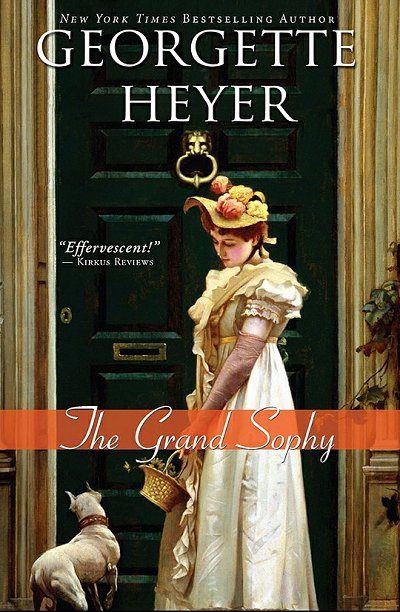 Georgette Heyer (16 August 1902 – 4 July 1974) was a bit of a pistol herself. She wrote her first Georgian romance at the age of 17 in 1919, The Black Moth, which, when it was published in 1921, was immediately a hit. It was also the first shot in what went on to be a library of more than 50 works, romance and detective fiction, and historical non-fiction.

Her later romances were set in the Regency period (1811-1820), as were Jane Austen’s six books, and the comparison between the two makes one think Jane needed to get out more. Heyer’s characters speak in broad accents, refined language, boxing slang, underworld cant and in complex period construction that drags the reader back two hundred years at the turn of a page. Some reviewers criticize Heyer for too much research and too much accuracy; a hilarious criticism if ever there was one, like declaring a woman too beautiful or a photograph too realistic.

Other critics say her works are formulaic. Her biographer, Jane Aiken Hodge, said The Black Moth contained many of the elements that would become standard for Heyer’s novels, the “saturnine male lead, the marriage in danger, the extravagant wife, and the group of idle, entertaining young men”. Well, true enough, but that isn’t the point. Heyer played the same characters against each other, over and over, rewinding the interplay of power and brains, in order to fine tune her ideas on male/female relationships.

Indeed, I’ll make the point her Georgian and Regency romances aren’t about that era at all, but of any era, any period in which the assumptions of men and women collide in shouts and tears, in misunderstandings and reconciliations, indeed, in the basic biological interplay we all know only too well from our own experience. That she draped these struggles in the attractive clothes of aristocratic men and women of another era was simply a device. The issue, then and now is of the difference between male and female thinking.

Which brings me to The Grand Sophy, or as she can more properly be called Sophia Stanton-Lacy, who at 20 has been traveling around the continent from Portugal, to Vienna to Paris in the wake of her diplomatic father, Sir Horace Stanton-Lacy, running his household in lieu of her dead mother, meeting all manner of senior army and government officers, learning to shoot, and becoming a talented ‘whip’ with even spirited horses. In short, she has been raised as a boy and treated as a hostess, making her a very talented young lady.

I’m going to let you read this book, and the others, because such enjoyment is best tasted undiluted, but I think I understand where Heyer is going in her thinking. She believes women need to have extraordinary skills—dancing, shooting, horsemanship, language in Sophy’s case—but that they don’t need to compete with men in a kind of battle of the sexes. She thinks of them as reserve skills, ready to be utilized when and if needed, but not flaunted or featured.

These skills show the man in the case what she is capable of, what she can do if put to it, which makes the bemused individual realize the attractive flower he is pursuing, has strength of character, bravery, and skill. If more women sharpened their abilities, and played to the front when needed, more men would give them the respect they deserve. Instead they try to put men down, with predictable results.

One final point; I agree with Heyer, not just on her general thesis, that being a wife and mother is the ultimate skill, but specifically, that women should be armed whenever they wish, because a pistol makes plain despite their weakness, women are equal to men. Male/female relations would be a good deal more polite if the average Sophy today was like this beauty so many years ago.