The University Of Austin Is Not A Solution To Wokeness: It May Create A New Echo Chamber 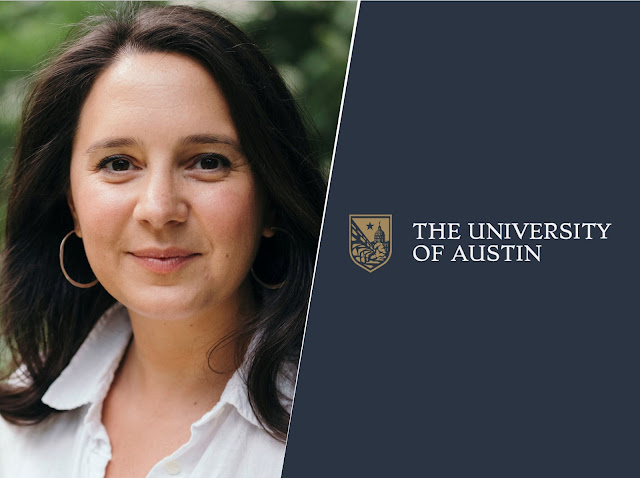 Overwhelmed by the procrustean atmosphere of the contemporary university, self-styled contrarians led by Bari Weiss have decided to launch a new university in Texas called the University of Austin. The decision is widely heralded as an antidote to the virulent conformity engendered by major universities. As the mobbing of Kathleen Stock, Dorian Abbott, and Charles Negy demonstrates, universities are becoming inhospitable to free thought.

Due to the fragility of students and administrations, academics can be sacked for mundane declarations. British philosopher Kathleen Stock voluntarily ejected herself from the University of Sussex in response to militant protests orchestrated by students who condemned her for arguing that one’s biological sex is immutable. Currently, Professor Stock is being lionized for uttering an obvious observation by supposedly dissident thinkers and this is exactly why the University of Austin will be unable to combat political correctness.

Bari Weiss is best known as an advertiser of the Intellectual Dark Web. For those unfamiliar with the designation, it entails academics unwilling to comply with the tenets of identity politics. However, criticizing wokeness does not make one a renegade intellectual. Sensible people agree that students ought to be judged on merit, so by no account can we consider Dorian Abbott as a radical for rejecting diversity as a measure to evaluate students. Likewise, Charles Negy submitting that the plight of black Americans is not a consequence of systemic racism does not make him controversial.

The banality of the Intellectual Dark Web is only deemed to be heretical because we are living in an age of hypersensitivity. If students are infuriated by the anodyne assertions of mainstream scholars, then establishing a school to counter this insipid outlook cannot be construed as revolutionary. Bari Weiss and Company are basically the heirs of classical liberalism expressing beliefs that are still palatable in polite circles.

Not even the revered Jordan Peterson should be depicted as a radical. Jordan Peterson was catapulted into the limelight after renouncing a controversial Canadian law promoting gender confusion. The narrative of Jordan Peterson abrades the prevailing orthodoxy, but when mainstream culture is intellectually inept, critiques reflect common-sense, not insight. Influential outlets flood the internet with criticisms of the Intellectual Dark Web since doing so enables gatekeepers to establish Jordan Peterson and his ilk as deplorable characters thereby diverting attention from truly contentious thinkers like Paul Gottfried, Ricardo Duchesne, Edward Dutton, Jared Taylor, and Kevin Macdonald.

Obviously, I don’t subscribe to all the ideas espoused by these figures, but they are willing to interrogate divisive issues. Gottfried has analyzed the infamous Carl Schmitt at length and a slew of other thinkers seen as unsavory by polite society. On the other hand, Ricardo Duchesne has emerged as the most eloquent and passionate defender of Western civilization, since the demise of Samuel Huntington and David Landes. Moreover, unlike his predecessors, Duchesne has expanded the debate by defending the whiteness of Western civilization. Similarly, Edward Dutton is a prolific author whose research probes a wide spectrum of issues. Dutton tackles everything from racial differences in ethnocentrism to why Finland is not more innovative, despite its high national IQ.

The infamous Jared Taylor requires no introduction. Taylor is the founder of American Renaissance, a publication dedicated to advancing the interests of white people. Taylor has written on racial differences in the distribution of personality traits and opines that the founding fathers imbued a strong sense of white consciousness. Probably, the most despised of the group is Kevin Macdonald, a distinguished evolutionary psychologist regarded for his work on monogamy and denigrated for conceptualizing Judaism as an evolutionary strategy aimed at disrupting Western civilization.

Now, endorsing the arguments spouted by these personalities is irrelevant, however, an institution committed to intellectual diversity would employ them as Professors or guest lecturers. Unfortunately, the ideas articulated by this crew are too subversive for polite quarters, and it is unlikely that such thinkers will be courted by the University of Austin. Although the philosophy of Cornel West is distinct from this circle, a serious university would also engage him as a radical man of the left. Employing polar opposites like Edward Dutton and Cornel West would position the University of Austin as a stellar example of intellectual diversity.

Contrary to media stories, the IDW still reflects the spirit of polite society. A case in point is that The Root and Next Shark advocate the interests of blacks and Asians respectively, but they are never perceived as contemptible publications like Amren and CounterCurrents. Though tribalism is a biological reality, all groups are allowed to express racial pride with the exception of whites. Like the left, acolytes of the IDW oppose white consciousness. Jordan Peterson, for instance publicly ridiculed Ricardo Duchesne for suggesting that Westerners ought to cherish the uniqueness of Western culture. According to Peterson’s reasoning, the accolades achieved by our intellectual predecessors occurred without our input, so there is no reason for Westerners to extol pride.

Yet, blacks are encouraged to claim the achievements of African empires like Mali and Songhay as part of a broader cultural legacy. Intriguingly, books like Stolen Legacy (1954) and They Came Before Columbus (1976) inculcate false pride in blacks by cultivating the propaganda that blacks were the true progenitors of Greek philosophy and the Olmec civilization. The double standard is remarkably jarring. Whites are precluded from celebrating concrete achievements, but Afrocentrists can pollute the internet with dubious theories and even acquire positions at prestigious institutions when their qualifications are questionable like the late Yosef Ben Jochannan.