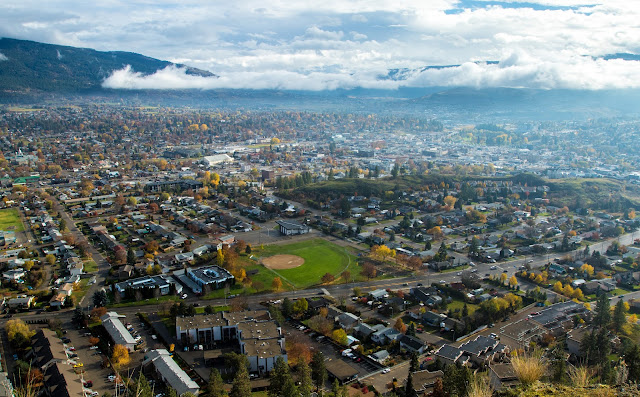 The New World Order is in the process of transforming the larger cities of Canada into sprawling, globalized megacities filled with masses of immigrants from Asia, the Middle East, and Africa. Furthermore, in the soon to be megacities of Vancouver, Toronto, and Montreal, the citizens are witnessing the imposition of a biosecurity police state with cellphone tracking, QR codes, and vaccination passports – all under the premise of public health.

Now that the structures of a public health, medical police state have been put in place, the corporations and various levels of government that have been employing them can utilize them in the services of a multicultural police state. Dissidents against globalism in the big cities will soon be up against every tool of the technological industrial state. With the coming imposition of new hate speech legislation by the federal government, we the Canadian patriots and lovers of Western Civilization will soon become official enemies of the state (we have to some extent already; this will be a formalization and worsening of the processes of demonization and discrimination we are currently facing).

When I walk through Vancouver on my trips back there, I see that the city has been turned into a branch-plant of the New World Order. The banks have put up massive copies of the new Transgender/BLM/Rainbow combination flag. Multicultural propaganda is on the walls. The university campuses, indoctrination centers of the Great Replacement agenda, produce an endless stream of radical leftist students who agitate for immigrant and transgender causes around the city. The gleaming glass towers of the multinational corporations look out approvingly at these student radicals, unwitting street soldiers for global finance. 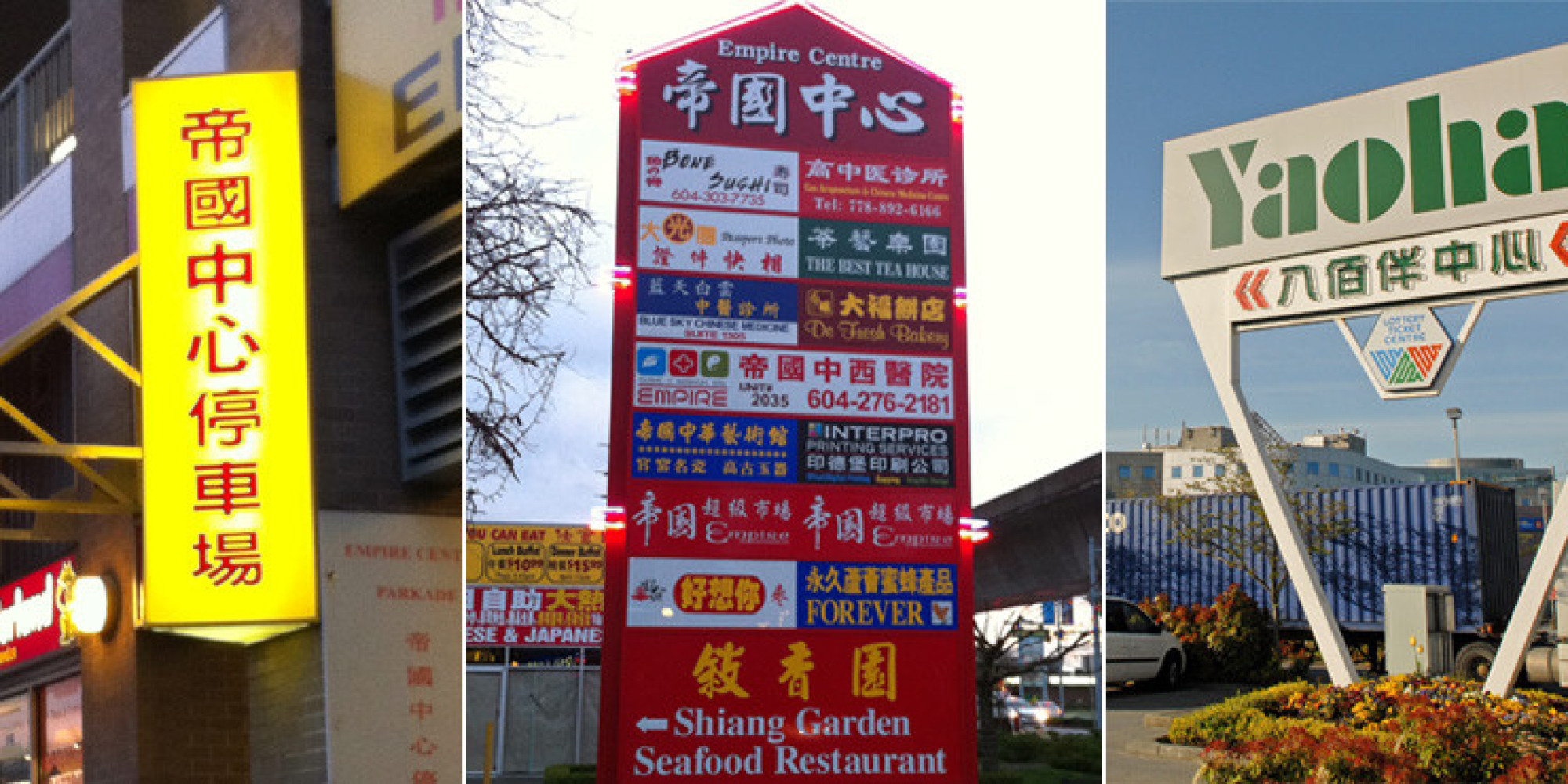 We need to leave the cities. We need to establish physical distance between ourselves, and the globalist power structures. Most of our time, resources, and energy must be spent on waking the Canadian countryside up and igniting white identity in the rural areas. There are millions of whites spread out in these areas. By and large Christian, traditional, often Old Stock, these real Canadians drive pickup trucks, own guns, and are fond of their way of life. They fly Canadian flags on their properties and don’t use PC language. What’s more, they are really, really, angry. We saw during the past election campaign how many of them gathered at Trudeau’s rallies to protest. Crude, rude, and uncultivated, they flipped him off, swore at him, and held large “Fuck Trudeau” signs. They totally disagree with his anti-Canadian, anti-white, post-national, biosecurity police state apparatus. It’s not just his ideology; they hate the man. He is the physical embodiment of everything they are not: a beta male who betrays his people and cries for the camera for the alleged sins of Canada’s past.Meanwhile, the city population itself has been transformed. Vancouver is minority white. The high numbers of illegal immigrants, “temporary” foreign workers on their way to becoming citizens, international students on their way to becoming citizens, and visa overstayers means that whatever the current demographic statistic is for the city, you can lower the white percentage by at least 10-15 points. Go to any beach or park and you’ll see how bad it’s gotten, whatever the official government statistics say. The remaining whites are in the process of being brainwashed. The large number of students at the many elementary schools, high schools, and at the University of British Columbia are subjected to a continuous stream of anti-white indoctrination. Take a walk through UBC campus and you’ll see a huge number of mixed race couples; the result of globalist brainwashing. 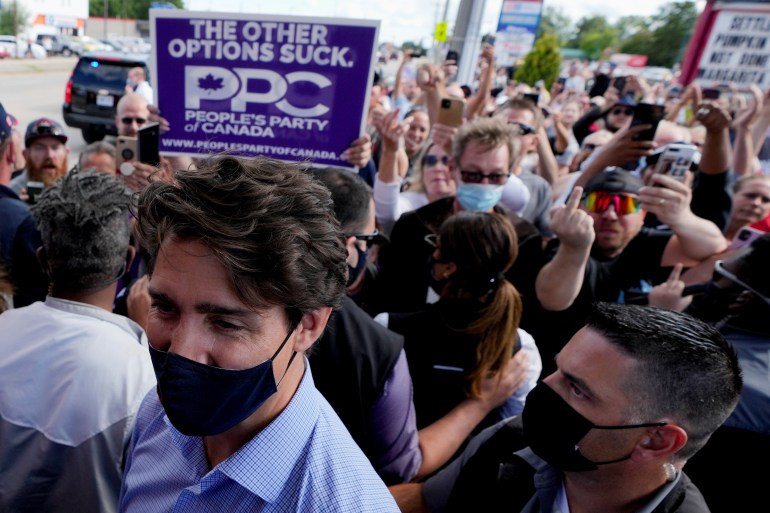 I don’t claim to speak for every province. Each provincial wing of the Euro-Canadian movement must decide which cities are worth taking a stand in. Maybe Quebec City is worth it, perhaps all or most of the major Maritime cities are worth it, and so on. I’m speaking about the major globalist-controlled cities. Patriots from around the country instinctively know which territory in their region is conquered ground. And of course, it is a worthy goal for the dissidents in our movement currently stuck in the big city multicultural wastelands for educational, career, or family reasons to put up posters at night and engage in other dissident acts inside globalist-held territory. But as a general strategic rule, the future of our people is not in the big cities.So, the rural areas are composed of largely white, anti-PC, angry Canadians who trace their ancestry far back and hate Justin Trudeau. They can sense that the current medical New Normal being imposed is part of the politically correct New Normal they have been chafing against for decades, but they can’t quite articulate exactly what is happening. Their fake conservative politicians tell them the problem is solely economic or try to misdirect them into only caring about the federal government’s war on the oil and gas sector. They know it’s deeper than that, but they don’t know all the relevant facts about demographics and UN agendas that our movement is steeped in. If they did, their anger would grow tenfold; what’s more, it would be directed against the right problems.

The survival of European Canada is not written into the history books; our culture could very well be snuffed out by the onslaught of mass immigration. But mass immigration is largely directed to the big cities. We can ensure this trend continues by making the countryside hospitable only for our people. By igniting white identity in the rural areas, electing radical patriot municipal politicians and rural MPs, the texture of rural life will come to be more and more white, so to speak. As white identity is awakened, there will be a slow cascade of actions that will simultaneously attract patriotic white Canadians to the rural areas while repelling immigrants. People will start putting up “offensive” billboards; a mayor will shut down a rural immigration program; CBC will reveal that a popular rural MP has ties to “far right” movements online; the construction of a mosque near a small town will be cancelled because of anti-Islam protests; and so on. A rise in white identity can also be expressed more gently, with a revival of May Day festivals, regional or town fairs, rodeos, stores closing on Sundays, the restoration of old churches, and so on. Immigrants will be repelled by angry expressions of white identity because of fear and disgust with “racism”; they will be repelled by positive expressions of identity because it will be viewed as parochial, old-fashioned, and “too white”. 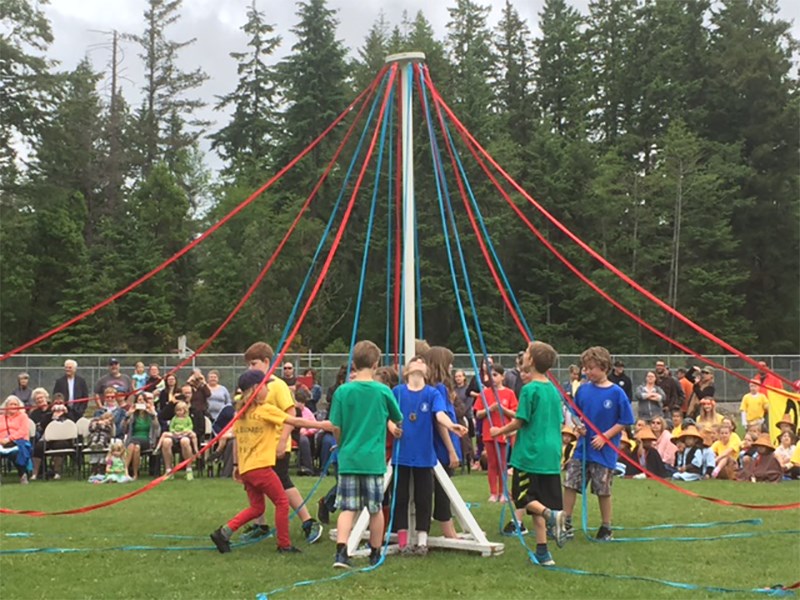 There are some in the Euro-Canadian movement who are in favour of the establishment of a Euro-Canadian homeland within a specific territory in Canada. The user Severus Snape recently made a good case for rural Southwestern Ontario, for instance, explaining that it is near enough to cities experiencing immigration to notice the bad effects but still rural enough to be proud of their identity and desire to resist globalism. As a result, the PPC had a great showing in many of their ridings. I am not necessarily a proponent of this strategy, but I see no reason for a quarrel between the Countryside Option and the Breakaway Option. In fact, a general awakening of white identity in the countryside would be helpful, even integral to the breaking off of a specific rural region.If white identity is ignited in just a few towns, it will spread like a flame across the country. This will not only preserve Canadian culture in the rural areas; it will also provide a safe place for dissidents against the Canadian state to establish radio programs, publishing houses, and other resistance infrastructure without much fear of interference. A parallel society like this is only achievable if we start to spread literature in the small towns to get people onboard with our message. In the future, this website will have a “community activism” section from which pamphlets and other pocket literature can be anonymously printed off and mailed out or posted on community noticeboards.

It’s a rough time to be a right-wing dissident in Canada. When you take stock of the whole situation, it could be argued that there’s a lot less reason for optimism than for dissidents in Western Europe where the demographics are changing slower, or even the crumbling United States which at least has tens of millions of Trump supporters awakened to the New World Order agenda. But, as Seneca tells us, “It does not matter what you bear, but how you bear it”. Let yourself lament this election for a bit, but not for long. Above all else, against all odds, we must be hopeful and optimistic that we can defend European Canada in as much of the country as possible for the next generations that will come after us.