The Lost World of Mr. Whiteman 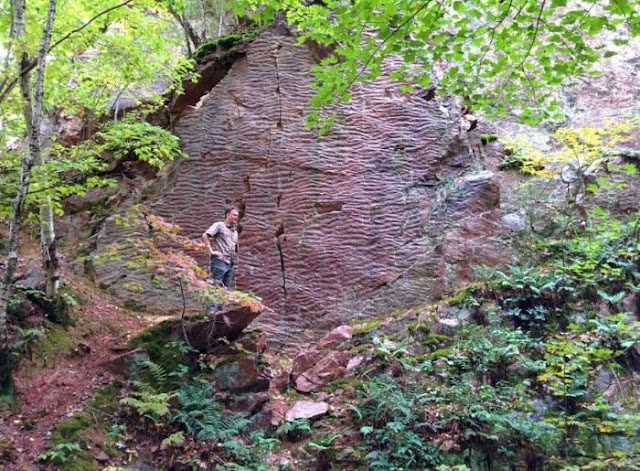 If you want to know who is killing us off, just look in the mirror. I was thinking of that one day when I was walking in a little patch of what might be called wilderness. It’s a long, gentle slope from which the soil has eroded, and I sometimes walk there because the rain brings multiple forms of rock fragments along it. For a half-conscious amusement that day, I looked at some of those fragments, wondering if any were worth taking home.

I can generally identify any rock fragment I look at, and can even say something about its minerals, its origin, and so on. That’s a topic I picked up in my childhood, not because of any special interest, merely because it was one of many subjects I absorbed in those days. Yet I once met a woman who told me she collected rocks, and when I asked her what kind, she just said, “You know, pretty rocks.” None of the above is important in itself, of course, but all is symptomatic of our level of awareness.

I used to spend long hours roaming the fields and forests, and my parents never worried about when I would come home. But that was true of all children in those days, whereas nowadays a child might die if a twig fell on its head. My amusement with rock fragments is like a similar fascination I have had with other aspects of the natural world. I can usually identify any animal or plant species I encounter.

On that above-mentioned day, I realized that if I had brought with me any adult friend, it would have been unlikely that he could identify anything. Yet none of that entails any great wisdom. It’s all just basic things that anyone should know if he is not certifiably deficient in mentality. But our ancestors knew all these things. Nowadays so-called anglophones can’t even speak English, their one language, without making mistakes, and their vocabulary is diminutive.

Talking about philosophy, poetry, history, or any other form of literature is now impossible, because people would assume I was referring to the childish versions that pass everywhere for the real thing. Long ago I largely gave up bothering to mention the “great books of the western world,” or hoping to have a discussion along those lines.

And physically we are like snails without their shells, and would be unable to pass the slightest of frosty nights outdoors without suffering. We cannot imagine stepping out of a car without one or more devices that combine electronics and plastic. We’re greatly inferior to our ancestors, but we’re always looking for someone else to blame. We are dying in the same manner that a plant dies, and nobody “did it” to us, we did it to ourselves. When the enemy hordes come galloping toward us, we will have nowhere to run, nowhere to hide, and there will be no one to blame.