Journalism — Could It Be Canada’s Most Racist Institution? 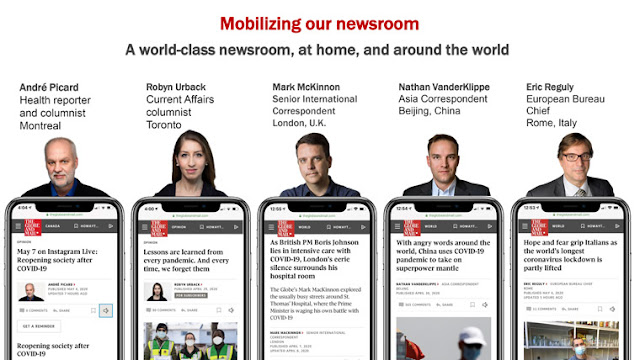 Of course the bigotry behind the media’s relentlessly anti-white, anti-Western agenda is all too obvious. Not quite so blatant, however, is the implied belief in genetic inferiority that reporters betray in their condescension to some ethnic groups. But the least-recognized aspect of journalistic racism becomes clear on meeting enough newspaper journalists themselves. They’re almost all white.According to journalistic logic, that could only mean “systemic racism.”

That’s the standard explanation for racial differences in other employment categories. Just one recent story reported that 95% of Conservative MPs are white, supposedly a searing indictment of the media’s least-favourite left-wing federal party.

We hear similar allegations about all the professions, all important institutions and every line of work that pays at least reasonably well and proffers a degree of social status. Every line of work, it seems, but journalism. Could its practitioners be hurling stones from glass-walled newsrooms?

Outside of the ethnic press, Canadian newspapers could hardly be more white, as indicated by the reporters’ photos appended to their news stories. People who watch TV might notice a higher complement of non-whites, including almost all of Canada’s black journalists, few as they are. But TV journalism is a form of infotainment in which the “journalists” are actors. Off-camera directors not only script the anchorpeople, but often tell the reporters what to ask in an interview and what to say in a commentary.

Where nonwhites exist in print and online media, they’re mostly of East Indian and southeast Asian origin. Not unusually, they produce some of Canada’s least-disgraceful journalism. They also represent generally high-achieving ethnic groups.

But what about those other nonwhites, the objects of so much white liberal pity — blacks and natives? They’re all but absent.

If any Canadian newspaper plans to rectify this, it’s a recent intention probably brought about by the George Floyd martyrdom or unmarked graves hysteria, two recent and very dramatic escalations of the social revolution. But journalists have been pushing political correctness and affirmative action since at least the early 1970s. Canada has now gone through two generations of news reporters and commentators demanding that other industries do what they themselves won’t do.

So journalism is clearly racist, according to journalistic logic. But even a more objective evaluation might agree.

Journalists might be the most poorly educated of middle class Canadians. Before the collapse of institutional learning, other post-secondary faculties denigrated J-schools. The curriculum seems largely limited to computer basics, a flow-sheet for a typical news production cycle and a simplistic formula for creating basic news stories, along with the usual ideological reinforcement.

Never much for reading and writing in the first place, reporters now represent the vanguard of literacy decline. Laughably ignorant of even the concepts of history, economics, political science and other subjects, they get most of their info from social media. That’s taken over from TV.

If they know anything, it’s likely celebrity gossip along with topics like pop culture, consumer items, sports, fashion and other trivia.

Ideologically ultra-orthodox — even more than skin colour, conventionality comprises journalists’ most common trait — journalists can’t think for themselves. As their work shows, they have trouble with basic logic and rationality.

So how is it that only whites can do such a bad job? Again, there’s no end of people from housing projects or reserves who couldn’t do just as badly. They wouldn’t need affirmative action programs to lower standards to their level. They’re already qualified.

True, their presence in sufficient numbers might transform journalistic writing style. One group might specialize in superficial glibness. The other might drone on at length without making a point or drawing to a conclusion. But how could that be worse than the work of white reporters?

Indeed white reporters enthusiastically echo the dumbest of race-hustling rhetoric, with Black Lives Matter just one ongoing example. More recently, some native came up with the term “Own Your Own Truth,” a semantic mess that reveals utterly confused thinking. Yet CBC whites took up the slogan as a stirring call to action. So why do we need whites to propagate such idiocy when we could get it directly from the source?

The answer might be that whites are protecting their jobs and status.

If you have the misfortune to experience their milieu, you’ll witness striking similarities from one newsroom to another, even in different cities. Reporters’ behaviour reinforces the impression given by their work: They function on the intellectual and emotional level of spoiled teenage girls.

Spoiled white teenage girls, that is. This is no place for blacks or natives.

As in many white workplaces, women rule. Male reporters can be arrogantly assertive in other ways, but they show deference to their female counterparts. Even when there’s a “man” in charge, he’s usually scared of the women supposedly under his authority.

Try to imagine these newsroom harridans among non-white men and women. Sure, Asians are generally safe, especially in small proportions. But blacks and natives? They’d upset the newsroom balance of power. Unthinkably, their men would even be allowed to shout back at white women.

White journalists have resisted such a fate for about 50 years. Two generations of reporters have attacked “systemic racism,” called for affirmative action and demanded racial balance in employment. By now newsrooms should have plenty of blacks and natives at every level, including the most senior jobs.

What explains their absence, but racism?

Greg Klein is the author of “You Can’t Say That” (http://youcantsaythat.ca/), a racial satire set partly in the Toronto Star newsroom.