This Labour Day, Let’s Get the Immigrant Labour Story Straight! 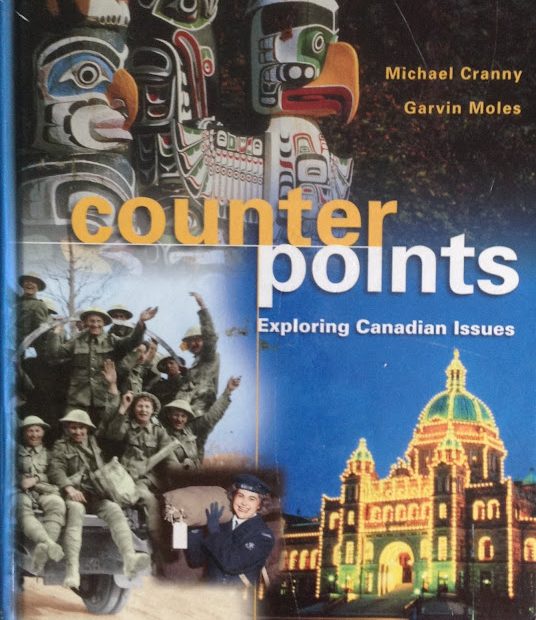 In this bulletin, we ask how young people acquire their views on immigration. To get an answer, we examined a number of immigration-related statements made in the Social Studies 11 textbook, Counterpoints: Exploring Canadian Issues. This book is used in several provinces. In doing this, we discovered that this textbook presents quite a narrow view of Canada’s immigration history. In fact, this view is very similar to that of Canada’s immigration lobby and contains a number of serious factual mistakes which are repeated by many Canadian politicians. In the bulletin, we list the statements the textbook makes and we explain the factual errors in those statements.

We assume that similar mistakes occur in other provincial textbooks.

(1) THE STATEMENT: “In 1907, an angry mob of 9000 people smashed windows and destroyed signs on stores owned by Chinese and Japanese immigrants in Vancouver. This race riot resulted in severe restrictions on Japanese immigration. A year later, there was a virtual ban on East Indian immigration.” (P.9)

THE MISTAKES: The 1907 Vancouver Riot happened after a peaceful Vancouver parade on Labour Day 1907 in which half (about 30,000) of the population of Vancouver participated. The purpose of the parade was to protest a joint Canadian Pacific Railway (CPR)—­Japanese Labour Contractor illegal scheme to import a few thousand low-wage Japanese labourers. Rumours of this scheme had circulated prior to Labour Day and had angered many people. Canadians had concluded that the CPR probably intended to use the Japanese to displace Canadian employees.

To grasp how incorrect it is to characterize the 1907 parade and riot as a race riot, Canadians just have to see the reaction of many British Columbians today to the importing of Mainland Chinese miners by a Mainland Chinese labour contractor. If today or even 60 to 70 years from now, some historian were to describe the uproar over this incident as race-based, most Canadians would laugh the historian to scorn. The reason is clear: As news reports have revealed, the Mainland Chinese miners have been brought here primarily because the Chinese mining company wanted to pay them a lower wage than it would have had to pay Canadian miners. In fact, over 200 Canadian miners applied for the jobs, but did not get them. The uproar today is aimed at stopping this Chinese employer fraud. The uproar in 1907 had a similar purpose.

Re the statement that the riot resulted in severe restrictions on Japanese immigration: It is true that subsequent “Continuous Passage” laws in 1908 did have that result, but the result was justified. The law tried primarily to restrict the inflow of cheap Japanese labour, but it also tried to nip in the bud the inflow of cheap East Indian labour. The reason for the action against the Japanese is clear: In addition to the Japanese workers who arrived to work for the railway, over 6000 Japanese Farm Labourers who were working in Hawaii traveled to B.C. in 1907. It was against Japanese law for Japanese citizens to migrate from Hawaii or other places which Japan had permitted them to travel to. To make such a trip, Japanese were required to get the permission of the Japanese gov’t. When the Japanese gov’t was told about Japanese farm labourers arriving in B.C., it was extremely embarrassed and immediately agreed to a Continuous Passage Law which gave Canada the right to refuse entry to Japanese who traveled without starting their trip in Japan and making a non-stop trip to Canada. The textbook mentions nothing about the CPR scheme or the arrival of the Japanese farm labourers. It presents the Japanese as victims. It also presents Sikhs who later tried to enter Canada as victims. The Japanese and the Sikhs were illegals. Every country has the right to defend itself against illegal entry. Portraying the Japanese and Sikhs as victims is a very serious mistake in a book that purports to be teaching accurate Canadian history.

Re the East Indians: Like the Japanese and Chinese, the East Indians had traveled to Canada to make more money than they ever could in their home countries. But, in doing so, they caused problems for Canadian labourers. Contrary to claims at that time, the East Indians came because the CPR was engaged in more questionable activity: it was selling tickets in India on its steamships to compensate for the sudden drop in ticket sales to Chinese whose numbers had sharply declined when the $500 Chinese Head Tax was imposed in 1904. The textbook omits any mention of this.

(2) THE STATEMENT: “…the federal government tried to discourage Chinese people from coming to Canada by imposing a head tax in 1885. On July 1, 1923, the federal government introduced the Chinese Exclusion Act, ­an Act to halt Chinese immigration altogether. Chinese Canadians refer to this day as Humiliation Day.” (P.10)

THE MISTAKES: The book makes several errors. The term “Chinese Head Tax” is incorrect. The term should be “Chinese Labourer Head Tax”. Only Chinese labourers were required to pay the tax. Chinese businessmen, Chinese students and a small number of Chinese diplomats not only did not have to pay the Head Tax from 1885 to 1923 and beyond. They also continued to be allowed entry to Canada even though a Royal commission report in 1910-11 revealed that the Chinese had committed much fraud by pretending to be businessmen. In other words, the term “Chinese Exclusion Act” is also incorrect.

Ironic as it may sound, the major villains in the early story of the Chinese in Canada are the Chinese Labour Contractors in Canada who parasitized their fellow Chinese and displaced many Canadians in the process. The Chinese Head Tax was Canada’s method of negating the wage advantage that Chinese labourers had over Canadian labourers. Furthermore, Chinese labourers were singled out because they outnumbered the Japanese and East Indian labourers at that time. Furthermore, like many countries today, China, Japan and India had all bred themselves into poverty and had to use emigration and remittances as a way to solve their poverty.

To use a simple modern comparison and to be blunt, Mainland China has become the world’s largest cheap Labour Contractor. With the collaboration of many businesses in the West, it has de-industrialized much of the West and displaced millions of the West’s workers. It is no exaggeration to say that the entire world needs to target China with a new “Chinese Labourer Head Tax” to negate the advantage that Mainland China now has because of its massive amount of cheap labour. The textbook mentions none of these issues.

Re “Humiliation Day” for the Chinese: The textbook airs Chinese-Canadian immigration lobby efforts to make Canada feel guilty. It says nothing about the effects of cheap Chinese labour on Canadians in the late 1800’s and early 1900’s. If anyone had been humiliated, a very strong case can be made for the point that it was Canadian labourers who, although already receiving low wages, had to compete with even cheaper labour. To bring this saga to modern times, the years from 1990 to the present have been “Humiliation Years” for Canada for having to put up with large numbers of Chinese and other immigrants such as Sikhs it did not need and who have caused a large number of problems.