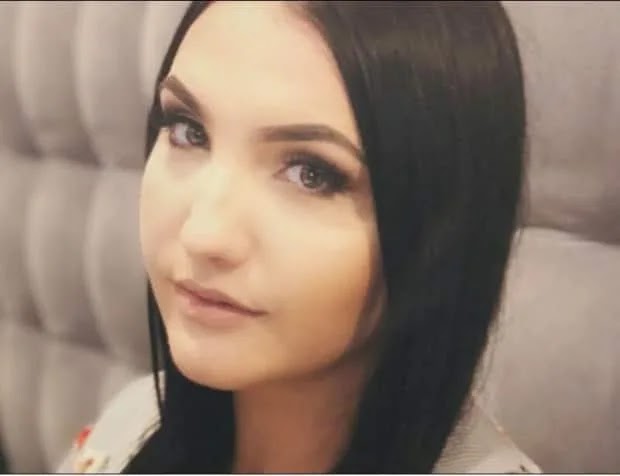 Julia Ferguson died (September 6) after being stabbed at her workplace. The suspect, identified by Toronto police as Osman Osman, fled the scene but later surrendered to police.

While I was browsing Google News to pass the time at work, within two spins of the mouse scroller I came across two CBC articles on the same topic, but each with a different subject. From Canada’s very own Pravda, I give you the first of these two articles:

I. ‘We feel very unsafe’: Indian-Canadians in shock over Truro killing

This article is about a suspicious death of a man in Truro, Nova Scotia. The man is an immigrant from India who had been in Canada about four years. At the time of the writing of the article, information on the death of Mr Prabhjot Singh was limited. This made for a very convenient situation for the CBC to engage in speculative reporting, with the cooperation of the friends of family of Prabhjot.

Prabhjot’s best friend Kumardeep, understandably, was in a state of shock and grief, and the CBC took advantage of his compromised mental situation to encourage him to make it a greater issue than a mere tragic murder. “Friends fear possible ‘hate crime‘ led to the death of taxi driver Prabhjot Singh Katri. Specifically, CBC journalists desire (as anybody who depends on drama in the news media cycle for their paycheque does) to create the impression that immigrants are under constant threat in Canada due to some white hatred. CBC happily cited these words from Prabhjot’s friends: “We are also people. Brown people also matter. We are giving our everything to this country,” he said. “Why is this happening to us?”

Yet, to this day, the police in Truro have yet to identify a suspect for a “hate crime”.

While officially standing for a Canada of liberals and equals, the CBC carries an iron chisel with which to wedge people apart – for if Canada was a country truly at peace with itself, what would there be for the CBC to report on? Of course, the CBC only chooses to wedge things a certain way. In the case of this article, they are aware that there is next to no chance of receiving any condemnation or retribution from the White community for insinuating that Prabhjot Singh was murdered merely because he was a brown-skinned Sikh immigrant, in what was in 2016, the year prior to his arrival, a very White town. Far be it from there being any possibility that Prabhjot or his circle could be involved in any way with Punjabi criminal gang activity (which is a major concern for the RCMP).

Let’s now move on to the second article the CBC released that I read the next minute.

Here again, we have another murder. Again, the murder took place in a Canadian city. Again, the victim was in their twenties. And again, the CBC interviewed the closest next of kin that they could.
Apart from that, the articles are dissimilar.

“Julia Ferguson, 29, died in hospital on Sunday after a man entered the Hicks Adams law firm in downtown Toronto on Sept. 2 and stabbed her while she was working, Toronto police say. The suspect, identified by Toronto police as Osman Osman, 33, of Toronto, fled the scene but later surrendered to police.”

“Osman Osman”! You don’t say! Last time I heard of a Muslim given the same name twice, it was Soleiman Hajj Soleiman, who escaped conviction of sexually assaulting teenaged girls at the waterpark at West Edmonton Mall a couple of years ago.

The article mentions in the second section of the deceased, Ms Julia Ferguson, that “Julia also had a boyfriend with whom she had a “great relationship,” he said.” In the third section, it states “While police would not say whether Osman was a former client or staff member of the law firm, they said he had a “previous connection.” The accused had a relationship with the business premises there but that’s as much information as I’m able to provide at this time,” Castell said during Monday’s press conference. My best guess is that Osman was rejected by Julia at some point, and as regular readers of the CEC are well aware, rejecting the company of a fundamentalist Muslim man runs a woman a real risk of being physically attacked in response.

Julia’s brother Chris mentions to the CBC how much anger he has for his sister’s murderer. But that anger is not shared country-wide. A young White Canadian woman, from whose womb the future of this country was to spring, was murdered by a foreign man. Outside of her personal circle, and a few of us who are racially and culturally conscious, nobody cares! Reminds me of the first article I wrote for the CEC, when I wrote about two other young White women murdered by a Muslim man in Toronto.

I intended, when I first gathered these two articles, to write about them exclusively, to contrast one with the other. But while I was in preparations to send this piece to the CEC, another White youth was murdered!

Headline: “Gabriel Neil, 18, who dreamed of becoming an army doctor, is being mourned after a fatal assault mere days into his studies in London, Ont.”

The murderer in this case? One Aliyen Ahmed.

Unlike the Northern Irish loyalists, who diligently recorded and continue to promulgate the names of every one of their community who were killed by the IRA, White Canada is at large content to scroll by the news headlines of the murders of people of their community and forget about them. This has to change, if we are to survive as a community of influence. I have no doubt that White Canada will continue to exist in some form – but then, so do the Afrikaners. Years of rape, pillage, and murder of White South Africans have reduced their culture to a shell of what it once was. I hope we will not meet the same fate here.